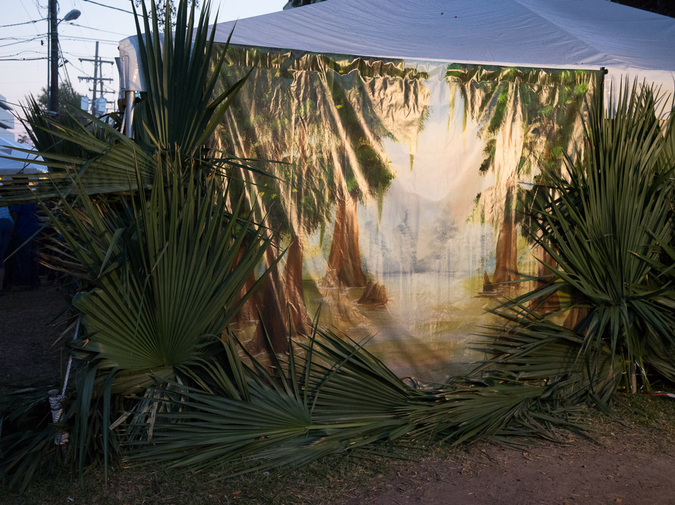 All of the mysterious C-words:

What was the difference between Christianity and Catholicism? In elementary school, when kids talked about being “Christian,” I thought they were talking about race. When they asked me if I was Christian, I said yes. They were white. I was white. They were Christian, so I must be Christian. Then came the follow-up questions, which induced sweating and a twist in my stomach, because I had no answers. Every time these mysterious words came up, I panicked. I knew there was something I didn’t get. They were members of a club to which I did not belong.

I didn’t even know the name of the church. My dad just called it “church,” and the other related words he used to describe it did not include any “Saint SomethingOrOther.” That year, my church was in the classroom of a private high school. It was sort of a secret. One time, when I left the service to go to the bathroom, as the adults were meditating and the other kids were practicing a song about the ocean of bliss, I saw teenagers sword fighting in the hallways. When they saw me, they stopped, and pulled off their mesh masks. They seemed confused by the fact that something was going on in their history classroom on a Sunday morning. Later, my church was held in an office building next door to my dentist.

My religion was a sort of New Age-Hindu-Christian combo platter. We worshipped before an altar adorned with vases of fresh flowers and a row of framed pictures of the religion’s six gurus, the most recognizable of the Hindu figures being Krishna. The only face recognizable to my classmates, I soon realized, was Jesus. The pictures on the altar included a photo of the religion’s founder, who brought his Hindu-Christian fusion from India to the United States in the 1920s.

Church on Sundays consisted of singing songs to the sounds of a harmonium, which is like a mini-piano powered by an accordion at the back, then readings from the Bhagavad Gita and the Bible, along with interpretations of the texts from the religion’s founder.

The most important part of services, though, was meditation. On days when there weren’t enough kids in attendance to call for a simultaneous Sunday school, my brother and I were forced to meditate alongside our parents. My dad told us to focus on divine light entering through the spot between your eyebrows and flowing down your spine. But it’s hard to focus on divine light when a red Pizza Hut sign is glowing through the vertical blinds. Once the harmonium made the long wheezy noise, reminiscent of a fart, we knew that mediation time was over. I watched the dozen or so people around me open their eyes slowly, faint smiles on their lips like they had awoken from a dream – or just noticed that our church was across the street from a Pizza Hut.

For a good portion of my childhood, there were only two other families with kids in our church. When those families were in attendance, my brother and I got to go to Sunday school, which was a lot less boring because we only “meditated” for five minutes and we got to make crafts. Among our peers were Natalie and Ali, kids who were younger than me and my brother, but allies nonetheless. The second pair of kids was two brothers, Benjamin and Charles. We hated Benjamin and Charles. They only showed up half of the time, when they were with their mom, because they went to Catholic Church with their dad every other week. The oldest brother, Charles, was the most loathsome. He was the one who always swiped the picture of Jesus to glue onto his Sunday school crafts when given the choice of the six gurus. He bragged about his dad and Sunday school at the Catholic Church. They got fruit roll-ups and juice boxes. We got vegetarian curry and rice pudding with raisins.

One week, the six of us were playing tag by the creek on the other side of the parking lot after Sunday school. When Charles’s mom called him and his brother to the car to leave, Charles left his jacket under a tree. When he was gone, we took turns spitting and stomping on his coat. It wasn’t very Christian. But neither were we. I felt a little guilty about the example we were setting for Ali, only 5, when he began yelling “stupid dumbass Charles!” as he stomped on the ski jacket.

In college, I usually spent my Sunday mornings in a cafe, nursing a hangover with a sesame seed bagel. But eventually, when loneliness set in, I sought out my secret church, looking for comfort in familiarity. I was not surprised that my local “chapel” was in another bland office space. Before I found it, I accidentally parked across the street at a housing complex. I asked an elderly woman who was emerging from her porch about the address, careful not to use the church’s name, since most people didn’t know it anyhow.

“You’re not going to that meditation cult, are you? They have the devil on their side.” She stepped closer and hissed, “Don’t go there!”

“No, don’t worry, I won’t,” I assured her, got back into my car, and crossed the busy street.

I was surprised to find that this congregation was even smaller than the one I grew up with in metro-Detroit. Thankfully, I was a bit late, so I was able to take a chair in a back row and avoid small talk. There were only five or so people sitting scattered among the four rows of chairs in front of me. I watched their backs sway as they sang the same songs from my childhood, accompanied by the same harmonium sounds. The altar looked almost identical, too. I closed my eyes and sang along. I tried to meditate, and felt, for a bit, that I belonged here.

But when the service was over, the people in front of me all turned. They sensed a new energy in their space. To assure them I wasn’t an intruder, I told them that I had grown up going to the Detroit church. They circled around me, like I was a grandchild who’d returned from a study-abroad, and nodded along, smiling, as I told them about myself. They ushered me to their guest book. They insisted I write down my e-mail address and return next week. I never went back. Still, I feel better just knowing it’s in the neighborhood. As I drive home from the gym, I look for the small sign with the lotus flower logo between the travel agency and the insurance sales office.

Shannon McLeod teaches in Adrian, MI, where she also coaches a youth slam poetry team. She has led creative writing workshops in venues as diverse as a children’s summer camp and a women’s correctional facility. Her writing has previously appeared in Hobart, NEAT, and Gawker. You can follow her on twitter @OcqueocSAM.