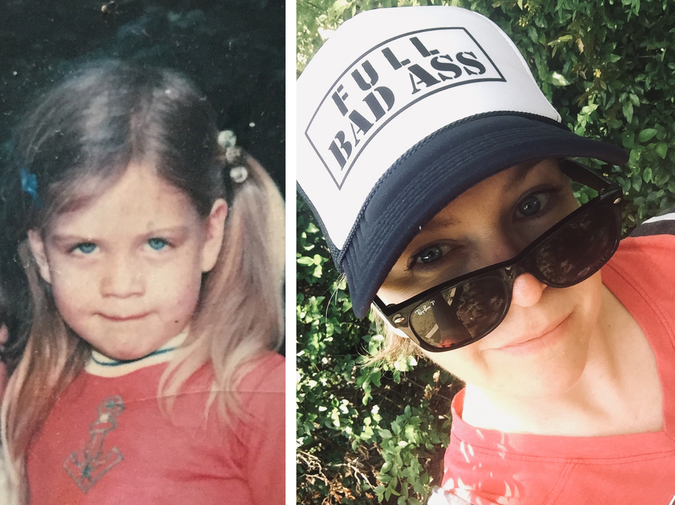 This new doctor smiles as he enters the room, as if we’re sharing a joke though we’ve never met before. “Tell me,” he says, “how many people get your name right on the first try?”

I struggle to remember whether it’s ever happened. Maybe once? Though even then, it’s possible they got an inside tip from a helpful someone who happened to know me. “It’s Welsh,” I say, answering the question he’ll ask next, as if this explains.

You don’t meet too many Siâns, though my name is not as uncommon as people assume. It’s usually in books of baby names. If you look for me on social media, you’ll have to choose which Siân Griffiths you mean[1]. Google my name, and you’ll find a professor of public health, a mezzo soprano, a landscape architect, the education editor of The Sunday Times, and a bunch of other not-mes. U2’s The Edge named his daughter Siân, and we share our name with the actresses Siân Phillips (Dune, I, Claudius, and Clash of the Titans) and Siân Clifford (Fleabag), and Siân Brooke (Sherlock). This isn’t to say that Siân is a common name—it’s never broken the top 1,000 names in the social security list—but we do put in a respectable showing each year, with somewhere between five and thirty-five Siâns named in the United States each year.

I wonder if my mother guessed, when she chose my name, that she was putting me in a group, making me one of the Siâns as other people might be Karens or Brads. Perhaps all names do this, creating a bond between people simply because they share a word, and my name only makes me more aware of it.

The writer L.M. Montgomery, whose own Anne with an e insisted on the relationship between her word and her person, insisted that, if a rose were called a thistle or a skunk cabbage, it simply could not smell as sweet. In grad school, my cohort spent the summer translating French literary phrases to English to fulfill our language requirement: “A rose, if you called it anything else, it would still smell the same way.” The translation made me newly aware of the alchemy inherent in language. Surely, we thought, Shakespeare himself would have to agree that somehow, wrapped up in the cadence of sound and spelling, we create an element of the thing itself.

There was a time when I didn’t love having to correct pronunciations. To be honest, there are still times when I avoid giving my name to strangers—baristas, the Costco pizza pickup—because I know they’ll ask me to repeat it or will write down some ludicrous version. As I have corrected people on how to pronounce my name, I, in turn, have been corrected by the actual Welsh, who are none too pleased with my mother’s version, a variant negotiated with my father. Even so, there’s also something about this experience that I recognize as formative. All my life, I have had to insist upon my own identity.

My mother was a Marie, as was her mother. The oldest of her six younger brothers is a Francis, like his son and our grandfather. My uncle Frank is a Francis Joseph and my Uncle Joe is a Joseph Francis. My mother’s side of the family is big on name recycling, with names shared by parents and children and uncles and cousins. It’s a way of paying homage and creating unity. Or, if you see things like my mother, it’s a failure of creativity.

In the months leading up to my birth, my mom wrestled with these implications. She wanted the name to tie to my family history, her own and more specifically, my father’s. He was British with roots in Wales, and if you want to give your child a name that is neither over-represented nor invented outright, Welsh names are a good option. Hence, Siân.

There were two problems 1) the recent appearance and naming of my cousin Sean, which would have made me a homophone, a repeat, and 2) my mother found the Welsh difficult to pronounce in her thick Philadelphia accents. And so I’m a Siân/Shane. Because my mother wanted to be different. Because my mother loved cowboys and adventure. Because these same loves would draw her west, to California and Idaho, where I grew up. She settled on the punctuation before she settled on the spelling, and so I have a two-page birth certificate. The original lists me as Shane Griffiths, my first first name. The second, created the next day, is a name correction changing the spelling to Siân.

Kids in elementary school told me that Siân was a boy’s name, and even though they were wrong, perhaps this allowed me to think myself unbound by the conventions of gender. They called me Siân the Pain, a literally childish attempt to weaponize the sound of myself against me, and the hurt it caused created something too, something difficult to articulate but bound to sound and language and poetry. Years later, I still wonder if pain is a part of my writing—a trope, a motivation, a rhythm. Like Anne, I have to believe that words create, in part, the thing they identify. A Siân, if you called it anything else, would be an altered thing. A Siân, by any other name, would not be a Siân.

[1] As of this writing, I’m the one in the Associate Bad Ass trucker cap—though by the time you read this, I’m hoping my promotion to Full Bad Ass has come through.

Siân Griffiths lives in Ogden, Utah, where she teaches creative writing at Weber State University. Her work has appeared in The Georgia Review, Prairie Schooner, Cincinnati Review, and Booth among other publications. She is the author of the novels Borrowed Horses and Scrapple and the short fiction chapbook The Heart Keeps Faulty Time. Currently, she reads fiction as part of the editorial teams at Barrelhouse and American Short Fiction. For more information, please visit sbgriffiths.com