My First (and Last) Great Curve 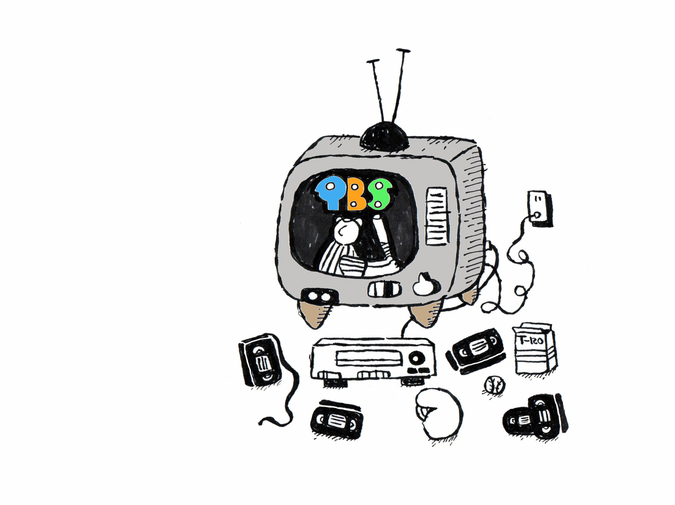 When I was nine my grandfather taped every episode of Ken Burns’s Baseball and mailed me the VHS tapes from Kansas City. I’d sit there in the basement where the TV was, pressing the Tracking button on the VCR to smooth out the fuzzy parts. I memorized whole George F. Will and Bob Costas and Doris Kearns Goodwin bits. When I played with my friends they’d be Ken Griffey, Jr. or Don Mattingly, and I’d insist on being Brooks Robinson.

But of all the runic mysteries involved in the game of baseball, none held more occult power in my mind than the curveball.Alas, the science was ironclad: breaking balls would shred like brisket the tender rotator cuffs of anyone under 14. So I’d waited, laboring in Little League with nothing but a sidearm two-seamer that I fully believed tailed away from lefties. And then came the day of my 14th birthday. I fired up the family iMac.

This was before Google or Youtube; Metacrawler directed me to a guide that showed a ghost-white hand holding red seams, with dotted directional arrows showing how to spin one’s wrist. I held a baseball in my right hand and fiddled with it until my fingers aligned with the seams as they did in the illustrations: middle finger along the ridge of one seam, index pressed in close, thumb crooked underneath. The internet said to snap my wrist downward as I threw, not sideways.

That fall I joined my school’s JV team as second baseman, occasional pitcher, and lousy hitter. Did you know you could strike out on an HBP? I didn’t. My teammates were not kind.

As a pitcher I was similarly unimpressive. In my first outing I was called repeatedly for balks; something to do with my left foot moving. Forget about throwing a curveball over the plate, I could barely find the strike zone with a fastball. But then one day—one day.

It wasn’t even a real game, it was just practice. I was on the mound. Scott Rogowsky was at the plate. If you are a certain kind of Online you are maybe familiar with the name. He is a comedian now known as Quiz Daddy, having shot to some kind of fame as the bearded host of the recently-imploded app HQ Trivia, but when I knew him in high school he was pleasant, clean-shaven, slow, and deeply knowledgeable about baseball. He was a righty. I threw him two strikes (let’s be fair, there were probably a few balls in there too). And then I let Uncle Charlie rip.

I still remember how the ball felt coming out of my hand—like I’d found a groove carved in the atmosphere. The sensation lasted as long as the pitch took to float from mound to plate, and I have never forgotten it. It has vanished into immortality. When Blake wrote that “He who kisses joy as it flies/Lives in eternity’s sunrise” he was talking about baseball, look it up. The ball flew straight at Scott’s head. I could see his eyes widen. He flinched just as the ball hooked a left through the strike zone and sank into the glove of the astonished catcher.

I remember nothing else that happened that season. My rotator cuff held out for another 16 years, until I took one bad swing in a batting cage in Petaluma, CA.

Samuel Ashworth's fiction, journalism, and essays have appeared in the Washington Post Magazine, Eater, Longreads, Hazlitt, Catapult, the Rumpus, and others. He is an assistant editor at Barrelhouse Magazine. He needs baseball to come back.

Mark Neeley is an animator and illustrator from Cincinnati, Ohio. His new, recently released animated short film "Fragments" is currently streaming via his website and at film festivals across the country.