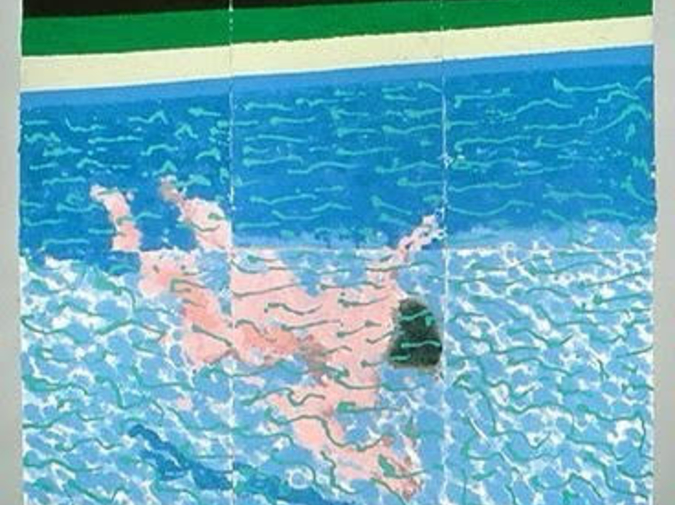 It had been a long frustrating day, but at least he was now bathing in a bowl of milk.

A long, infuriating day of abiding by minor inconveniences, major depressions, grand theatricalities and simmering rages, but at least he had his enormous bowl of milk to swim around in.

Creamy, white, five-by-five, but deep and spacious as a warm summer evening, the bowl let him sink into the milk almost endlessly, so far down that if there was an end to it he had never found it.

And down he sunk, cradled in the cool fresh milk, in his oxygen-dispensing ventilator mask, spinning and revolving, corkscrewing and flipping—Everything went in slow motion in the downward pull of his all-embracing milk.

He did this until he settled deep down in the milk bowl (where he had been fantasizing of returning ever since this miserable day began) and he breathed the canned air, his eyes squinted shut, and he began to feel the day catch up with him.

There had been the small squabble he’d had with his girlfriend, painting a cabinet together at her place, and the miniscule hurt he’d felt when she went over his imperfect coat of primer with her brush, as if he were incapable of doing so well, as if he were a child, because of course he couldn’t do it perfectly, but perhaps his imperfections were what he hoped she would love?

There had been the waiting in line to get into the Super Store, where children and mothers were gathered in the hot sun, one putting a tiny shoe on her son, and rocking him in her arms in a splay of limbs, that look of distant exhaustion in her eyes that said, “I am nothing but the patient waiting of this moment,” and he had wondered——“Was fatherhood for him? Or would it be the squandering of everything he wanted out of life for some worthless resignation to love?”

There had been the overall sag of hurt and depression, the catch-up of self-destruction that he had held in check for so many years, rekindled in the blooming flame of the everyday isolation that kept him inside, shut-up and self-destructing like an atomic bomb that had wanted no greater purpose than to love.

And was this the rest of his life? What had happened to his brilliant, splendid future? Where had it gone so suddenly, so immeasurably? What had become of his love?

But then again, here he was deep in his bowl of milk, the limitless bowl of milk to which he retreated and surrendered every night, in which he found solace beyond solace, calm beyond calm, sweetness beyond sweetness, slumber beyond slumber, night beyond night, and lactose beyond lactose. Here, in the bowl of milk, he found himself suspended and creamy and white. And tonight in this bowl of milk, perhaps, he would be okay.

Mike Gillis is the head writer for The Onion.  His writing has also appeared in The New Yorker, McSweeney's Internet Tendency, Tricycle, ClickHole, Chicago Quarterly Review and PULP Literature. He is currently alive in Chicago.