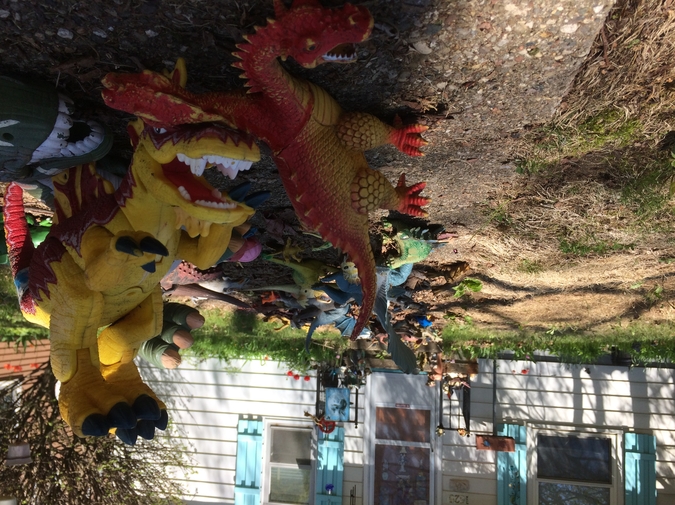 The Saturday before our dead father's ashes arrived, we made a fire and we know that to some people making a fire and adding ashes seems redundant. And it was. He died in a fire and then was burnt in death and now we’d decided to sing ring around the rosy and add his ashes. And we know if we tell that story to anyone else, they’d think we were a couple of witches and we’d say, yep.

Our father had a history of fire stuff plus I think his astrological sign was fire. Our mother is a water sign and for this reason she says she doesn’t get it. And this is also why we secretly wonder why she couldn’t stop him from burning. Who knew water on top of a burning thing makes more burn if there is not enough water. Perhaps our mother is a cracked hose running.

During the day since our father died, we wake up and mill around the kitchen like what we perceive zombies to be. Left. Right. Left. And we do feel a sense of vacancy and we ask each other often if we are home.  Still, we manage to do all the normal daily stuff that has to be done. For example, making sure Phoebe doesn’t die. Because who wants to have a dead father and a dead dog all in the same month? We don’t.

Phoebe doesn’t even remember our father and we are sure of it because if she did she'd certainly kill herself the way some dogs do when their master dies. Instead, Phoebe walks around aimlessly searching for something she can smell but doesn’t know what the something is or that the something is dead. My sister said we should shoot her. My sister’s answer for everything is point blank and pistol-whipped.

We decided we would conjure up the spirit of our father—for like less than an hour. Less than an hour because none of us liked to talk to him for more than an hour because our father was an intense man. A conversation about something as simple as a hangnail could suddenly morph into a conversation about sleep apnea and its impact on slaves. And we all say this laughing. Our father is dead, ha, ha, ha. He was so intense. Ha, ha, ha. It was the sixth ha that we realized we couldn't conjure him up if one of us didn't want him conjured.

Our mother, though not completely a Christian but not completely a heathen, didn’t like the idea of us conjuring up anything and just like Phoebe she spent the rest of the evening bumping into things in our yellow kitchen. And just as we had all laughed ourselves to sleep, we woke to our mother cutting off Phoebe’s head. This is not entirely true—the human brain does a weird thing when you try to recall traumatic events. What is a truth is that our mother cut off Phoebe’s head. What the exact truth is that by the time we woke up to this (we had all had very expensive red wine from South Africa) our mother had cleaned Phoebe up, wrapped her head in saran wrap and wrapped her body in our father's favorite sheets, and also dug a grave for her in our backyard. We know this is an exact truth because I can still remember me complaining about stepping on moss and how it also looked like dog shit in the moonlight. Another mason jar, closed.

Anastacia-Renee is a writer, educator, interdisciplinary artist, TEDx Speaker and podcaster. She is a 2020 Arc Fellow(4Culture) and Jack Straw Curator. Renee is the recipient of the James W. Ray Distinguished Artist Award for Washington Artist (2018), Seattle Civic Poet (2017-2019), and Poet-in-Residence at Hugo House (2015-2017). Renee has received fellowships and residencies from Cave Canem, Hedgebrook, VONA, Ragdale, Mineral School, and The New Orleans Writers Residency. Her poems and essays have been anthologized in: Furious Flower: Seeding the Future of African American Poetry, Spirited Stone: Lessons from Kubota’s Garden, Seismic: Seattle City of Literature and her poetry and fiction have appeared in, Spark, Foglifter, Auburn Avenue, Catapult, Alta, Torch, and many more.