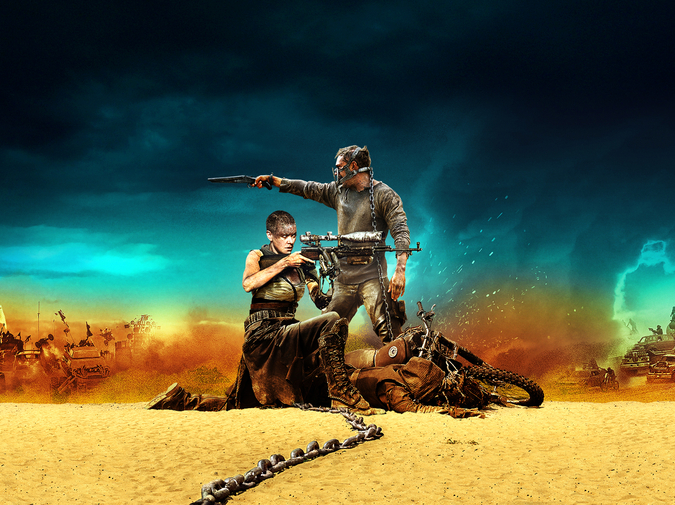 With a decade ensorcelled to its heft, the best boom toward the poesy of where a tersely cinematic torpedoing meets studio budget summer bullshit has arrived every bit the ocular orgasm the trailer suggested. This is how you put money on the screen at the expense of everyone’s poorly lived lives and end up having us thank you for it, for the sublime gotcha of you deserve to be planted higher because we all get planted anyway. Even the bulkiest somnambulist may concur beyond their groceries. Most never said fuck or fucked enough or with panache. Clichés of ambling civility, curl up in your John Locke. If genitals backfire because they have never memorized a grenade, there is no jeremiad parroted or parented from the porkpie internet that can fit the withering dimension between your legs. I understand our scraps are as electronic and read as any posh trumpery. I’ve blundered outside my zeitgeist and into Candyland, but thank Allah this movie trigger warned me with the correct bazooka. Meanwhile, people can fit warehouses of rathood in a pocket and become anyone’s cheese. Good thing nobody with a background online can get hired in the first place. Not belonging feels more and more like banging a rough cookie on the counter these days. I would take pride in my crumbs, if I knew how. It’s good to be alive like a delinquent spaz. Though, hopefully soon, we’re not. No to any of it. Max is culture scalped into a gonzo art lottery with grave influence that stops at Shredder Orpheus. We are for sure an era free of all our Steven Jesse Bernsteins and twice in need of his kind of shave. But pine no more. I saw one ornamental roundhouse of a hotdog dating myself out loud opiate celluloid jissom and two extreme and brilliantly done and insanely affordable for how perfectly assembled they are (the avant garde somehow being supported in this sucky town) local plays. Philip Ridley’s Tender Napalm at the Ringwald, a rabidly divine execution of a froth-hailed stage master from beyond in-yer-face theatre to now showing the best (both of these plays here on par, I bet serious money, with ole NY’s fanciness) extreme Artaud cruelty acting and expert direction and lighting to present the blast proper. Leaping at the audience, sweat flickering, tearing and fucking each other to blood, illuminated with fangs at their halo to nip the theatre right in half. And then, if I’m not already donating my nervous system to joy itself, in the same week, the long sought by me, long reigning Detroit masters of the area’s rare avant productions, who I mistakenly thought were gone, but who moved to the Abreact, some of the folks behind the retired Zeitgeist Theatre, prime theatre of the state that had to be ended for being too amazingly artful, return with my personally most valued Pinter play, and I hadn’t seen them since I was in high school (their balls-out, annihilating take on Godot), Jesus, yes. Of course, John Jakary and everyone knocked it out of the park, performing in the back room of a loft, my friends, with people passing through to their apartments and bass beats that only added to Pinter’s intensity, actors with goddamn verse and teeth, awake and goddamn alert as any mammalian pulse, just phenomenal, just, I’m lying down as I scrawl this. My heart attack is handy. I got to see Pinter in my homegrown ghetto’s noise. Will my privileges never have me killed enough? O, my secret, pinching bliss. O, my bliss hurts. Too much bliss!