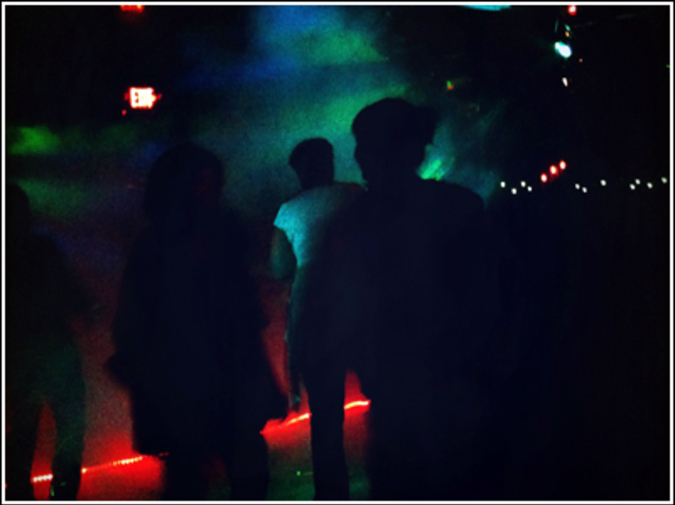 She is not a warthog in the zoo. She travels with a whip and rope through space and time. She is not a girl but feels like one. She understands the principles of Schrödinger and Heisenberg, spherical harmoics and wavefuntions — the thermodynamics of Edith Piaf.

She gets out of bed and her fucking back hurts from wet tee shirt Tuesdays at Barrios. I love you, her mother says. But — all is not full of love. She is jealous of her son because now he has bigger tits and is taller than her. Her beauties hang compared to his and she wishes she were young — like when she was a prostitute in Queens. They eat Popeye's for breakfast because they love fried chicken. Sometimes her mother wishes she were a man too. How beautiful you are mom, she says — the face of a bulldog.

She takes her mother to lunch. Asks if she wants to get Thai next to Friday's on Biscayne Boulevard. You sick son of a bitch, she hollers. I'm not into bondage. Let's get curry instead. The curry sucks. Next time, she says: we'll get Thai.

He is tiny for his height. Celebrates close to the edge. His wife knows he is gay: No me toques hijo de puta. It doesn't stop him from trying. She asks her stepfather how much he'll pay but her mother laughs. He hands her spare bills and a bag of cocaine — not for that price.

She can't cook. She's a klutz but she can fry huevos fritos because her manager Fernando is Cuban. He is a cook at la Caretta. At Publix she resells the coke and gives head to the cop who guards the parking lot. Tastes good, he says. She doesn't protest because he's not her type. Nice, she says.

She is a boy when she realizes she has a fetish for loose change. She is almost a girl when she collects coins and arranges them heads up. She finds solace in stacking coins and playing Monolopy. She works on the side because her mother isn't well off and is often topless at home with ponytail Bob. Her mother suggests a service related business— one that won't interfere with your education. She undreams of the business school that isn't written into her DNA.

My fucking back hurts, she says to Beatrice. I love you. I always have. She is jealous because her Shih Tzu is always happy, satisfied by her existence. It is wet tee shirts at Barrios tonight again and she decides to sit this one out. Her tits won't be replaced for a few more weeks, hasn't decided yet when the rest will go. I'll be my mother one day, she thinks. Flies circle the lava lamp.