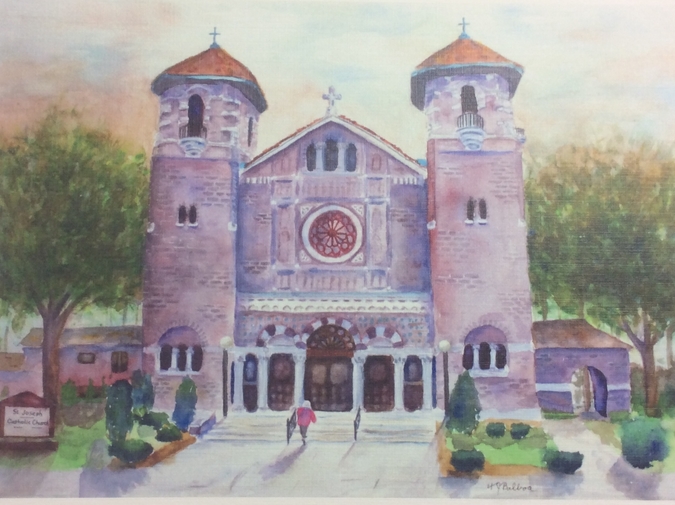 The church’s pastor was a learned man. A handsome orator with compelling diction and delivery, his broad shoulders and lean build conveyed a lingering athleticism that added to his charisma. He filled the church each Sunday with congregants lured and comforted by his rote discipline.

But Jesus was drawn there not by the burgeoning congregation or its pastor. No, it was the melancholy and despair—hidden just below the surface of their friendly smiles—that beckoned him there. The pastor set stark parameters of law and piety and took pains to build elaborate sermons heavy with holy admonitions from the bible, a book he knew frontwards and back. He could spar with the best exegetes over the proper translations of Greek and Hebrew.

He was zealous to save his congregants’ souls and often preached on forbidden love, citing love’s allowable expressions only to make the contrast. He’d rail against the sins of the flesh peddled, to use his terms, by whores, homosexuals, fornicators, and adulterers. His flock, for their part—perfumed with hair coifed and preened in pressed shirts—nodded agreement in quiet reverence.

“They’ll pray soon,” Jesus whispered to his elders—the ecumenical gods of ancient times whose eras had long since ended. His flock had wandered so far afoul that he had asked them for help.

When the pastor called the congregation to prayer, Cupid’s eyes grew wide with disbelief. Erato gasped. Gods see mortals most clearly when in prayer. The love in their hearts was stilted, caged, sterile.

“He’s never allowed himself...” Erato said, gesturing at the pastor. She didn’t need to finish her thought. Jesus and Cupid saw it plainly, too.

“That one knows envy more than love,” Cupid said, pointing at a woman with red locks of hair and knee-high leather boots.

“Did you notice him,” Jesus said, nodding toward a man about the pastor’s age but smaller of frame with narrow, sloping shoulders and tight black curls. His vibrant, green eyes set against his dark skin and hid his sadness and longing.

By the time the opening prayer ended, the three deities had read the souls of each congregant, each with war raging in their own hearts.

“Unnecessary,” Erato finished the thought for him.

The pastor approached the lectern to begin his sermon.

“He’ll not slander you tonight,” Erato said to Jesus. And as the pastor opened his mouth, Erato’s eyes glowed a foggy white as her lips moved in passionate whisper, a goddess in a place of worship, awesome in beauty and power. The pastor’s tone was transformed, enchanted by the muse, moving all who heard, like a poet whose cup overflowed with wine. Gone was the legal, structural application of Scripture. His words flowed freely like honey from the comb on a hot August day. He recited poetry—original, impromptu—fresh from his uncaged heart. The congregants drank his words, gulping mouthfuls.

Cupid, for his part, nocked and loosed arrow after arrow, opening the hearts of the congregation. “I never miss,” he assured the Annointed One. “Not once.”

The church itself throbbed with life at the preacher-turned-poet's words: wooden pews undulated as fingers massaged the newly discovered texture of soft leather bibles. Shirts were unbuttoned to allow the caress of air on skin. Shoes kicked off, toes curled. Blood coursed through veins, faces flushed. Heat emanated from their lips, their hearts, their sex.

The woman with the knee-high boots and red locks turned to the widower in the pew behind her. Their eyes met in invitation and, tentatively, fingers ran through hair. She leaned in and the two exchanged a tender, lingering kiss. But it wasn’t just them. All the congregants seemed to see each other—each other’s radiance, each other’s vulnerability, each other’s longing—for the very first time.

“Or Jonathon and David,” Jesus concurred. Cupid’s arrows hit their marks and the two men found each other. Words fell from the preacher poet’s lips.

Green eyes glancing, cast their spell
Pulses dancing
Spirit wanting
Green eyes cast their spell
Two souls, infinite in this moment
At the crossroads, crossing paths
Would you allow me to make a new start?
What would it mean if I opened my heart?
I look at you and my spirit flies
Love no longer calcified
I want to touch you, your skin on mine,
Burning, rolling, love divine
What would it mean if you let yourself smile?
Ambling together down the aisle
Like water returning to its source
We’ll find a way and change the course
Green eyed moment, come to me
Green eyes come, I journey free

The pastor closed his bible and stepped down from the lectern, taking green eyes' hands into his. Light flashed where their fingers touched. The congregation’s uproarious bliss shook the very foundations of creation itself.

Jaime Balboa earned his BA in English Literature and Writing from Adrian College. An editor for Flash Fiction Magazine, his fiction has appeared in The Timberline Review, Lunch Ticket, Streetlight Magazine, Chaleur Magazine, and elsewhere. He and his partner live in Los Angeles where they are raising a son. Follow him on twitter @jaimerb.