Looking For Love At A Celibate Barbecue 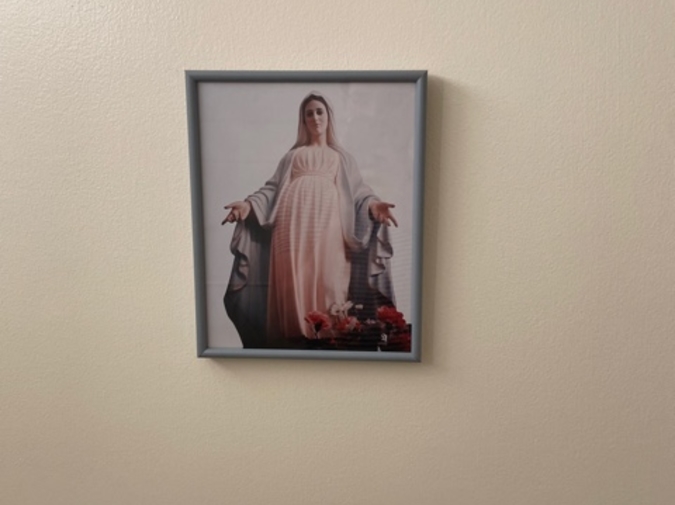 You got to the barbecue a little late.  Fashionably late, as the expression goes, although it seems a bit silly to use that phrase considering the crowd we were with.

I had already been there for about an hour, long enough to feel slightly uncomfortable as both the only young person and the only gay person at this event.

Don’t get me wrong—I was not the only man here who was attracted to other men.  We all were.  But I was the only one who allowed himself to act on that attraction.  The rest were either celibate, like my friend who hosted the barbecue, or in heterosexual marriages, managing their same-sex attraction like a stubborn weed that keeps growing back no matter how many times they spray it with that cancer-causing weed-killer I keep telling my mom to stop buying.

I was in the middle of a pleasant little chat with a 7th Day Adventist pastor when I saw you.  I saw you from behind, at first.  Your curly brown hair and tan arms were the first things I noticed about you.  It’s strange, the things we think we know about a person based on just a few details.  The broad shape of your back, the smoothness of your skin—they all filled in the blanks to tell me that you were gorgeous before I ever saw your face.  And when you finally turned around, and I did see your face, it was only the confirmation of something I’d already decided a long time ago.

“I just can’t believe these priests who are blessing same-sex unions,” a man in wire-rimmed glasses lamented, his plate of potato salad coming dangerously close to flying out of his hand.  “It completely spits in the face of my journey.  And it goes against the teachings of the sacredness of marriage between a man and a woman.”

I suppressed an eye roll that screamed to be released.  It was a strange sort of glass closet, being here.  Almost as though I were hiding in plain sight.  I was completely open about being (actively) gay to anyone who asked, sure.  But I also didn’t feel like rocking the boat and challenging anyone else’s beliefs.  I was simply there to see my friend at his yearly barbecue, to play witness and remind myself that my little bubble of West Hollywood was not all that was out there.

You were the unknown factor.

I wanted to find an excuse to talk to you.  The pastor was a great conversationalist, sure.  But you were young, and you were handsome, and I felt drawn to you.  I could feel the panic building in my chest as I watched you out of the corner of my eye.  It was the strongest kind of FOMO—a desperation to be near you.

I am here, but I should be there.

The pastor droned on, talking about something I can’t remember while I tried to pick up pieces of your conversation.

You were from Texas.  You were a psychotherapist.  You were trained in the piano.

My eyes lit up.  I took 10 years of piano lessons!  Was that my in?  No, it couldn’t be.  I hadn’t played in years.  Would it be any more obvious that I was just looking for an excuse to talk to you?  Plus, now a man from Fresno had joined the pastor in our conversation, and I didn’t want to be rude.

I would have to wait for our moment.  Surely we had all night.

“And then after I came out to my wife, she stumbled across People Can Change,” said the man from Fresno.  “It was such a wonderful program.  I went to their retreat, learned so much about myself…”  Then, a sadness.  Almost imperceptible.  “It didn’t really change anything, though.  I’m still attracted to men.”

“But now you have a greater awareness,” said the pastor.

“That’s half the battle,” agreed the man with the wire-rimmed glasses.

I smiled politely, swallowing the sorrow rising in my chest.

“Perhaps they should have changed their name to People Can’t Change?” I wanted to ask.

But I kept my words to myself.  A silent facilitator.

“My ex-boyfriend was from Fresno,” I said instead, at a loss for anything else to add to the conversation.

“Was he cute?” the man from Fresno asked eagerly, his eyes lighting up.  I felt a pit in my stomach.

As the night wore on, I kept my eyes trained on you.  I wasn’t obvious; that’s not in my nature.  But my eyes returned to you time and again.

The seat next to you became empty.  I wished that I had the confidence to fill it.

I wondered if you were feeling the same way about me.  Did you look at me when I looked away?  Did you see me standing over by the grill and think I was handsome?  Maybe you were simply biding your time until you could slip away, make your way over to me, put your hand on my lower back, and whisper into my ear, “Thank God someone like me is here”.

The sun was starting to set, and you and I were no closer to meeting.  I was beginning to get desperate.  I hadn’t even learned your name yet.  You were standing by the table with the food now, deeply engaged in conversation with a bald man in his late 30s.

“Excuse me,” I said politely to the pastor and the man from Fresno.  “I’m going to get another potato ball.”

I walked over to the table, my stomach too full to actually handle my excuse for coming over here.  I pretended to peruse the options spread out before me as I eavesdropped.

“Dating is a trap,” the bald man bemoaned.  “It just brings out the darkest parts of you.  The self-hate, the loneliness, the fear.  Of course, I could just be trying to make excuses to justify why I don’t do it.”

A smile fought its way across my face.  At least he was forthright.

But again I began to wonder.  Did you date?  Were you like me, a gay man who believed in that elusive combination of sex and love that seems at times like the luxury of the straights?  Or did you buy into all of this, sealing the unhappy fate of the rest of your life before you’d even reached 30?

The conversation soon shifted to the archdiocese.  That was as good an opening as I was going to get.  It was now or never.

“Are you both Catholic?” I asked politely.

I smiled.  “I’m Presbyterian,” I said in a tone much flirtier than could really be considered appropriate for that combination of words.

“I used to sing at this Presbyterian church,” you said.  “But then the pastor would always preach in favor of gay marriage.  I just felt so uncomfortable.”

My next words turned to ashes in my mouth.  This wasn’t right.  The blanks were filled in all wrong.

“Talk about a fundamental difference of beliefs,” the bald man replied.

I had no idea what to say.  And then suddenly I did.

“It’s interesting,” I said, suddenly buoyed by the giddiness of a man about to jump off a cliff.  “I was youth delegate on my church’s session right when they started allowing openly gay people to serve.  Which I was a big fan of,” I added, “since I’m gay.”

“That is interesting,” you said, your beautiful face giving away nothing underneath.  “And before that, would they allow celibate gay people to serve?”

It wasn’t a direct challenge.  Not really.  But I honestly couldn’t help myself.

Maybe it’s because when I look at you, I can’t keep my mind from wandering.  I can’t stop it from imagining what it would feel like to make you laugh, to see your handsome face stretched in a smile, one of those big ones that show all of your teeth and cause your dimples to come out.  I think about you and I wonder what it would be like to feel your lips on mine; to run my fingers absentmindedly through your curls while we watch a movie on the couch; to look over at you from the other side of the bed in the early hours of the morning, watching you breathe slowly in and out as you sleep.

And then, in the middle of my mind’s impromptu journey, I feel profoundly sick to my stomach.  I imagine thrown plates; slammed doors; me crying on the couch, asking you again and again why you won’t touch me.  Why you think we’re so wrong, me and you.  Why you can’t just get over yourself and love me.

What is holding you back?

It’s my own fault, really.  I choose these infertile planting grounds for a reason.  If the seeds don’t take root, it’s no failing of mine.  The soil was bad, we all know that.  Nothing to be done but to pack up and plant again elsewhere.

And still, I wonder.

I wonder if you did think of me, after all.  I wonder if you wished you had come over and talked to me more, or if you simply thought that I was someone best to be avoided.

I wonder if you ever allow your mind to wander in the way that mine does, although I don’t, really.  I know enough now to fill in the blanks.

Joe Leonard is a freelance writer and Active Gay living in Los Angeles. You can read more of his essays on Theodoredandy.wordpress.com and follow him on Instagram at @joecobbleo.