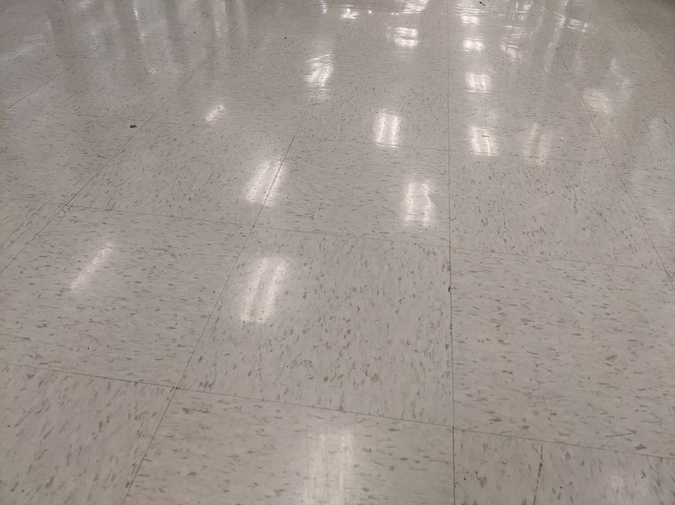 At the Metropolitan Ave Kmart, there was a parking lot in the sky. When I found it one day, driving aimlessly down one street, then another, I felt I was touched by a merciful god. This would be great! After all, I could shop for the essentials and park the car for free on the roof. I wouldn’t have to pull the kids out of the car, with traffic zipping by. I could take my time and collect my thoughts. Theodor kicked the back of my seat. Sawyer was sleeping. I finished my Diet Coke and watched trash bags swirl across the parking lot.

Sawyer remained asleep as I moved him from the car to the stroller. Theodor hopped out of the side door. His hair was long. Heather never wanted to cut it, as doing so would cut short the baby in, would remove something that marked his beginning. I pushed the stroller and held Theodor’s hand as we crossed the sparsely filled lot. Patchy, like the whiskers on an old woman’s chin. I rubbed the back of Theodor’s hand with my thumb, easy. In the streets I had to hold his arm in a brutal grip, which sometimes hurt, Theodor told me once.

In one direction Manhattan sat out in the haze like a beaten photograph. In another direction gravestones grew from the ground like dragon scales, for as far as I could see. There are so many graveyards, so many buried bodies in New York. Houdini’s grave is in Queens, Gerry told me once, in a Jewish cemetery in Glendale. But could we be sure that Houdini was actually inside of Houdini’s grave? To me this seemed too obvious of a trick, that the grave was empty. Like the guy hiding a ping pong ball under Solo Cups in Central Park.

I didn’t know how to answer him, as we stood before the automatic doors outside of the “Food Court,” which evidently could be entered from the roof. We needed some cheap underwear and some milk and shampoo. But really sometimes we just did errands as something to do. Someplace to be. In the reflection of the automatic doors I saw an image fit for a carnival funhouse mirror. Theodor stood at my side, adorable and small. I was a grotesque, stretched out version of him. Dangling my long arm to touch him, the inner tube around my waist disrupted my form. I was an adult alien in possession of human children. The government was going to capture me and put me in a lab. “That’s a good question, T,” I said finally.  “What are we here for?”

The food court was not really a food court, but a single Nathan’s Famous Hotdogs which seemed open for business but abandoned by its steward: The last Nathan’s Famous Hotdogs at the end of the world. Would I be setting a good example by reaching behind the counter for a sack of fries, for a little cheese cup? I guessed not, but my own father was decent in all sorts of ways that I would never emulate or respect fully.

A security guard stood next to the escalator. He was an old black man, with a big loop of keys hanging from his belt. He was not worried that I was an adult alien. After I collapsed the stroller and propped Sawyer against my chest, the security guard walked up silently and took the stroller from me then gestured for us to get on the escalator. He stepped on after us without a word. Down, down, down, the stairs turned, no bottom in sight.

“How far does this escalator go?

Silent as the Riverman, the security guard picked at something in his teeth. At the bottom of the escalator, he unfolded the stroller and I put Sawyer back in. I nodded my head and gave thanks. He simply walked back to the escalator and floated back up into the sky.

Across from the Kmart entrance was the blighted out entrance to what was formerly a Toys R’ Us Kids. The only evidence of its existence was the dirty outlines where the logo letters had been pulled from the wall. A flickering fluorescent light reflected off the floor in the wide hallway. We moved toward the sliding doors of the Kmart. Outside a sign read: GOING OUT OF BUSINESS SALE. My heart sank. My Kmart love affair, like so many of my affairs, would be over before it ever began.

Figures moved between scant aisles of sneakers and T-shirts too big for almost anyone. I grabbed a cheap box of Cookie Crisp that had been kicked across the floor, a motorcycle cover discounted to five dollars, though I did not have a motorcycle. In a place like this, at a time like this, where everything was greatly reduced in price, I almost expected to find a pure treasure that cost almost nothing: a Randy Moss rookie card, a Playstation 6, an ancient samurai sword. All for a dollar a piece.

Two short men with mustaches and brown skin shimmied hand carts under merchandise end-caps and wheeled them through swinging doors at the rear of the store. I felt the store, felt the carcass it would be. Just another room soon. Just another place to be taken by the vines and the rats and snakes, when this was all over.

We walked through the aisles. Nothing caught my eye. Then an old woman emerged at the end of the row dragging an oxygen tank. She swirled her head at us and stopped. Wires run up from the tank, over the lace of her brittle blouse. She snapped her head at me and the kids. Theodor moved behind my leg. I smiled and she grimaced, like she had smelled a rotten chicken carcass. With two fingers she shoved her air nose piece further in, then turned and shuffled away. Her gray hair was long, snarled and stiff against her back.

At the checkout counter a little line had formed. The staff was as depleted as the merchandise and there was only one cashier to check everyone out. Toward the front of the line, a few customers away, a little boy sat in the shopping cart and cried. His mother gave the boy a tablet with a heavy duty red rubber Elmo cover. The boy threw it on the floor and wailed. The mother gave it to him again. She was scrolling on her own phone. The boy threw it on the floor again. Mets scarves spilled over the sides of a bin onto the floor. Theodor was prying open a cooler of Gatorades and sodas next to the checkout. I pulled him toward me. The little boy wailed and threw the Elmo tablet on the floor again.

Suddenly, the boney old hag with the air tank wheeled around and put her mean face on the mother. “The baby doesn’t want your phone. He wants you! Take care of your child!” The mother shrugged. The boy wailed on. I looked at Theodor and I bit my lip. How badly did I need this box of Cookie Crisp? How bad did I need the motorcycle cover for the motorcycle I didn’t own? Was it worth witnessing the old woman screaming the flesh off the young mother’s tired face?

Then the Mean Queen of Queens said, “Oh yeah, you gonna shrug at me you stupid bitch. Maybe next time you close your legs if you don’t want to take care of your child. Maybe next time you fuck your phone, you stupid fucking cunt.” And she kept going on like that. Scabby blood sloshed out of her mouth. The mother picked up the tablet, picked her son out of the cart and left the store, without saying anything, still scrolling on her phone.

“Hey! at least put the cart away,” I said mostly to myself.

“FUCK YOUR PHONE YOU DUMB CUNT,” the Mean Queen of Queens barked like a werewolf and barfed green blood. Sawyer rubbed his eyes and looked up at me. “The Middle” by Jimmy Eat World started on the PA system and the old woman barfed more green blood. Theodor laughed and pointed.

Sean Williamson’s feature film debut, Heavy Hands, was an official selection to the 2013 Raindance Film Festival (London). He hosts the audio storytelling series, Blight: Stories in the key of Decay and Repair. His writing has appeared in or is forthcoming at Post Road, Juked, The Drum and The Millions. Sean was awarded the 2021 Hamlin Garland Award for fiction for the story "Never the Hero".