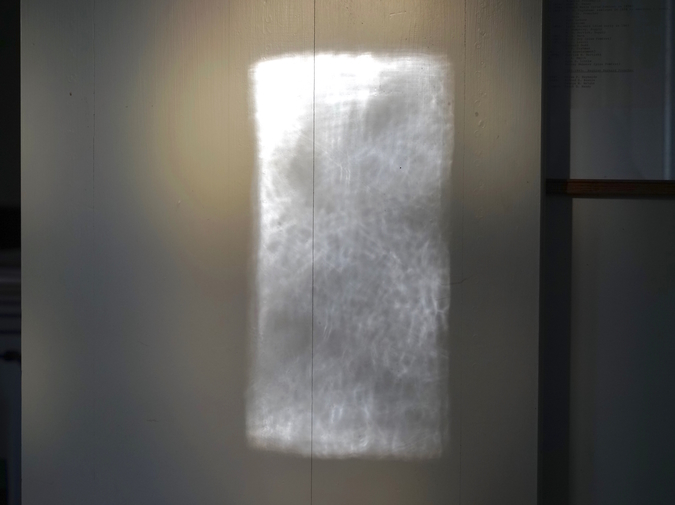 The museum had a room of flint and fire.  The next room had torches, and it would not shy away from their uses by angry mobs.  Molly liked that the Museum of Light was honest.  Inside every light is a seed of darkness, one interpretive sign began.  It is light’s job to prevent that seed from blooming.  There was a whole wing devoted to Edison and incandescence.  A station where you could refine petroleum, skim the paraffin, make a candle and take it home.

And then the tornado.  They called it an F5.  It left a gash fifty miles long and half a mile wide.  The museum was a rubble of ingenuity, and no one had power for five days.  What were the desperate to do?  The rescue team could only salvage flashlights with batteries run down by grade schoolers and sodden pamphlets about the nuclear hocus-pocus of the sun.

Molly was almost inconsolable as our candles evaporated into nubs and we ate strange meals from the refrigerator before the food could spoil.  The fourth night was the worst, just a uniform sheet of blackness, the prophecies of the museum come true.  There must have been clouds—no moon, no stars.  But Molly caught a sidelong glint and ran to the window.  There was a yellow flicker.  Then another.

“Light!” Molly cried, and called me over to see.  I squinted at what appeared to be a fluxing constellation.

“They’re just fireflies,” I said too quickly.  Even in the dark, I could feel her staring at me hard.

A pause so still it howled.  Then:  “Light,” she said again, and, even in the dark, slipped her hand into mine.

B.J. Best is the author of three books, most recently But Our Princess Is in Another Castle, a collection of prose poems inspired by video games.   He has recently published flash fiction in Pleiades, Moon City Review, andThe Cossack Review.  I got off the train at Ash Lake, a verse novella, is forthcoming from sunnyoutside.  He lives in Wisconsin.