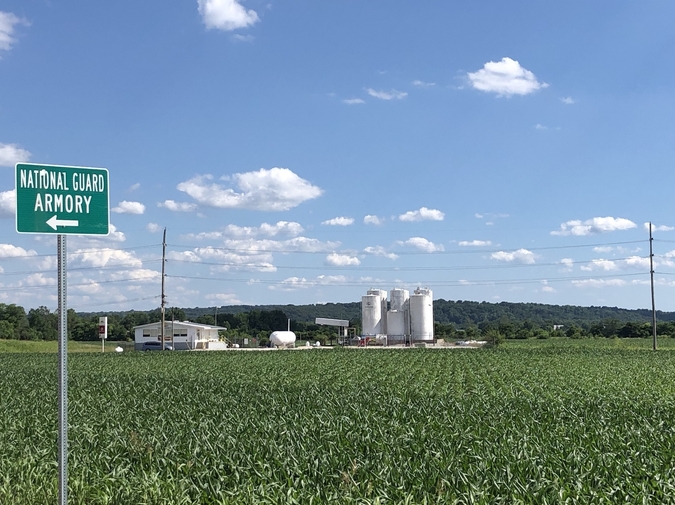 This is not the weirdest thing that’s ever happened to me. I know that I should be sad, or at least look sad, or somber, as I go through the things in Johnny’s room. He’s dead, and shockingly so, but right now all I can feel is amazement and dismay that this man, formerly my mother’s fourth husband, had so many goddamn knives.

Out of all the weapons in this one small room, including 23 guns of varying shapes, sizes, and colors (one is pink, for my mom – a gift she didn’t want) and what appear to be a pair of nunchucks sized for a large rat, the knives are the ones that most fascinate me. The sheer kitsch of it all, this mirrored shrine guarded by a statue of a three-headed cobra rearing back to strike, compels me. I’m supposed to be looking for paperwork that indicates Johnny left more to my mother than a $4,000 car soaked in gasoline with $11,000 owed on it, and their mortgage. There’s meant to be some kind of life insurance info in this bedroom-cum-office that two nights ago, he slept in, not knowing that his need to pee in the night would wind up being the death of him. Two nights ago he was in this room, surrounded by his display case of knives. He was also surrounded by his multiple diplomas and the photo collages he created of my mom from all the years of her life before they were a couple. He couldn’t see those in the dark when he got up at 2:00 am to open the basement door instead of the bathroom door, and fell to his death.

I can’t help but reach inside the cobra cabinet to pull out a knife that looks like it came from a Franklin Mint ad. It has a metal sculpture of an eagle’s head on the hilt. It has an eagle on the sheath, flying with claws outstretched in front of an American flag. It has the same eagle on the handle, slightly smaller. And it has two poorly-aligned blue rhinestones at the tip. Since it’s the Fourth of July, I take a photo of myself with this fine knife and send it to my husband. My eyes are crossed and I look like I’m yelling “’MURCA!” Or so I hope. That’s definitely a lot easier than saying “I hope my mom doesn’t decide to kill herself with one of these guns or some pills'' in a text. But that’s what my brother and I are worried about.

On the way here from the airport yesterday we passed field after field of crops. They were pretty, lush, green. I tried to focus on the landscape, the landscape my mother grew up with, and her mother too. I didn’t want to be here, but I was. What kind of person can’t choke back their family history enough to show up for their mother and brother in the midst of a tragedy? A person like me, almost.

My brother had only arrived the day before. He was driving our mother’s car. I pointed out the fields to him as we passed, thinking about at least putting my feet in some grass that wasn’t full of NYC dog pee and who knows what else. He told me that we were in RoundUp central. Each of those fields was toxic, full of pesticides. These were not the bucolic fields of my grandmother’s youth. This was a place that confirmed my city-dweller’s suspicions of small town suburbia – a place where bad shit happened like everywhere else, but yet people kept their doors unlocked. A recipe for disaster, like my mom’s fourth marriage.

Shortly after I discover the weapons, a man identifying himself only as “Crud” shows up on the porch. My mom, dazed and underslept, steps out to meet him without any further context. They talk for a while while my brother and I eye our visitor with suspicion. Crud turns out to be someone’s cousin by marriage. His appearance on the porch, while unsettling, is also the comic relief my brother and I need. Later that day we are back in Johnny’s bedroom looking for paperwork and trying to be optimistic. All I have found is a flyer from the NRA advertising their life insurance. The flyer promises a pen made from A Real Bullet as a perk of signing up. I add “Call the NRA” to my mental to-do list and really, really hope we find that pen.

Calling the NRA is a bust. The man on the phone informs me that Johnny had signed up for their life insurance, but stopped paying on it about a year back. Sitting on the floor of his room, surrounded by piles of garbage and feeling defeated, my eyes are drawn again to the cobra cabinet. How could I have not noticed the brass star-shaped knife that seems to have blades at the end of each star point? I take a photo of it and send it to my husband. He texts back quickly. “WTF, is that the knife from Krull?!” I google it and yes, this is a replica of the knife from the 1980s fantasy movie Krull.  It sells for between $120.00 and $489.00 online and is described by the seller as “a magical weapon that would return when thrown.” I can’t figure out how someone would even hold this thing without cutting themselves. A magical weapon indeed.

This search for paperwork is getting increasingly bleak. We realize that we all need to eat, and since it’s the Fourth of July, which is also my mom’s birthday, we try to find a place to take her for dinner. The few restaurants here are either already packed with people ready to see fireworks or closed for the holiday. We wind up at a Subway where we huddle over the small yellow table, grateful for any food at all at this point. In an attempt to lighten the mood, I point out that we were able to select exactly what we wanted on our subs, and isn't that what freedom is all about?

Mia D’Avanza (she/her) is a writer and visual artist. She grew up running amok in the natural landscape of Florida but now calls Philadelphia home.