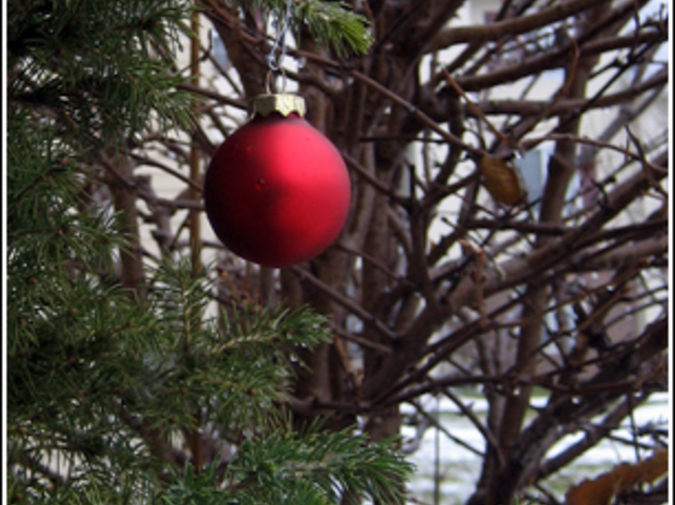 It's Christmas Eve, our birthday's less than an hour away, and, per Tannen family tradition, it's Davie's and my first night home for the holidays. Unlike me, Davie's not much of a drinkerâ€”not since his divorce, anyway. We're alike in every other way, though, down to what's left of our frizzy hair and the identical gaps between our front teeth. We even have the same ex-wife, though I had the privilege of divorcing her first. When she and Davie started dating, I told him what was true: "No worries, man. Just make her sign a prenup." Now we're both paying alimony. Merry jolly Christmas, kids. Our combined three could be triplets but for the fact that my oldest's in college and my youngest's in high school, and his is in pre-school.

"Hallelujah," I say, when LeAnn catches me peeking down her blouse as she reaches into the cooler for my Enchanted Ale. Only in Green City can a guy drink something called Enchanted Ale and like it, I swear.

"Amen," she says, eyeballing my crotch before taking my money and keeping the change.

"Speak for yourself, pal."

"What are we doing here?" he wants to know. "I'm tired and want to see Dad before bed."

Even in retirement, our old man's still early to rise, early to bed. At Mom's behest, he'll sometimes wait up on occasions like this.

"He'll be there tomorrow."

"I didn't take a half day and drive seven hours to see him tomorrow."

I down half my beer. Two gulps. "Really? What if Santa's a lady, one of them transvestites?"

"All right, then it's my turn again. What's grosser than gross? Driving in early and walking in to find Mom and Dad doing it in your room, on your bed, or everything I just said except Mom's wearing a Santa costume and a strap-on and Dad's on all fours wearing a reindeer costume and a little red ball on his nose?"

I drain my beer and look away, ogle LeAnn as she continues watching It's A Wonderful Life, and my fingers warm a bit when she raises her right hand to her heart during the scene with the pond, when the kid goes through the ice. When I finally turn back to Davie, it dawns on him that I'm not joking, that this is why I called him to meet me at Sully's, why we're drinking Enchanted Ale instead of sitting around one of Mom's popping fires sipping Dad's famous egg nog and eating his no-bakes.

I point the open end of my bottle toward my watch, which reads a minute after midnight, and then raise it in a toast. "Happy birthday, brother."

I crack my first smile of the night and watch Davie's shoulders shake a little with his laughter. I chuckle, too, to show I'm over it, though I'm not.

The neck of his bottle clinks mine. "Happy birthday."

Molly Gaudry is a graduate of the University of Cincinnati's M.A. fiction program, and she is this year's Visiting Fiction Writer in Residence at the School for Creative and Performing Arts, in Cincinnati, Ohio. Molly has stories appearing and forthcoming in Lamination Colony, Keyhole, Dogzplot, Robot Melon, Quick Fiction, Wigleaf, and Word Riot, among others. She co-edits Twelve Stories, solo-edits Willows Wept Review and Willows Wept Press, and she blogs at www.greencitynews.blogspot.com.