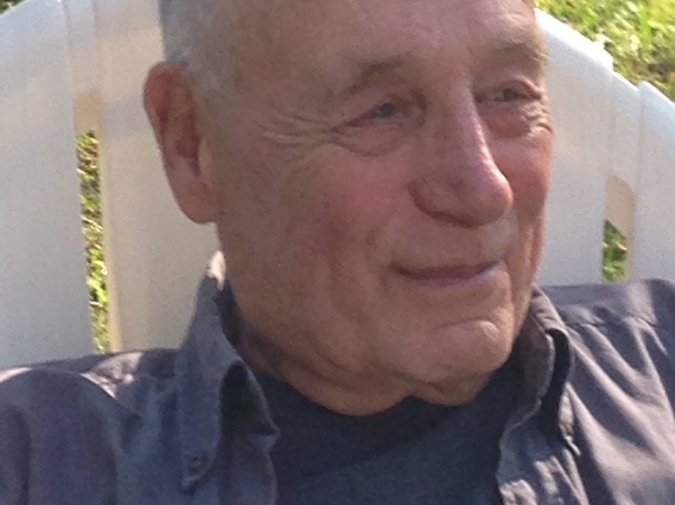 Jay arrived once a week, every week, for sex. He was a dental student, worked  Wednesdays at a clinic near my house so it was easy for him to call to see if I was free. I made sure that I was. He would ring the buzzer downstairs. I would let him in. He would stroll into the apartment and head for the couch, take off his glasses and we would neck. I liked sliding my hand into his shirt and playing with his nipple. We never talked. Never had a meal. I never even offered him a cup of coffee.

He was Asian, baby faced, with silky soft skin. Eventually, he would say, “Should I take off my clothes?” I always said, “Yes.” He would do so in silence. I would watch, growing hotter. Then he would lie down on his belly on the bed. I would climb on top and fuck him until I came. After all these years, as much as I try, I cannot remember whether he ever did.

Afterward he would jump up, go to the bathroom, return to dress in silence while I watched. The next Wednesday, after dental clinic, he would call and I would make sure to be home.  Nothing ever changed. Only when he was naked on the bed would I get up to undress. I knew the wait humiliated him and I enjoyed that. I figured so did he.

The fucking was great. I liked to open him up slowly with my fingers until I could feel him pulsing inside. He didn’t have to tell me he liked it. His body told me the truth. I figured he had nobody else who knew.

This went on for a year. Maybe more. He was very scared, I guess, and ashamed so I never pushed him. He was reluctant to try other positions. But he returned every week and he knew that I came like crazy. He had proof positive that I liked it but I didn’t have the same about him.

Maybe I got bored. Maybe just curious. Maybe pissed off. One week, I tried taking him over my knee to spank him before the fucking. Just for fun. I figured he’d like it. But he didn’t. He squirmed and complained and I grew angry. We argued. I said I didn’t know why he was so fucking uptight. I guess it was mean and hurtful. He blurted out, voice cracking, “Don’t you think I know that I’m your whore?” The intensity of his feeling took me by surprise. I giggled. An inappropriate response. Maybe I said, “I’m sorry you feel like that.” Maybe I didn’t. I don’t remember.

He left and, the next Wednesday, he didn’t call. I figured he’d get over it and return. But he didn’t. For a couple of Wednesdays, I hung around and waited. I couldn’t call him. He had never given me his number. He lived in Queens with his parents and was worried they would get suspicious if strange men called. So he never offered and I never pushed. But when he stopped calling, there was nothing I could do.

That’s when I met Evie.  She was pretty and smart. A young lawyer on her way up. We hit it off immediately and found it easy to talk. I knew that she liked me. She was twenty nine and, in those days, that was when women began to get scared. I was her life saver and I enjoyed the role. Within a year, we were planning a wedding. I was ready. So was she. Our families approved. The time seemed right. I was tired of the way my life was going. Suddenly, one evening, during the engagement, the phone rang. It was Jay.

“I want to ask you something,” he declared. “Tell me. Are you seeing anybody?”

I was taken aback so I giggled. An unfortunate habit.  “Oh my God,” I said without thinking it over, “I guess you might say that I am.”

I could have said “no,” I could have stalled. For some reason, I told him the truth.  Not the truth he would have imagined. Later, I regretted it. Now that I knew that he liked it and wanted to come back, it would have been fun to fuck him again. But, after all, I owed something to Evie. I could hear his sharp intake of breath. Then he said, “That’s okay,” and hung up. Just like that. I couldn’t call him back. I didn’t have his number. But, finally, I had proof that he liked it.

That was fifty two years ago. Evie and I are still married. She has cancer, a rare, slow-moving but incurable kind. It’s been seven years. Chemo every month is keeping her alive but she is painfully thin, has lost her hair, is in constant pain with diarrhea, peeling skin, infections. I try to comfort her. I worry about her. We are both scared but don’t talk about it. I don’t want her to die. I need her by my side. I will miss her terribly. I don’t know what to do.

Often, when we are trying to fall asleep, I hear her labored breathing so I know she is having a rough time. In the dark, terror invades and my mind wanders to thoughts of Jay. I remember him walking in without a word. I remember him saying, “Should I take off my clothes?” I remember him stretched out, naked before me. I don’t get hard any more. I don’t come. But the memory, like a Kabuki dance, soothes and helps me drift off to sleep.

Edward M. Cohen's story collection, "Before Stonewall," was published by Awst Press; his novel, "$250,000," by G.P. Putnam's Sons; his novella, "A Visit to my Father with my Son," by Running Wild Press; his chapbook, "Grim Gay Tales," by Fjords Review.