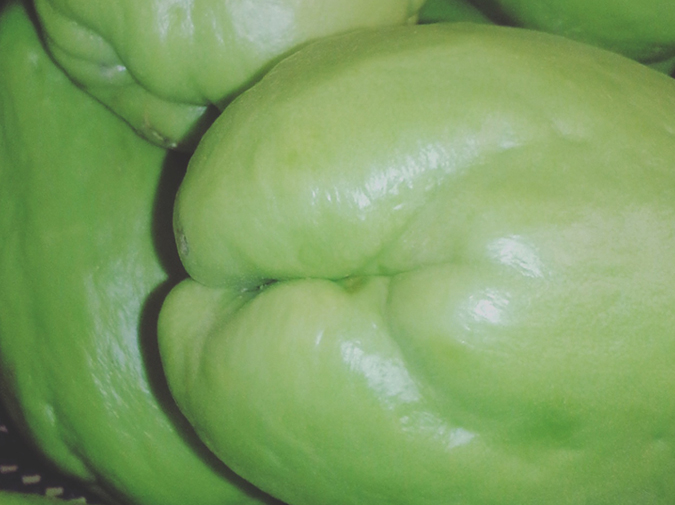 It’s a sloppy, grey Connecticut winter, and this is a bad town for Mexican food. You are a white girl in the vestibule of Rancho Allegre waiting to pick up three Chile Relleno dinners. You will pay with your father’s American Express card. You are thirty years old, unemployed, and have recently moved in with your parents.

There is a mural of jackalopes on the wall which you have always thought was too good to be in a place like this—the detail of their tender eyes and lashes, the velvet of their antlers, the taught-stretched skin between the bones of their hind legs. A mariachi band is playing and this makes you sad because a mariachi band in wintery Connecticut makes you assume that no one’s life plan works out the way it was meant to. Still, you love when they sing Cielito Lindo and when it sticks in your head all week it will be the best thing you have going for you.

From the front desk, Flori says, five minutes and winks at you. You have known Flori since you were five. You were so shy as a child that your parents decided you were not allowed to eat anything you couldn’t speak up and order yourself. Back then, Flori was a waiter (before he fell in love with Angela, the hostess, and they had three children, and started Rancho Allegre, and moved down the street from you) and when your parents told you to speak up you made whispering sounds that were in no way comprehensible but Flori said, Pollo Frito, of course, and he brought you a plate. You were so grateful to him that you drew him a picture of a chili pepper on the back of your menu that said GRACIAS! and Flori got it framed. She’s going to be an artist, he told your parents, and he wasn’t wrong, even if you couldn’t hack it in New York.

You are staring at that framed pepper, melted road salt leaking from your boots, when a guy you know from high school, Rob Gordon, walks in with his wife and kid. You press yourself against the vestibule’s fake terra cotta wall to avoid him. You are inches away from the back of the man seated there, the side of your knee against his chair. The man is saying that if the woman he is with has told the restaurant that it’s his birthday he is going to be very angry. If that mariachi band sings Feliz Cumpleaños to him he swears he will lose his god damn shit. The woman says she thought he was teasing. Why would I have been teasing? he says. Your knee is actually pressed against his back, you realize.

From the kitchen comes beautiful Angela, in a white pressed shirt and black vest. She sets a plate of sopapillas on the man’s table, smelling of sugar and honey and cinnamon and fry oil, birthday candles crackling away. The mariachi band makes their way over and the man says, just very softly, Oh, as the whole restaurant turns their attention toward him. The mariachis draw in their collective breath, but before they can start singing you twist over the man’s shoulder, your cheek against his, and with one great puff, you blow out his candles.

The mariachis exhale. Angela is confused. The man turns to look at you and his face, somehow, is not the way you imagined it to be. You’d pictured him as younger or more like Rob Gordon or more like your father or more like yourself but his face is none of those. Flori comes over clapping. Hooray! and leads you away by the elbow as the rest of the restaurant starts clapping tentatively. They are all looking at you and not at the man. You sign your father’s name to the credit card slip quickly and you say to Flori thank you, sorry, thank you, as he hands you the order. The brown paper bag of takeout is warm against your chest and you hug it to you all the way to your car. The reflection of the restaurant’s pink neon lights warps on the icy blacktop as you jangle your keys free.

CJ Hauser's fiction has appeared in Tin House, Narrative Magazine, TriQuarterly, Third Coast, The Kenyon Review, and Esquire, among other places. Her debut novel, The From-Aways, is published by William Morrow. CJ teaches creative writing and literature at Colgate University. She is at work on a new novel about sex, death, and ducks. www.cjhauser.com