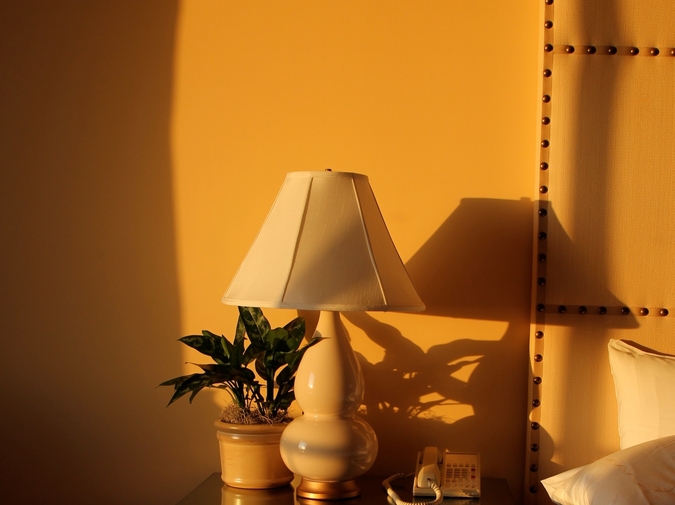 In bed, party’s over, both of us staring toward the ceiling in the dark. I’m the problem, as she sees it. If I speak I’d only provoke her to reply and I don’t know where that would end, but I’m sure it would have something to do with her getting more angry and making it less likely that either one of us will soon get to sleep. She knows I don’t like to meet people, but she keeps dragging me over to some new person at every party we attend, this time to someone who knows someone we know. If she cared to she could predict that having a friend or acquaintance in common is not enough to make me want to meet still another human being. When I ask her why she persists in doing it she reacts as if there’s no reason she should have to justify an introduction. To her, it’s a simple matter and no effort should be wasted trying to understand or sympathize with my point of view. I don’t want to make small talk or to listen to other people’s small talk. Why should I care if someone else knows a person we know and why should I want to pretend to be interested in hearing stories I’ve already heard about him? After one of these forced introductions we typically find ourselves holding our drinks in front of us as a kind of shield and inanely chuckling as we exchange drivel. Exposing your teeth is mandatory in these situations, and if you don’t show your teeth it is at least subconsciously noted, questions are being asked in the back of the other person’s mind. Where are this guy’s teeth? Is he ashamed of them?

On the way home in the car the silence deepened, but I could tell what she was thinking without hearing her say it. I stood too far from this particular victim of my introduction aversion, I leaned away from him, and my handshake seemed slightly abbreviated. I was not forthcoming with information about myself. I admit that I don’t like to tell strangers where I’m from, where I went to school, what I do to make money, how many brothers and sisters I have, where they all live, whether we’re close, where I am in the birth order, and if my parents are still living. Strangers do not want to hear, I find, that though my father is long dead I’ve never been able to get his voice out of my head, not even after years of therapy. My wife doesn’t want to hear it either, nor does anyone else I’m related to.

As we lie here more or less motionless I hear my wife swallow, choking down her words, I suspect, her silence expressing futility at the idea of attempting to reason with me. And what can I say in my own defense that would persuade her to leave me alone at parties, to honor my request not to be introduced? Unprovoked introductions sometimes occur, it is true. Anyone can sidle up to you with drink in hand and initiate an introduction, though when speaking one-on-one to a complete stranger I can choose to pass along false information about myself. These stray introductions can’t be helped, except by staying at home, but there are a limited number of quiet people I enjoy seeing and mumbling with. In past discussions my wife has argued that it’s possible I could meet someone who’d become a friend for the rest of my life. I answer that this has never happened to me before and that the wear and tear I’ve endured while holding to this false hope has snuffed its flickering flame.

The silence between us is hell, a long and tormented pause in our decades of conversation. I want to speak to her, but I can’t think of a single helpful thing to say. I’ve tried apologizing for myself, but I don’t really mean it. I don’t regret my behavior, only the result. Sure, for her sake, I could accept being introduced to people, but why must she force them on me? I’m exhausted and want to sleep and I know she does to. No matter which way I chase this problem around in my head it all leads to the same conclusion, which is that there’s a gap in my brain where the desire to meet people should be. Yet this same region in my wife’s brain seems to me unusually vigilant. On a few occasions, on a trip to New York, for example, we’ve happened to pass famous people on the street, and in one case a famous actress sat at the table next to us at a small French restaurant. My wife invariably wants to step right up to these people and hurl an introduction at them. I tell her that I’ll turn and run in the opposite direction if she exposes me to this embarrassment. In the case of the actress at the restaurant I threatened to crawl under the table in plain sight of everyone, but she leaned toward her and introduced us anyway, knowing I’d lack the nerve to hit the deck. It annoyed me that she’d throw my weakness in my face like that, and I didn’t say a word to the actress, though she seemed extremely tolerant of the intrusion. I stayed awake more than half the night recovering from that introduction, my self-consciousness competing with growing fatigue as the hours stretched toward daybreak.

I’m overwhelmed by the thought of the vast number of handshakes and greetings I’ve performed and utterly forgotten within seconds. How much instantly forgotten small talk have I released into the atmosphere? How many names and faces have disappeared from my consciousness? What was the name of the man I didn’t want to meet tonight? The volume of forgetfulness staggers me, the reaches of oblivion are endless. Should I want to add to them?

My wife’s breathing has grown deeper and more rhythmic. She has somehow found enough peace within herself to sleep. I keep still, if I stir I might wake her, but she’s left me with thoughts that, as I see it, she churned up. I listen to her and try to focus my breathing on hers, but my thoughts continue, grinding in silence against the ease of her breath.