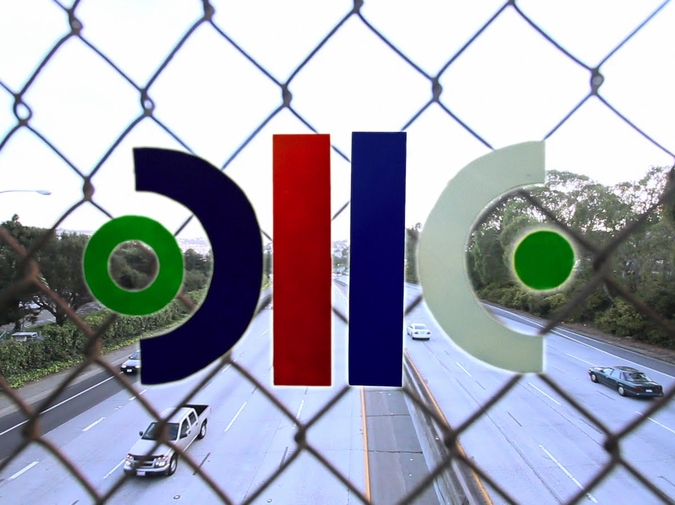 The following interview was sent to Hobart unsolicited and un-pitched. It was also un-emailed. I was sent it through the mail, and it was the only file on a 3 ½” floppy disc. In order to read it and transcribe it, I was forced to pull out my old Apple Powerbook 190, which was dusty and had a misplaced power supply. It took me an hour to track down the power supply in my storage space. The laptop was password protected and it took me many more hours to regress to my ‘90s self to remember my God damned password. (It was HeartworkRulez—a reference to the last album Carcass had released at the time.) It was quite a rigamorale. This rigamorale I went through because I am a fan of the band/art project/mythological entity NewVillager, which features my good friend Ross Simonini and his good friendBen Bromley. The interviewer (an individual calling her/himself The Young Ocean) is here informed that I will no longer accept anything from her or him again, regardless of the interview subject.

IN-STUDIO PERFORMANCE AND INTERVIEW ON BERLIN'S NEURADIO.
CONDUCTED BY THE YOUNG OCEAN

tyo: That song’s called LIGHT HOUSE, right? What’s that one about?

NV: In the NewVillager mythology, LIGHT HOUSE is the reverse of traditional lighthouse, just in terms of the way it functions. With traditional lighthouses, you’re sailing around in a tugboat, you see the revolving light and the idea is that you’re supposed to steer away from it. If you go toward it you’re going to die or be shipwrecked. But with the NewVillager LIGHT HOUSE, it’s more about heading straight toward the thing that’s controlling you. Hitting the rocks. Land Ho.

But lighthouses protect you. So you want to die?

It’s not a self-destructive thing. It’s more about overturning a standard image. The lighthouse is a symbol of control. But not bad control. Not big brother control. Guidance could be a better word. More like a parent - clearly a nurturing image, but also something you have to reject (or at least question) in order to move past childish thinking. A lot of cultures have expressions for that process of development - rites and ceremonies and coming-of-age novels. Running to the LIGHT HOUSE is the NewVillager version.

And then, when you get to LIGHT HOUSE - what then?

So you’re going to the place that’s a center for guidance – a place that, really, only a lighthouse keeper is supposed to be – and that’s a way to disobey, to rebel and get inside whatever it is that’s controlling or guiding you, which are kind of the same idea, depending on how you look at the situation. If you don’t want guidance, and it’s being given to you, that’s a form of dangerous control. And so, instead of this subject-object relationship thing, where one is always controlling the other, you go into LIGHT HOUSE and become the thing that’s controlling you.

Is that relationship bad?

Again, it’s just bad if you don’t want it. But, really, the LIGHT HOUSE is a method of changing your thinking about a certain object. Once you’re inside it, you’ve basically reached the point where you can see a situation or person or idea from both sides – the accepted way, the way you’ve always thought about it, and then, on the other side, the reverse way of thinking about it, the viewpoint of your controller. You’re also not trapped in that horrible place of seeing everything from one perspective, which people tend to think of as their personal perspective, their singular opinion, until they realize it’s just as easy to see it the other way. See what you’ve never seen, is how the lyric goes.

So, really, LIGHT HOUSE is a place where all things can be seen from both sides. The run to the LIGHT HOUSE, which is what the chorus is all about, is a way of talking about the process that everyone goes through for creative thinking, or any kind of full-fledged thinking, really. You stare at a thing until it turns inside out.

The track you played earlier, before LIGHT HOUSE was COCOON HOUSE. Is there a connection between the two?

It’s the basic binary thing, the poles, the yin and yang. The COCOON is void of light.

So then, with that logic, you’d run away from Cocoon House?

Right. At first. But the whole process, from cocoon to light, happens in a reverse clock motion. That’s the way this whole mythology moves. So it’s a cycle. If you’re running to the LIGHT HOUSE, you end up back in the Cocoon House and then you do the whole thing again. One force is pulling, one is pushing.

Is there any real material component to all this. Or does it not really function that way? Is t all abstract?What does LIGHT HOUSE look like, is what I’m asking, I guess.

Right. That makes sense. It’s more of a state of mind or something.

Exactly. Our LIGHT HOUSE installation, for instance, is small spaces of two rooms and two hallways, meant for two people. You read the instructions on the outside of the whole thing and then enter, two at a time. Inside, there’s Bright Man, a lighthouse keeper whose head floats inside a green circle. The Bright Man guides you through the experience. On either side of you is a hallway. One is blue, one is red. Each person chooses a hallway and walks down it. At the end of each there is a chair. You sit down. At your knees is a glowing table and across from you is the other person, sitting in their own chair. The lights go out and you experience what’s called the THREE TIMES, with a sound picture and an animation of light.

Does NewVillager put these ideas into practice?

Of course. This cycle, it’s basically the creative process, so, in that sense, we go through the cycle every time we make music. It’s a clock, so it happens every minute, every hour, day, etc. It’s a way to frame a situation. But we also have some more direct practices that we do, which are meant to help us see a situation through the lens of the mythology, like THE THREE TIMES is one small way for enacting the cycle. We do those daily.

What is THREE TIMES? Is that what you did earlier when the show started, with the recorded music?

It involves seeing, hearing, and then breathing. One way it can be done is while listening to a THREE TIMES sound picture and watching the animation, which helps to count out a systematic breathing practice. There are instructions. The point is, with the sound picture, people can synch up to each other while they practice - as opposed to doing it by yourself, at your own pace, which you can also do. For that, you wouldn’t really need the animation and music, but you could use it.

Do other people besides NewVillager practice THE GAME?

We’ve released several THREE TIMES recordings along with instructions in different publications. People write us and say that they practice it. Plus, we start shows with the practice, so people can do it with us then. THREE TIMES is helpful for us, in order to better collaborate with each other, but we’re not trying to proselytize or force ideas upon people. It’s art, not dogma.

NewVillagers first full-length record will be out in May. It will be called NewVillager.