In the Land Between the Valley and the Hills, What Men Said, They Meant 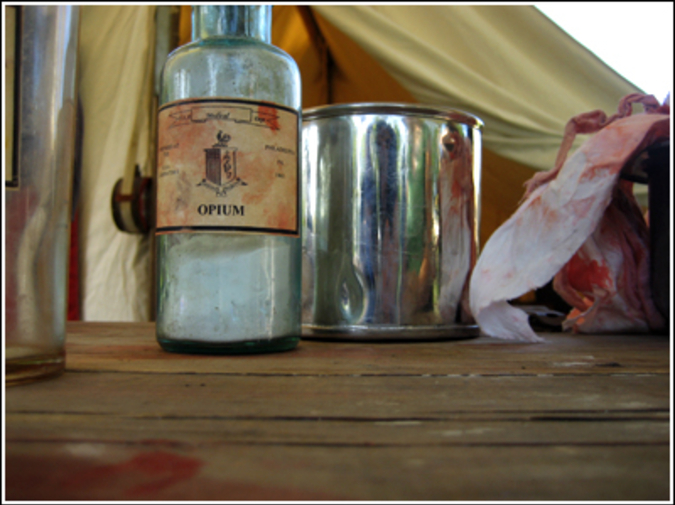 Before the blue was sailed by Columbus and his greedy, maritime ilk, before the men who followed him brought plagues, monotheism and gunpowder, there dwelt in the Piedmont a small band of itinerant tribesmen whose only wealth was the richness of their language.

That is not to say these men were simple or virtuous, for their greed for naming knew no bounds. Not only did each of their clear bright streams have a name, each ripple and waterfall possessed its own appellation, as did every gnat that circled the frothy swirls and each sharp-billed bird that feasted on the vast swarms of flittering black and each flat-billed bird that ignored the swarms and ate nothing but the variegated fish that you and I, in the poverty of our degenerate tongue, would call simply brook trout or brown trout or thick-bodied grass carp.

For these language-besotted tribesmen, the most crucial of their grueling tests in the passage to manhood was not the hunting of the panther, flush with danger, or the gathering of tubers, dull and numbing, but the rite of the naming competition.

To sit with the braves in the long house after the hunt and chew tobacco and spit juice into the fire and have the warm blood of a freshly slain hart splashed across his smooth face like dark water—that is to say, to achieve maturity and be deserving of respect—a boy first had to fashion a name for an object or person or feeling that shamed all others, one so superior in every respect that each member of the tribe forswore his own personal designation until the boy-on-the-cusp-of-manhood's name became the way the thing was known. Fashioning a designation was regarded a complex and exquisite task, demanding bold inventiveness tempered by maturity of mind and fierce accuracy of the senses, the traits requisite to making a full contribution to the prosperity of the tribe.

Now, it happened that the naming trial of the son of the chief—a long looked to event, for succession hinged upon it—was in full swing on the cool, foggy morning the white men first came up from the sea, bristling in their hastily assembled plank canoes, paddles sliding through the water like knives and eyes agape for anything that could be transformed into money with a little shoddy effort. Adroit in the ways of camouflage, the tribesmen hid, secreting themselves behind boulders and straight-trunked firs, uncertain what to make of the albedonous strangers.

Hearts beating a slow, deliberate rhythm in their curving mahogany chests, the tribesmen watched as the whites beached their shiny boats and debarked into the incalculable swaths of dark forest. For months, with eyes narrowed and guts rife with suspicion, the tribesmen surveilled cautiously, scrutinizing the whites' tall tree chopping and their short tree chopping and their efforts to tear the land asunder with horse drawn steel, as if they'd set out to disembowel the earth itself.

"Sons of bitches," spat another.

"They are like motherless children, unsure of their place in the world, and desperate to make any kind of mark at all," suggested a square-faced squaw who knew the kinds of things a woman knows when she cares for the four gangly sons of a sister who has slipped from a slick rock and drowned in one of the clear, fine-named rivers.

Skilled and clever in the art of remaining unseen, the tribe maintained its vigil, inventing and abandoning names for the white men and each of their transgressions as quickly as they could arrive at them. Even armed with their precise and powerful tongue, they struggled mightily to capture the white men's foul essence, for the depravity of their ways was unimaginable to the tribesmen.

Throughout this vigil the chief's son had remained silent in his hiding place, offering no suggested appellations for the white men or any of their misdeeds. He had said nothing about their wanton shooting of the game till only the rats were left, or their poisoning of the clear, well-named streams till they ran black, or the clear cutting of the incalculable swaths of dark forest till the land was wretched and barren and sad in a way that broke the tribe's collective heart with every glance.

The elders watched and waited with tightening chests and shrinking bellies as more white men poured from larger ships and set quickly to the rapacious work of transforming the tip of the new continent into pounds and shillings. Knowing that in such straits the tribe would require a leader whose clarity of vision was commensurate with the stark challenge, they sought to inquire of the chief's son his thoughts on the correct name for the plundering strangers. But when they looked behind the scorched stump where he had been hiding, he offered them no words, no names, not so much as a syllable in the way of appellation.

This boy on the cusp of manhood had his hands splayed across his thin knees and on his lips sat only ashes. Pressed, the elders reminded him of the desperation of the times, how fate has presented the tribe with only bleak choices, a tragic portion.

"We can hold," they said, "to our language, rich and exact, perfecting it for our remaining short days in the ruined Piedmont or rise to embrace our final defeat in a short but glorious battle and thereby become something else altogether. That is, we can exchange our existence as a part of the shameful present for relegation to an honorable, if unheralded, past."

The son of the chief snorted and beckoned the elders closer, offering his own dark prescription. His eyes meeting only the blackened ground where a copse of vibrant elms and alders once thrived, he explained the tribe must summon the courage to join with the white men—and assuming his place as chief, he announced the name he had decided for the perilous newcomers. "We must become less what we are" he told his fellow tribesmen, "and in so doing make them less what they are. Better all of us become a thing that is a small bit saved, than none be saved at all."

As their next chief tendered this sad counsel, the glum-faced tribesmen swallowed the broken bits of pride lodged in their mouths like tumors and nodded, acceding silently. But the sudden cessation of the low drone of their constant murmur allowed the white men to finally hear the thud of their pounding hearts and the strident gurgle of their empty bellies and at long last discover the tribe's hiding place. Immediately, a fusillade of staccato cracks echoed through the smoky air of the Piedmont. The tribe looked down to find many of their brethren wounded and the chief's son perforated from scalp to sternum. Disconsolate beyond imagining, they packed up what remained of their words and disappeared back across the continent, naming only, in perpetuity, their retreat.

Winner of the 2009 Spire Press Prose Chapbook Contest, Damian Dressick's stories have appeared in nearly forty literary journals, including failbetter.com, New Delta Review, McSweeney's(online), Caketrain and Alimentum. Having finished a stint of teaching creative writing at Pennsylvania State University, Damian will be starting the PhD program in creative writing at the Center for Writers at the University of Southern Mississippi this fall. He can be found online at www.damiandressick.com. Damian would like to thank Blue Mountain Center for its generous support while working on this and other stories.