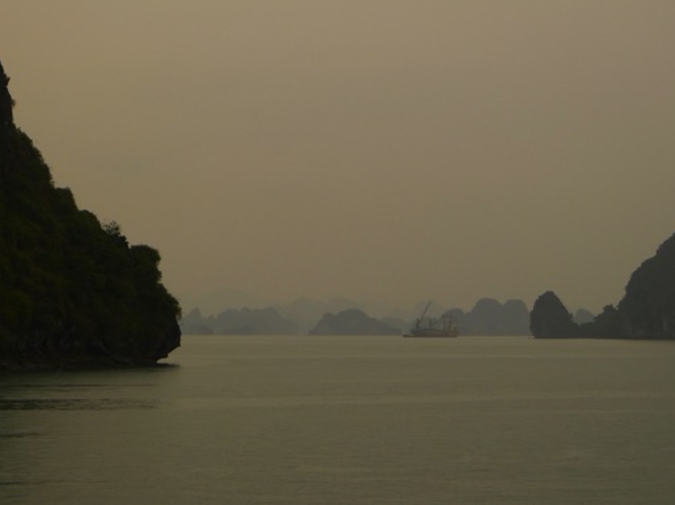 she purchases skirts at stores intended for girls of less than a quarter century but that does not dissuade her from the quest for fashion, in swirling blue and pink that glows and tank tops that construct and deconstruct curves, cleavage, crying.

so all the latest fashion magazines are intent on certain color palettes but they have neglected to mention that having anniversaries of breakups embroidered on backs of eyelids is no longer in style so to speak.  in summer she wears dusty shades of earth tones and in winter the vibrant hues of crayon boxes and she wonders did I get it backwards?

no matter; there is no room for memories beneath sheer silky camisoles. she has a fantastic silhouette, so up-to-the-date, so en vogue, as she strolls in designer heels towards the place beyond broken kisses that will never have repeats, beyond his sweatshirt that was big enough for years, beyond the broken sunlit shopping center, beyond that broken end.

so-and-so breaks the rules. so-and-so says he can teach you how to get away with it all but you are not a criminal. these master escape plans he presents are solid but they’re not the sort of thing that flies in real life. real life’s more about making plans to stay.

so-and-so is not worried about getting caught. he speaks with the vim of a confirmed sweet-talker: his sentences are donuts bursting with believability custard. he says you’ve got nothing to worry about. not a girl like you.

the man you love pulls the jib sheet. rigging snaps in the seaside wind. a starboard pull and the yacht heads straight towards your guts. so-and-so has no know-how regarding boats. or maybe old so-and-so doesn’t know you so, so well.

maybe so-and-so doesn’t know what it’s like to chase the horizon. maybe he doesn’t recall. maybe so-and-so would rather lie there on the deck, soaking up the sun, eyes closed to the rocky shore as it nears the drifting prow.

when the crash comes you remember: it was always inevitable. boards splinter, a breach in the hull, and here you are again with no choice but to abandon ship. old so-and-so clings calmly to the till. this was the escape plan from the start.

you harp and fret and tooth-grind on the jagged empty beach. real life always leaves you in a bind. the water’s flat, the sunset glorious, the wind as thin and subtle as the most delicate consommé. the man you love is deep below the waves.

Katherine Vondy is a writer and director whose credits span film, theater, and literature. Her award-winning short film 'The Broken Heart of Gnocchi Bolognese' screened at festivals worldwide, and her full-length play 'The Fermi Paradox' received the Davey Foundation Theatre Grant. The recipient of writing residencies from Wildacres, Starry Night, the Vermont Studio Center, and the HBMG Foundation, her work has been nominated for the Pushcart Prize and has appeared in numerous publications including the Beloit Fiction Journal, Briar Cliff Review, Chicago Quarterly Review, Bartleby Snopes, Quiddity, and Cobalt Review.