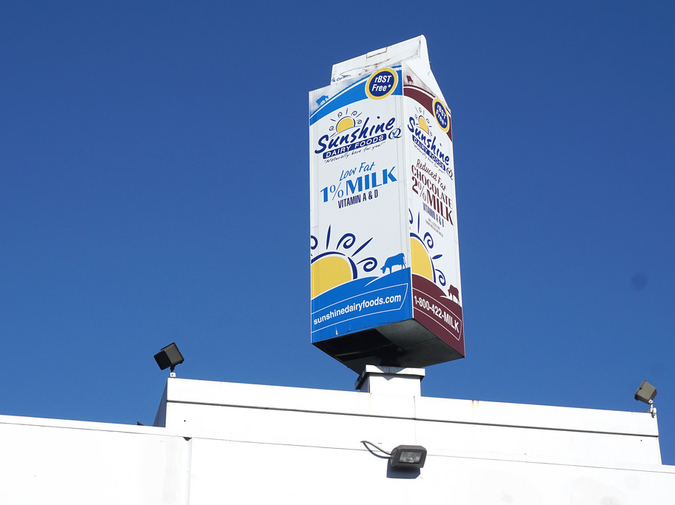 I went to Daisy’s house, near the overpass. It was kind of set away from the street, as if it was once in someone’s backyard and then the front house was torn away in a storm or burned to the ground. The general lay of the land was offputting and the grass was bumpy and dangerous with trash, meant to injure the ankles of unwanted visitors.

At first, I went there to see Daisy’s younger brother, Kincaid, and we’d play poker, but he was no fun, and ugly too. I hated having to look at his face above his cards, trying to figure out how to bluff. Everyone was losing their looks at eighteen. It was sad. Our graduating class was going to be monstrous. But Daisy was two years out of high school and beautiful. More beautiful than I could describe. She was so beautiful it was ridiculous. She was an alien from another planet that was probably shaped like a diamond and made out of soft, warm sand. You could look at her face and laugh and cry at the same time. Her beauty reminded me of perfect summer days and made me want to snuggle with her in a hammock. I was nineteen and my looks were coming back after a rough year. My skin was clear, my shoulders broad, and my ears were finally settling down. I was in bloom.

I had flunked kindergarten when I was five. I kind of liked being the oldest kid in my class after that and I never wanted to catch up. I was the only one who could remember 9/11. I was four when it happened and I knew how to turn on the TV before mom and dad woke up. I loved airplanes but I never realized they could crash. My dad was in the kitchen making coffee and I started yelling about how planes were killing people. Everyone else in my class was probably three at the time and didn’t know how to turn on a TV. Baby brains.

Daisy remembered 9/11 too, because she was five when it happened. She said her parents cried and kept her home from school that day and let her watch Rugrats in her room with her little brother. That night she saw pictures in the newspaper of people covered in heavy dust and ash and she sensed that the worst thing in the world must have happened. Sometimes we talk about it now and bond like soldiers.

During this last year of high school with Kincaid, I started to feel like I had more in common with Daisy than him. I started going for walks with her. Sometimes we walked down under the overpass to see what the homeless people were doing. At first, this seemed scary but Daisy said if we brought food or useful things like batteries or umbrellas down to them, they’d be nice and we could listen to their wild stories.

So we would bring bags of chips or canned food with us and they’d get a fire going and make things like chili with Ruffles potato chips on top and it was pretty good. They’d tell us how some unexpected thing like getting in a bad car accident or hurting their back at work led to them running out of money. The next part of their story usually involved them doing something they weren’t supposed to do, in an effort to make money, and that resulted in them getting kicked out of their home or their family and things being taken away from them. It always had to do with money. It was like money was blood they needed in order to live. Sometimes there wasn’t a car crash or a work injury. Sometimes people just had all their money taken. Sometimes they spent all their money on something new in their life—a bad investment or a bad person, or maybe a drug that gave them the most exciting feeling in the world and then got boring to them later.

One time a guy who had a cast on his leg asked me to help him saw it off. He’d had it on for a month longer than it was supposed to be, but he couldn’t afford to go to the doctor. He had an old hacksaw that he insisted he bought with his own money, but it had the name of a local construction company on it. I carefully sawed just enough to get through the thick, smelly cast and then dug my fingers into the crevice and started tearing it away. He told me I was earning karma by doing this. I asked him how he broke his leg and he said he jumped off a train going full speed. He showed me the palm of his hands and said he still had gravel in his skin. When I was done, he asked if he could hug me and I said no but he still grabbed me like he was joking around and I could feel his gravelly hand squeezing my ass. Daisy laughed a little when this happened but apologized after we left and said we didn’t have to go down there again. She tore some yellow flowers from a bush and gave them to me.

Daisy was going to community college classes out on SE 82nd and trying to figure out what direction her life should take. Her classes were Dental Hygiene, Religious Studies, and Ethics in Improv Comedy.

I just said, “Nuts too,” but if I would have had time to think about it, I would have changed it to “LEGO pieces.”

I read something on a website that said if you don’t kiss someone you want to kiss in the first two weeks of meeting them the chances for romance dwindle considerably. The person you want to kiss will wonder what’s taking you so long and not see you as romantically desirable. I never tried to kiss her but one time we were playing with her pet rat, Dexter, and she kissed him on the lips and then pointed his face at me and made me kiss him too. I did what she said and imagined our lips, forever joined together on the rat’s face. Maybe she kissed the rat more after I left. I’d like to think of this as my first kiss in a roundabout way. But I actually wonder if rats have lips. I’ll have to look it up later.

I saw Kincaid at school soon after that and wondered if he ever kissed the rat. But that would be kind of gross because his own sister does that and plus: Why kiss a rat unless you’re a pervert?

Kincaid kind of looks like a rat. I wonder how long we’ll be friends for. Once, when we were playing against each other at the freshman football scrimmage, I tackled him so hard on a punt return that his helmet flew off. People called me The Guillotine the rest of the year. I wonder if he still thinks about that. I know I do.

One Friday night, I was hanging out with Kincaid and Daisy on their couch, a giant quilt their mom had made over our legs. We were watching videos about 9/11 survivors and I said, “Whenever I see a really tall building, I can’t help thinking about it collapsing.”

Daisy slugged my shoulder. “Yes! Like the big pink building!”

It was the big pink building I was thinking of. US Bancorp Tower, but I didn’t want to say it out loud. I thought it was just a matter of time before I’d be crossing the Burnside Bridge, watching that tall pink skyscraper turn into a mushroom cloud of dust.

Kincaid grew bored and started looking at stuff on his phone.

“I can’t believe how old we’re getting,” said Daisy. On the TV screen they showed a wall of homemade posters with the names and photos of missing people from the Twin Towers. I looked at Daisy and saw a tear roll down her cheek. She looked more sad and beautiful than anything ever. I started crying too, making everything blurry. Under the quilt, Daisy’s hand found mine. Our fingers interlocked. We both cried and our hands felt like two small bodies buried alive.