I WIll Unfold You With My Hairy Hands 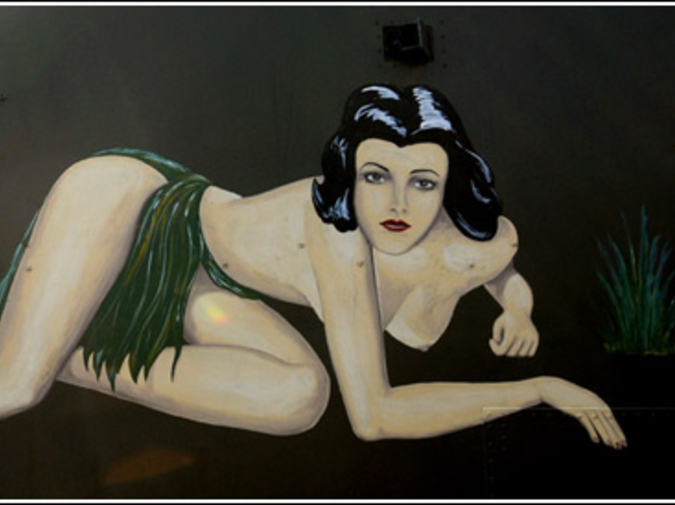 The hair monster checked out the ass of a handicapped woman. She was standing with her back turned when the hair monster noticed her panty line against her white tights and thought, hey hey hey. He was a typically lonely hair monster, and often looked at women trying to imagine what it would feel like to caress their human skin.

He kept watching her as she walked away. And that's when he noticed her hands balled up against her chest, her chin tucked down and rubbing against her knuckles as she shuffled her feet. The hair monster looked away, feeling ashamed, questioning just what kind of hair monster he really was. His mother had raised him better.

The handicapped woman's name was Stacey, and although she saw the hair monster check her out, and kind of liked the attention, she told the rest of her handicapped friends, who happened to all be guys who were secretly in love with her. They now hated the hair monster. They loved Stacey even more.

The hair monster couldn't stop thinking about Stacey. His mother hadn't raised him better. He went back to the music store everyday hoping to see her again. He spent his afternoons waiting at the listening station where he had first checked her out. He listened to Neil Young a lot, his short little hair body bouncing up and down during the fast songs, his hairy head hung low during the slow ones. The song "A Man Needs A Maid" always made the hair monster cry. The wiry hair under his eyes became wet and matted like strips of hay left out in the rain.

A week later Stacey went to the music store with her four guy friends who decided to sit in the cafe and drink cappuccinos.

"Hello," he said, approaching her at the listening station. "It's nice to meet you."

Stacey was listening to Al Green. She saw the hair monster standing next to her and saw his mouth moving and wanted him to be saying something sweet and romantic like Al Green would say.

The four guys in the cafe saw this interaction take place, and, loaded with multiple cappuccinos, walked over to confront the hair monster.

"You stay away from Stacey!" one of them wearing a New York Yankees sweatshirt and matching sweatpants said.

"We hate you hair monster," another sobbed.

The hair monster told them that he meant no harm. That all he wanted was to talk to Stacey.

"No!" one shouted. "You're nothing but a smelly old hair monster."

The rest of the group laughed, pinching their noses and waving away an imaginary odor directly in front of their faces.

"Go away," the one wearing a Yankees sweatshirt and sweatpants said. "Now."

So the hair monster did. He left the music store humming "A Man Needs a Maid," imagining running his fingers through Stacey's long silky blonde hair. Stacey watched the hair monster, all hairy and hunched over, trying to remember what Al Green sang, feeling a warmth splinter her body with each word she could remember to hum.

The next time the hair monster saw Stacey was two weeks later at the mall. She was sitting on a bench, drinking soda, and most importantly, alone. The hair monster approached her slowly, his head kind of bobbing in front of him.

"Can I talk to you," he asked. "I can't stop thinking about you and all I want to do is talk to you, if that's okay."

Stacey, her head at a severe angle, looked up the best she could at the hair monster. "Okay," she said.

And when Stacey's hands returned to fists, the hair monster moving on top of her, she rubbed his belly with such force that the hair monster smiled with pleasure. The only woman he had ever been with constantly ran her fingers through his hair, which only reminded him that he was indeed nothing more than a hair monster.

"You make me feel like such a normal person," the hair monster said.

Stacey tried to forget the hair monster. She started dating her friend Jimmy, the one who constantly wore Yankees shirts and sweatpants.

At dinner one night Stacey looked out the window and saw the hair monster across the street. He was sitting hunched over on a bench and was crying. Next to him was a person wearing a grizzly bear costume that made Stacey laugh.

"You think that stupid hair monster is funny?" asked Jimmy, his face red. "Don't look at him at all. Just make believe he's dead."

But Stacey couldn't look away from the hair monster. She stared. And when the hair monster saw her he walked across the street and up to the window. He tore a clump of hair from his chest and stuck it to the window with his tears. Jimmy stood up, began howling wildly and shaking his fist.

"Just be with me!" the hair monster shouted into the glass. "Me!"

Stacey stood up and told Jimmy that he couldn't be with anyone else, that yes, as horrible as it was, she was in love with the hair monster. Jimmy began running around the tables in the restaurant, his arms stretched wide like an airplane, howling and crying as people hurried to get out of his way.

That night Stacey told the hair monster that she loved him and the hair monster told Stacey that he loved her. The hair monster, depressed from being away from Stacey, hadn't showered in a week and his hair had begun to tangle and form thick ropes down his arms and back. So Stacey combed him out, struggling to hold the comb in her balled up hands.

Afterwards, Stacey asked the hair monster for just one thing.

"Anything," said the hair monster. "I'd do anything for you Stacey."

And he knew exactly what she meant. He had her lay down in bed and slowly straightened her fingers one by one until he could interlock his hands into hers. He then pulled her arms away from her chest and pressed them above her head. Stacey shrieked in joy as her hands fought to return to their normal form.

"Me too," said the hair monster, and letting go of her hands he quickly rested his head against her chest and waited for the embrace.

Shane Jones currently lives in Albany, New York. You can read his other stories online at: The Danforth Review, Pindeldyboz, Rumble, and the October 2004 issue of Hobart. Excerpts from what may or not be a novel are forthcoming in Six Sentences and the Spring 2008 print issue of Snow Monkey.