I Speak Spanish From the Tops of Pyramids 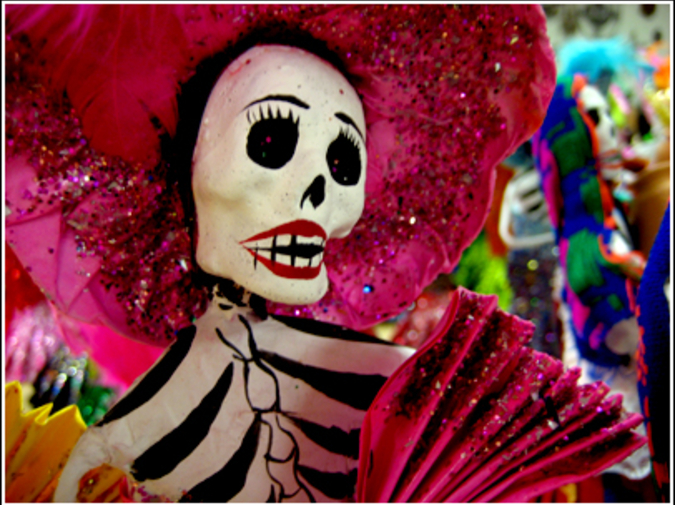 Miguel speaks Spanish and I speak Spanish and Miguel has no idea I do. He lays block while I bring block and still he has no idea. Calling me a perro. He laughs and jokes with the other migrant workers.

But I speak Spanish from the tops of pyramids and they have no idea.

I am like the only child of a Mayan woman and Spaniard man from centuries ago. And I sweat like an Egyptian slave building these pyramids, but what are really basements for houses four bedrooms strong and sturdy and developed.

I speak Spanish from the tops of pyramids because speaking it here could get me killed.

I saw Miguel open up a bag of mortar yesterday with a switchblade. Men don't just come around one of those. And I breathed in the dust of concrete mix that was pulled from the mixer by winds of the Pharaoh, the same that blew the day he died before the times of Christ.

Mother taught me to forgive.

But Miguel taught me to speak Spanish from the tops of pyramids because some days when we've finished a basement and my muscles gyrate from the shock of the day and the day is still young, we go home early.

Unless it's between noon and one and then another pyramid to start.

Then the Mexicans start a fire under the unfelled trees at the perimeter of the lot using empty mortar bags, and then drink beer. I get to clean the site of scaffolding and planks and unused buckets of concrete, sixty pounds strong.

And to be honest, I don't speak Spanish from the tops of pyramids but imagine myself on the wall of the day's work done shouting at Miguel and calling him worse than he ever called me.

And he follows me into the pit of the basement with pebbles for drainage and pebbles to kick at him and he pulls "Senorita," his switch, from his back pocket.

And I imagine a day I will not be a slave.

I imagine a day like that when the student becomes the teacher, a day when I have a better job.

Chris Bowen lives somewhere between the Atlantic and Pacific oceans in what is otherwise known as the heart of it all, or Ohio. In his free time, he practices origami, writing and enjoys city and outdoor life. Though having not worked construction for some years now, he is still looking for a better job.