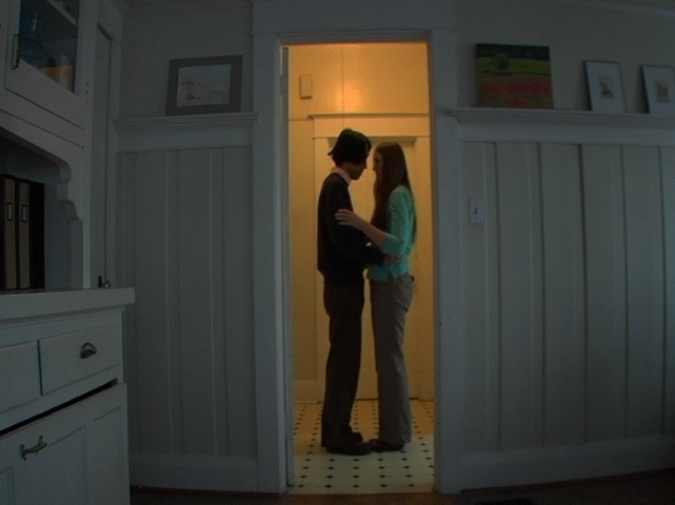 We learn to chafe by any stride which might unite us. The biological rigging awry from birth to whatever tingles has much glossolalia in the meantime, plenty of snuggle-do to pinch out a voice, picayune worlds in bite-sized pre-apocalypse. Kim’s film homogenously syncopates the puppet strings below a mind in peril by its love. The squeezings into hashed logic a relationship employs sure can nudge you disjointed. Sometimes we handle our loved ones so goofily they lose all respect. The problem that often rationalizes murder (and fair enough) is how we think anyone truly loved is capable of respecting us. Every day the idea of love is leading people into a mutual slumber only death will cure. People got complacent alongside the inaugural blueprints for a living room. It’s no one’s fault until the morgue attendant is using your thigh as a pin-cushion for his spent toxicology syringe. I saw this happen. Maybe you know I’ve seen a fair amount of cadavers botanically abutted. All it means is no specialty prevails. I was allowed into the death museum, batteries snatched from schizophrenic intestines, sheaf of a face and foot mothballed by electricity, mediocre suicide notes. It was so clinical my bragging ends here. But I have studied our endocarpic weight, tongue to asshole, and the picture’s pretty. The examined life is about masticating those ribs apart with some bolt cutters and telling a moderate wisecrack to the current that trails loose. A sorta bone-sawed smirk you transpose next time someone cuts in line, the wallet of their face, scalp upon chin, where value fits. I wish not to tarnish this darling film with any more of my personable anecdotes. This is the first magic realist mumblecore psychological love story thriller shot over eight years of Claymation. It has precise comic timing and a brilliantly edited nightmare sequence. Do I need each cut to be a little poem or else I can’t feel enough slab? Venturing to the premiere, I became lost on a state college campus (no, no). A young rugby gentlemen, much to my rashly questionable, at the moment, and, if you will, directionless orientation, very politely informed me a bus was forthcoming. A rare random interaction (mostly) free of massive undertones of violence! Maybe amen to the sore throat of beinghood, or maybe kind deeds are arbitrary at best. I’m the type of lunatic who takes off his gloves to clap.