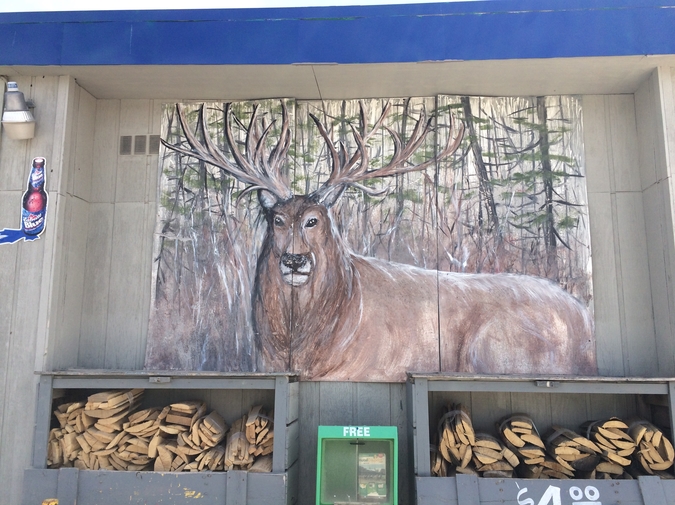 When I wake I water the balcony plants: tomato, basil, sage. Thyme, sorrel, climbing cucumber. Later I sweat beside them and write as the sun rises. I want the work to be undeniable, in case of amplification. Or, I want my work to be undeniable and amplified both. I want it to be loud and strengthening. In case of publication, should it ever come. I work until I feel cross-eyed then retreat into dim, cool rooms. Soon the fall will come, and with it, teaching. I wonder if the crisp air will activate or break me.

In front of me is a computer file containing what was once conceived as a story collection. This collection was conceived in order to be a book. Or rather, I only wanted to write what felt urgent to me. It was my hope that urgency would be alchemical. That it would turn art into commodity. It did not! For it was once my best art but not the best art I would ever make. I imagine several hundreds to be in a similar if not identical position, if not thousands. We are all wanting, we are all confused, we are all sallying after the first cup of coffee, any day or hour we are lucky to have free.

This is not to say the best art always turns, alchemical, into a commodity. Via its urgency. Via its bestness. It does not!

But in the thick rank heat of making, it feels as if it could. If a commodity is capable of more than its price.

It is not like this at all. Many books that are published are of an anemic quality. Yet others are marbled with fat. Some of each are purchased. An artist’s urgency, or labor, or desire is only partly responsible. The rest is market forces. Is luck. Is, what is, currency hard and/or diffuse. This is a lesson I am teaching myself this summer. To unsnarl my art  feelings from my capitalism  feelings. It is a lesson that is increasingly necessary, should I hope to save my little art-heart.

It is summer and I do not eat meat and each evening I walk the blocks and smell grills laboring. Though I do not appreciate all animal food smells I appreciate that which comes from a grill. It turns meat into a season!

I did not like the smell of spicy sausages spitting themselves in the pan on South Street, Northampton, Mass., of a roomie’s doing, ten years ago. They smelled, I imagined, like braised circus animals.

I did not even like the childhood smell of a chicken roasting in my mother’s oven, in Silver Spring, Maryland, no matter the dish is every chef’s last supper dream.

Nor did I like the lamb cloud lingering when I returned to Chicago from a weekend away, the result of my husband Peter Panning at the butcher shop, I mean, the Whole Foods. Do I believe that there something adolescent about eating meat, a friend asks? I shrug.

I love my husband. No matter he has eaten donkey dumplings. No matter he has text messaged me pictures of a plate of calf cheeks, half-consumed, from halfway across the country, accompanied by the missive: “I miss you!”

My husband found the silkworm soup in Koreatown, LA texturally challenging! Meanwhile I ate skewers of groundnuts and appreciated the Sharpie graffiti on every wooden surface of the bar. Is graffiti tantamount to self-publishing, or is it merely a written-down shout?

I do not know why I keep mentioning places. The place does not impact the deadening of my work to myself. The place only changes its weather. Perhaps in places I am looking for a foothold of old confidence, prior to my understanding of what success should mean to a writer, and how success for a writer could emerge in a material fashion. AKA: prior to my programming via striving and jealousy and the digestion of corporate marketing and needing money. I want success but I want success because my art is undeniable and nothing less than this. We are at an impasse: art, capitalism, and I.

My novel was born of my father, and the cancer that once occurred in his body. He battled, healed. He strengthened, and, in time, sought new workout routines and ways of eating which included, as is in vogue, declining to digest gluten, and cutting back on sugar where necessary. Unlike my husband he is not a particularly enthusiastic meat eater. Soft-shell crabs, with their brown-paper and curettes and mallets, are the Marylander’s notable exception. My mother, once a Bronxite, would rather a steak.

In response to the shock of this almost-loss I began to write a novel. I stopped trying to publish the collection. It was no longer urgent to me. Later, in various small rooms my grandmothers were unto death, died in the same year. They were elderly. In the grief of this I finished the novel manuscript. Five years it took, six. Not outstanding durationally speaking. But enough, say, to get an infant to grade school.

Now that the novel is complete, now that my father is alive and my grandmothers are dead, each day this summer, I swim and I worry. I walk between the pool and our apartment and I smell the grill of meat at any hour whether or not any meat is being grilled. I make queries and ask favors and submit and cast widely, widely. The new desperation urges. This is art under the auspices of capitalism! For this I must be stronger. Millions are doing this hustle and more, this or what is analog to this in their own try-hard professions. For me—for I am lucky—this is a struggle of sustenance but not of survival. I can be heard, if not always published.

My novel is my father, I am saying, and it too is the best art I could make but not the best art I will make. For I am 33 and my feminist Jungian therapist says often: the beginning of adulthood is forgiving your parents for their sundry errors. The beginning of adulthood is seeing your parents as people unto themselves. 40, she notes, is often the end of adolescence.

For this I want a prize: I want protein from all angles, I am saying. I want to discover my meat. I want to grow bigger and stronger or mostly only stronger, bigger on the inside and stronger everywhere: in my little sylphy spirit, in my tuckered little heart, in the art; I am sick of my fitness when all I want is a new rightness!

In the fall I will set upon the novel, flashing my revisory incisors. The weather will no longer be warm. One morning, I will have to dismantle our balcony garden. Soon the nights will be too cool. Savagely I will rip roots and pluck vines; later as I remake sentences the novel will be urgent once more and I will be urgent too. On this tidal rush I will be ready for more.

Anything I have written already is no longer the authentic thing. Maybe one day it will be a different authentic thing, with its own legends, its own pragmatism. For now, I confront and defeat, cast and shudder, make and unmake and make again.

I want a huge dish of cheap fake meat in a savory sauce to sustain me in this. Tofu or seitan or TVP or tempeh will all do. I will put it in the brown stoneware bowl and/or the gray bowl and/or the black plastic one from IKEA. I will take portions of the cheap fake meat from the freezer and leave them in the bowls to defrost, beneath a slip of kitchen towel marked with use. The bowls will sweat until I am ready for my prize at which point I will cast it into a shimmering pan: to singe and caramelize, then gobble.

New acquaintances ask: why do you not eat meat. I try to explain that after two decades a habit is stronger than any impulse. “You could try it again,” says my husband. “It brings me joy. I would like you to have that joy.” Of course he is joking. We are all in charge of our own joys and abstentions.

“Does it really work that way?” a friend asks. “That when you’re sad you want to eat protein?” “It is a way of talking about how I feel, even if it is not literally true,” I say. The summer thunder is rattling the box fan.

Amanda Goldblatt's work is forthcoming or has recently appeared in NOON, the Fanzine, Tammy, and the Southern Review. She lives in Chicago.