How To Fall In Love 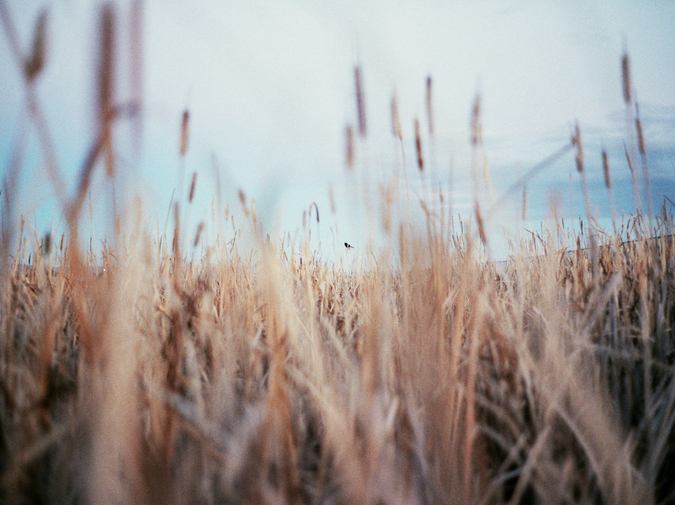 Sign up for Match.com. You’ve heard it works. You’ve heard for one out of every three marriages, the couple meets online. Create a username, a password, a catchphrase, a list of things that turn you on.

Leave the list of things you can’t live without empty. In other people’s profiles they put things like their cell phone or the internet or their favorite book if they want to sound smart, but you know that this is bullshit, that if those things were taken away from them, they would be fine. They would realize that all they really need is food, water, sex, and sleep.

Try to figure out what your fifth thing would be and then give up.

Consider creating a list of things you can live without.

Ketchup, you think. Your second kidney, your spleen.

Go on as many dates as you can. Don’t discriminate. Meet them for lunch on a Tuesday, drinks on a Monday, dinner every night of the weekend.

Sit across from them and talk about religion, about politics, about where they grew up, about their ex-girlfriends, about live action role playing, about where to find the perfect chili, about their favorite kind of porn. But whatever you do, however close you feel to them after three beers and an impromptu shot of tequila when you both discover you’re Scorpios, don’t tell them about the cancer. Remember how it is when you tell people, how they look at you as if you are already dead. Or, if not that, then like something weak and fragile, like a pitcher with a crack down the middle, a deep fissure through the handle. You’ll slip once and tell one of the first guys—in the middle of sex, no less.

Remember how he stopped moving and looked down at you and started to cry.

Remember how he collapsed onto you and buried his face in your neck and said, “My aunt had cancer. She died when I was three.”

Remember how he got up and wiped his eyes and looked at you for a long time and went to the kitchen and came back with a package of half-eaten saltines.

Remember how he extended them to you, how he asked, “Are you feeling nauseous?” and how you sat up, put your bra back on, and said, “Yes. Very.”

Ignore your mother who calls you three times a day, as if you are a pill she needs to take or a meal she needs to prepare. Ignore her when she asks why you are dating of all things. No one will really understand why it is you aren’t convalescing at home, wrapped in a crocheted blanket and ringing a porcelain bell for more ginger ale. They won’t understand that what you thought after you recovered from the prognosis was not how you wanted to die—which you have always thought about—but how you wanted to live.

Go on a date with a man who looks like your ex-husband—tall, small waist, broad chest, like something out of a comic book. Let him take you to dinner somewhere. Hibachi or burritos or dimsun. It won’t matter. All you will remember is how you left your shirt on so that he wouldn’t see your port, and how, when he laid on top of you on his couch, you couldn’t breathe.

The next day you do nothing but TV and eat raw Jell-o and respond to a message from a guy who asks if you want to meet him for a walk along the rail trail. That morning you woke up to the feeling of your skin on fire so when you get that message, it feels like a lifeline.

Meet him on the trail. When he gets out of his car, the first thing you will notice is how ridiculous he looks in the hat he’s wearing, a big-brimmed thing like some archeologist, and you will figure he was the kind of kid who loved Jurassic Park and Indiana Jones and dreamed about hidden treasure in the shape of dinosaur bones and little monkey statues.

Wave. Walk toward him. Decide together to walk north.

Feel charmed by how quiet he is, how he keeps looking at the ground, how he admits to not dating anyone in a while, how he says it’s not funny when you make the joke about him raping and murdering you for the third time, how, when it starts to rain, he offers you his hat.

Say no thanks and hold your hand over your head instead.

Ask him what he was like in high school.

Ask him what he thinks about before he goes to sleep at night.

Ask him what his favorite Indiana Jones movie is.

Tell him you love the scene where the man’s heart is ripped out of his chest. How, when you were a kid, you used to rewind the tape just to watch it again: Mola pushing his fingers into that man’s skin that broke open like clay, the man watching as his heart left his body, watching as both he and his heart kept living, kept beating.

When he asks you what you think about before you go to bed, don’t tell him that you think about dying, but not in the way that most people think about dying, instructing their relatives on how they want to be buried or cremated if they die, as if there is a possibility that they might not. You think about dying the way other people think about family reunions or business presentations. You walk yourself through it the way they might walk themselves through their Powerpoints, imagining your mother standing over you and your father in the corner. Sometimes you imagine a man beside you in bed, running his fingers along the edge of your collarbone so that you can feel him there. And sometimes, if you let yourself think it, you hope that in that moment you will want to stay. You hope that you will not feel like you are dying, but that you are more alive than you have ever been. Tell him instead that you think about what you will have for breakfast in the morning.

After a minute or two, ask him what he first thought when you got out of the car. Feel something stick when he says, “I thought, ‘Don’t fuck this up.’”

When he asks you what you thought you think of a minute about lying and then don’t. “I thought, ‘That is an awful hat.’”

Watch him look at the ground. Watch him take off his hat.

Ask him if he wants to go dry off somewhere, to swing by your place to change and then go get a cup of coffee. When he looks up at the sky and squint into the rain, tell him you were just kidding about the hat.

At your place, let him follow you up the stairs to your bedroom.

Watch him take off his wet shirt. Hand him an oversized one you got for free at a gas station that you sometimes wear to bed. Notice how the hair on his chest all points in one direction like a current.

“This shirt would go well with my hat,” he says, holding it up.

“Are you going to change?” he asks.

Think of the bruise in your elbow where the nurse couldn’t find a vein. Think of the port on your chest.

Notice the sun coming in through the cheap blinds you bought at Wal-Mart and how it lands in shapes on your floor like those plastic things you used to play with in elementary school. What were they called? Anagrams? Parallelograms? You were supposed to put the shapes together to make a square, but you never did. You used the rhomboids as arms and the triangle as a head and made them into robots.

Then you remember. Tangrams.

“Tangrams,” you say out loud, and he looks at your, puzzled. “Did you ever play with those when you were a kid?” You turn away and take off your shirt.

“That puzzle thing? I think so.”

“What shape would you make?” you ask.

“Like, when you were playing with them, you were supposed to make a square, but there was only one way to make the square. Did you always make a square?”

For just a second you forget. You turn around to look at him and you see him as he must have been then, an eight-year-old boy at a table so short it would barely come up to his knees now, his eyes the same sweet shape, his hair a little thicker.

“That you made cats. That’s adorable.”

“Oh,” you say. You look down at the circle of plastic below your collarbone. You cover it with your hand. “I’m a diabetic. It’s my insulin pump.”

When he sits down on the end of your bed, sit down next to him.

Stare at the closet door, at the floor, at the place on the wall where, when you were painting, you missed a spot.

“My sister has diabetes,” he says. “I know that’s not an insulin pump.”

When you turn to him to explain, he drags his fingers across your collarbone and circles the outline of your port and you won’t be able to help it, you think about the day the doctor gave you your prognosis—three months, he said—and how you had thought, That is a goddamn joke, and, That isn’t even as long as a season of Glee, and you drove home from the hospital and counted the trees you could crash into, the overpasses you could drive off of, and you told yourself that, at the next one you would do it, you would really do it, and you’d see the next one coming and you’d count to three and close your eyes like you did when your father taught you how to dive. “You can do it, Lauren,” he had said. “Just find a spot in the water and let yourself fall.” You closed your eyes that day on the interstate and pointed your hands but when you opened your eyes you saw the car in front of you coming to a stop—a dead stop—and you didn’t think to press on the gas and let it be then, let it be over. Instead you slammed your foot on the brake as hard as you could and felt the tail end of your car writhe like a fish and you stopped yourself.

On the end of your bed you feel it again, feel your heart beating in your chest and your head go a little fuzzy and you will want to say to say the same thing to him that you said yourself that day on the highway, which was, “Look. There’s still this. There’s still time.”

Emily Lackey’s work has appeared in Buffalo Almanack, The Intima, and The Billfold, among others. She lives and writes in Western Massachusetts.