How I wrote  Hotel California, the Pink District 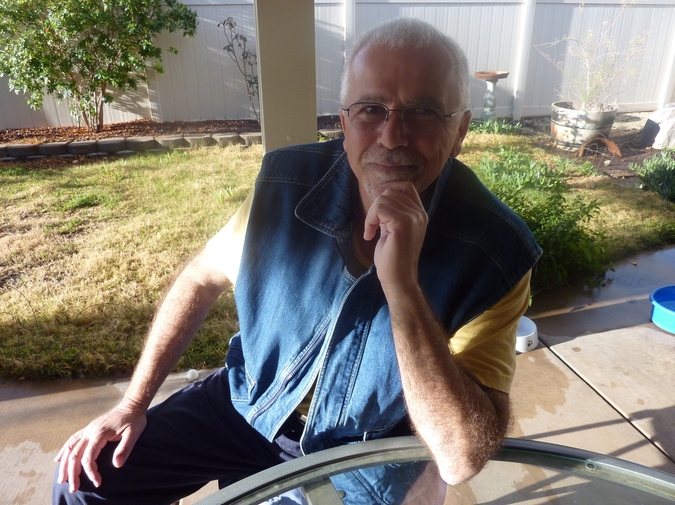 On sober reflection, I find few reasons for publishing my Italian version of an obscure, neo-Gothic French version of a seventeenth-century Latin edition of a work written in Latin by a German monk toward the end of the fourteenth century.

The doctors in a mental institution were thinking of releasing a certain schizophrenic patient. They decided to give him a test under a lie detector. One of the questions they asked him was, ‘Are you Napoleon?’ He replied, ‘No.’ The machine showed that he was lying!

All my mental troubles didn’t start in Teba Hecatompilos, that was Borges’ Alamo, but in a similar place: a local library. I was five years old, or six, when my aunt took me there and pointed at the wonder of the world. I don’t think I was that much of an asshole back then, maybe an asshole’s apprentice, so my scream had sincerity written all over it: ‘But what am I going to read once I’m done with these books?!’ My dear aunt wasn’t on par with the question, and my very first existential incertitude went uncomforted.

Even at this early age of mine I could clearly see the traces of betrayal, a foggish abbreviation from the path of genius: reading made me too comfortable from the get go – always a bad omen. I was forming a shell around me, a parallel reality; more furnished that castle became, less appealing the outdoors activities reflected in my binoculars. Then winter would come, as it does once a year, and my father, grandpa, uncle Brne, and uncle Zeke would wrestle a three hundred pound hog in the yard and slice its throat open, shattering my shelter into pieces and leaving me bare naked in the frost.

I became a Matrix freak who lives and fights while comfortably resting in a lazy boy (a tube sticking into his skull), a boy who cried holy hand grenade, a zombie at the end of a business trip. The only credible biographer of my petty existence would had been Marcel Marceau. And he'd laugh silent.

The Disney period of my life lasted until I turned twenty, featuring a mickeymouse in every serious endeavor I approached. There went the most creative years, brain juices turned into soft drink and spilled out with bubbles gone, while on surface I had the best of times. My perception was  blurred with shiny objects of fun, those beads that bought the island of Manhattan from natives like me. Then the Led Zeppelin came along, spraying tons of nitrogen into overheated crowd, making sure the song remained the same long enough.

At this point I didn’t want to count pennies, or split gilded hairs, I just wanted to figure out what to do with my future, if anything. Quite a sad point: I was in my prime, yet my alter ego mirrored that autistic Indian over there on the corner of lunacy and the main street, quoting from Black Elk with a natural ease that drove my namesake George Armstrong Custer hysterical. Of course, I could had done anything I wanted: there was plenty of time and juice to become, say, a brilliant writer, a vocation I always eyed with envy; or a professor of something, a millionaire. Even worse, I could had comfortably envisioned these paths to a diminutive vignette, smell odors, indulge in applause.

P.S. In one of his masterful stories, published in the collection ‘A Tomb for Boris Davidovich,’ Danilo Kiš mentioned an old Jewish custom: as they carry the dead out of synagogue, a rabbi whispers into his ear: ‘Know that you are dead!’

George Djuric flew through rally racing, street fighting, chess and anti-psychiatry as if they weren’t there. In the aftermath, all that was left was writing. He published a critically acclaimed collection of short stories, a book read like the gospel by his Yugoslav peers, The Metaphysical Stories. Djuric is infatuated with fictional alchemy that is thick as amber and capable of indelibly inscribing on the face of the 21st century. He lives near Palm Springs, CA.