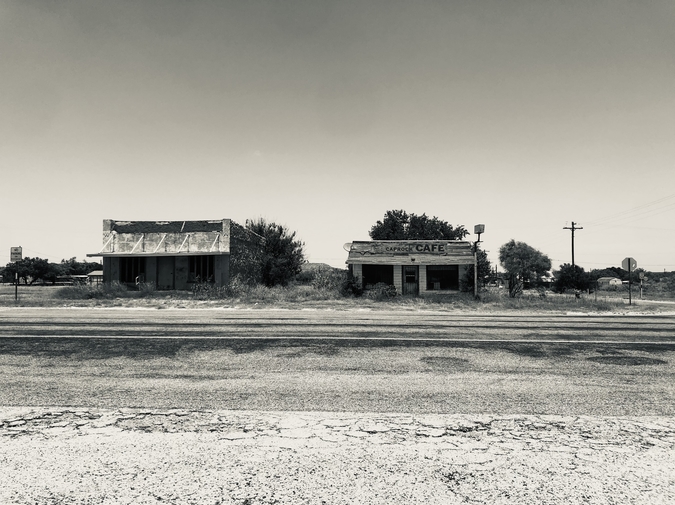 After last night, I’m no longer allowed at The Mint Bar. You could say it’s because I choked the owner’s daughter up against the wall next to the jukebox that only plays Cash songs—pushed her hard enough that a quarter fell from the coin slot—or you could say she deserved it. I just wanted to huff into that cowpoke bar and demand all the dollars she owed me. Because not twenty-four hours ago I found my only horse, a sorrel broodmare named Regulator, dead by the little barn. Six months before, I’d inherited her plus the decayed mini-ranch from an aunt. I mostly liked how Regulator would eat out of my hand an endless number of sunflower seeds. I never wasn’t going to sell her for at least a grand, which was why I quit the diner, and now what? The Mint owner’s daughter killed Regulator. I know she dumped antifreeze onto a mess of diet dog food and then left it in a corner of my sandy pasture. It’s antifreeze because I tasted it myself. It’s her because she has three obese pugs. She’s hated me since she found out her fiancé and I had a month-long fling before he proposed to her. I ended the affair after a pregnancy scare—I was sicker than I’d ever been for three days and somewhere in the feverish middle I had a miscarriage. He called the sickness a gift. I knew then he wouldn’t go changing into someone who’d ever offer me more than the time of day. He’s as much a loser as I am now alone in my own life. Meanwhile, she forgives him but acts as if I should rectify history. Like time isn’t already a runaway train.

The Mint owner’s daughter leaves comments on the ASMR videos I make: “ur way ugglier in reallife bitch.” My last video shows me repeatedly dropping spare change from one palm into the other: two quarters, a nickel, seven pennies. In no time Regulator ran me horse poor with her endless number of grain bags, vet fees, fencing. Which means my treadless truck tires stay such, forty-year-old hot water heater turns forty-one, holes in goddamn every little thing. Stuck’s the right word—only I don’t know the exact hold of its permanence. After I found Regulator dead, I called the only horse-mover in town, my ex-fling. Over the phone he said he wouldn’t help me unless I fucked him one more time; otherwise, I couldn’t afford him with the little capital he knew I carried. He’s the kind of guy who tells the same painful joke over and over: I like my women like I like my microwave: hot, clean, and she’ll kill any baby I put inside her. No one else in this town knows you can count to a million just as quickly as you can count to one.

On my porch I’m replaying my failed dustup in The Mint. I chug minerally wellwater to chase off the hangover while I wait for a million different answers to drop out of the sky. Give me a horse-evaporating meteor. Send a reverse stork or a tainted angel. Instead, vultures circle like they know a dead horse means more. The dry creek’s cottonwoods are giving up on me; their white seed tufts blow the other direction. Can’t dig a hole big enough for Regulator. Can’t drag her grand piano body around. Being horse poor means only having the options you never wanted. My ex-fling then drives up; he’s cursing the road construction like it’s my fault the world needs some upkeep. He says he wants the fuck up front. When I don’t answer, he feeds me his old bullshit. How he once watched an antelope run into his border fence. Barbed wire wrapped around its body “like a big baby.” He says he knew if he tried to help, he’d get himself stuck. So, antelope died. I tell him he’s cruel. Seeming to expect more than that, he stares after the cottonwoods’ shedding as if the seeds are a blight on his day. He asks if I still prefer missionary. I open and close my pocketknife until he goes peeling back toward town. I use the afternoon to record a new video and upload it: slowly pouring sand onto a sheet of paper, over and over. Time acts differently when you do the same thing over and over: the runaway train becomes not so runaway. When you do something the first time, you still have the chance to let go. A comment on my video pops up: “make evry1 happy go kil urself.” I delete the video. Out my window, I spot the caterpillar rigs awaiting tomorrow’s road crew to resume whatever it is they’ve been failing to do for months.

That evening I cross my pasture to stand before the wide-toothed scoop of a construction crawler. I clamber up into the bucket seat. Last guy didn’t bother to take out the key. My ex-fling’s right: trying to get unstuck only gets you more stuck. I turn the key. The crawler shivers to life. Half-confident and half-deserving, I drive it to my little barn where I’m lush with death and ideas. An hour later, I park the loaded crawler in front of The Mint. I threaten to drop Regulator’s body from the scoop if the owner’s daughter doesn’t come out. Instead, my ex-fling shows. I tell him about the antifreeze. He doesn’t smile as he says, “She learned that trick from me.” That’s when I dump out my horse. It fails to crush the motherfucker. But her big body sticks true in the bar doorway and I am briefly soothed by the sight. Echoes from a lone train haunt around the night, shadowing the difference between permanence and trickery; if only it would slow down enough to offer me a ride.

Alexander Lumans was awarded a 2018 NEA Grant in Fiction. His prose has appeared in *The Paris Review*, *Electric Literature*’s Recommended Reading*, Guernica, The Walrus, American Short Fiction*, among others. He teaches in Denver, CO.