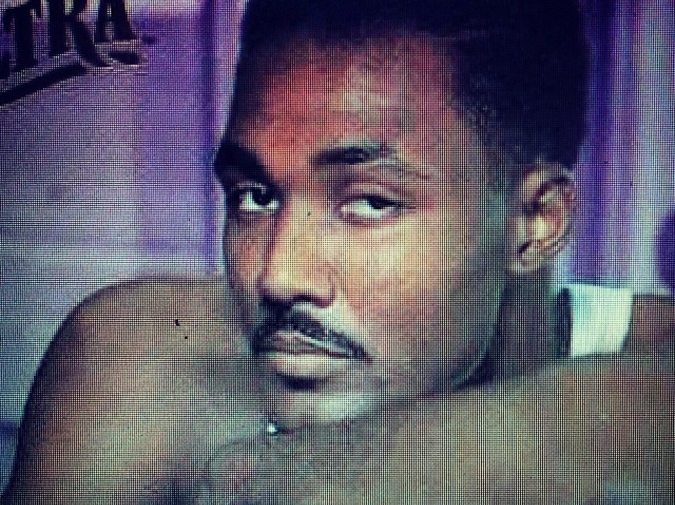 Greg Oden can’t figure out how
a balloon works. He keeps blowing into the hole
his hand makes when he signals
“a-okay” to his onlookers, the limp balloon
dangling like a flesh wound. Like Paul Pierce’s cheek after
he gets whooped up on again and again. By a guy
outside the nightclub. By the trash man, one-on-one.
By my friend Josh’s aunt in 1991. This was after Horace
Grant misplaced his goggles and wandered in the desert
for forty years. When he returned, everything had changed,
except the location of the MJ statue. The sand behind
him reminded me of when Coach K rubbed two
erasers together and started a fire. Even though Christian Laettner
was right there, right next to him, and of course,
is made of wood. Many types of wood. Some of it even treated,
so he didn’t burn completely away. Or what about that
time I saw Lebron James at Starbucks.
Lebron James tossing coffee beans
over his head. Lebron James tossing a mug
over his head. Lebron James tossing the barista
over his head and she never came down. The opposite of Bill Russell
lacing up his sneakers and going back to bed. He dreams
about me. He wakes up covered in sweat. Or Shaquille O’Neal reaching
into a well and pulling out a rabbit. “Ha, the earth’s magic
hat,” he chuckles. Better than when Robert Horry began
to confuse himself with a handsaw. Truth is Scottie Pippen
wasn’t born. He hatched from an egg that was stuck
to another, slightly larger egg. The opposite of Mugsy Bogues
on an airplane and the oxygen mask drops down,
for his seat only. Mookie Blaylock dresses up as Mookie
Blaylock for Halloween. That was before March, the sky
full of birds, the ground full of people, all of them,
the birds and the people, wearing Dick Vitale masks.
The earth suffocating like the loaf of bread Rasheed Wallace
choked out at Harvest Supermarket. The people
applauding. As one is wont to do with the discovery
that Steve Kerr is made out of clouds, very fresh clouds.
The same moment a girl I thought I loved forwarded me
a Powerpoint presentation entitled “Former Portland Trail Blazers
And Their Nicknames in High School.” Hmmm, okay.
Darius Miles: Free Hat. Zach Randolph: The Sixth Sense.
Clyde Drexler: Clyde The Wyde. It turns out he had a weight issue.
It turns out Skip To My Lou was really his porn name. And I saw
there everything he’d ever made. And of course, Kobe Bryant
hates women. It says so on a billboard in Biloxi as my dad drives
me to Mexico to live with my new family. I’ve been traded, he says.
The world as terrifying as the moment I pulled up
Brent Barry’s shirt. He was partially covered in scales.
Which is what we always suspected of Bonzi Wells,
kicked off his Chinese Basketball League team
after he failed to return from the Chinese New Year.
He has become the dragon, the rumor goes. The rumor goes
Darryl Dawkins shattered the backboard, but cleaned up
none of the glass. The opposite of Bobby Knight playing
racquetball alone. The same as the streets of Minnesota
littered with fallen thunder bolts. Kevin Garnett in the distance,
screaming into a flute. Not as satisfying as a bunch
of Spring Breakers throwing Mike Miller from their balcony.
Not as strange as Sheryl Swoopes dribbling a basketball off her
foot and it turning into a baby as it bounces into the street.
And get this: Dennis Rodman was born. And get this:
when the doctor walked in, Brandon Roy was juggling rotten
fruit, the worse moment in my haze, opposite of Kevin Durant
at a Taco Bell drive-thru, watching the sunset. The stars scattering
like the errant golf balls Keith Van Horn was so good at finding.
And the kid hanging out the window with the beef burrito
is a wannabe preacher who looks exactly like Brian Scalabrine.
Wow. And this is what I came to: it’s my first “real” date,
and we are at Chick-Fil-A. Gary Payton sits across from me.
No lie, like inside every basketball is a miniature Damon Bailey.
Seriously, tell Stockton he’s wrong, sitting in his rocking chair,
a double-barrel shotgun across his lap. He’s waiting for the mail.
Every day, he’s waiting for the mailman to return.

Tyler Gobble is the scruffy half of Stoked, a multi-hat wearer for Magic Helicopter Press, and party-ghost-in-residence for Vouched Books. He has plopped out four chapbooks, and his first full length poetry collection will be out from Coconut Books in 2014. He likes disc golf, tank tops, and bacon, and yes, in that order. More at www.tylergobble.com.