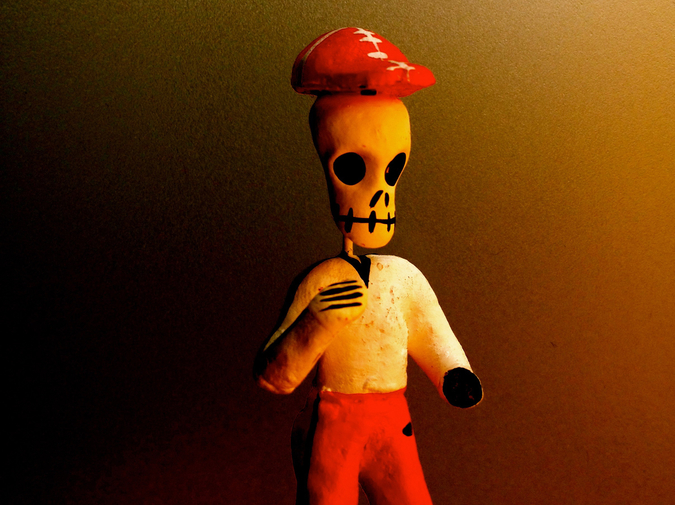 For the last couple of years, we've asked some of our favorite writers and contributors and known baseball fans to "predict the season," a kind of Hobart version to an expert's panel of predictions on, say, ESPN or Sports Illustrated. You can see last year's here, and 2011's here. This year we are going to space these out some, a different expert or two every week, throughout April. Today... Jim Ruland!

Drugs. That’s what baseball is about these days. In fifty years from now, when baseball historians look back at the modern game from their undersea bunkers, they’re going to marvel at our collective naiveté. We are all complicit in the PED-era, and you know what? I don’t care. Lift the bans. Legalize them all. Let’s see what these ball players can really do.

Here’s a look at some possible drug scandals from around the league with teams arranged in order of predicted finish.

Toronto Blue Jays: Club officials report that the players are hooked on Lay’s Chicken and Waffle potato chips. There’s nothing dangerous about that. It’s just sad.

Baltimore Orioles: When I was growing up in Northern Virginia, all baseball-loving kids were by default Baltimore Orioles fans. Three-time champion Jim Palmer was a spokesman for Jockey, which meant all my favorite baseball mags had ads with Jim and his junk. His nickname was Cakes because he liked to eat pancakes. Riiiiiiiight.

New York Yankees: Fuck Alex Rodriguez. The real news this season is that Tim McCarver has announced that this will be his final season, greatly enhancing the chances of recovering alcoholics in the Yankees fan base of staying sober.

Detroit Tigers: Antabuse is an old school drug they give to alcoholics to help keep them sober because it makes them violently sick if they drink. It also gives them  exceptionally vivid dreams. (Or, ahem, so I’ve heard.) When Miguel Cabrera takes Antabuse, he dreams that he gets paid millions of dollars to swat at a little white ball for a few hours a day. On a pony.

Kansas City: When Royals back-up catcher Brett Hayes was in college, he ate three tabs of LSD at a picnic that ended up in an impromptu game of catch. Unbeknownst to Brett, one of his friends substituted the ball with a turkey claw. That landed him in therapy for years and he still has trust issues. Thanksgivings are especially traumatic.

Chicago White Sox: Reportedly, some members of the White Sox received cortisone injections during the season last year. Jim Gray is all over this breaking story with some hard-hitting investigative reporting.

Cleveland Indians: One time a friend brought over some pills that a chemist he knew had made. The pills came with a note that said we could eat the pill and wait a few hours for the drug to kick in, or we could snort it and feel the effects immediately but it would feel as if a hole was burning through our nostril. Naturally, we snorted it. That’s what being a Cleveland feels like – acid burning a hole through the flesh on your face – only without the euphoria, hallucinations, etc.

Minnesota Twins: Clark Griffin bought the team in 1920 and passed it on to his adopted son Calvin, who moved the team from Washington D.C. to Minneapolis. It’s a little known fact that Calvin had a twin brother, Cline, who was an opium addict who penned homoerotic poetry.

Texas Rangers: If you sit in the 15th row of section 44 in the right field and a man in a white suit asks you what your boots are made out of, do not under any circumstances say, “Armadillo.”

Oakland Athletics:  After outfield prospect Michael Taylor sliced his finger while tossing a packet of gum in the dugout, all but ensuring that he won’t make the roster this year, he got loaded on mescaline and after staring into a kaleidoscope for hours ended up on Treasure Island kicking in the headlights of a VW bug while teenagers screwed in the back. Oh, wait, that was me.

Los Angeles Angels: Josh Hamilton could not have picked a worse place to come play than Orange County. Hamilton will be spending his down time in the part of California that produces a significantly disproportionate segment of the white prison population. They're going to find this guy in a Costa Mesa motel with a needle sticking out of his arm by the All-Star Break.

Seattle Mariners: Hundred million dollar man Felix Hernandez’s contract is so massive, he can no longer afford not to take PEDs.

Houston Astros: After moving from the NL Central to the AL West, new manager Marquis Donnell “Bo” Porter has his work cut out for him. But hanging your hopes on the likes of Jose Altuve is a recipe for long nights in the dugout nursing a cup of purple sizzurp.

Washington Nationals: Bryce Harper looks like a poster boy for PEDs but is clean as a whistle. He is, however, hosting a dangerous parasite. His name is Scott Boras.

Atlanta Braves: Greg Maddux was an early adopter of nootropics. Today, no one in the bullpen knows how to spell it.

Philadelphia Phillies. I wonder if first baseman Ryan Howard knows that the FDA recently approved an obesity drug and that it goes on the market later this year. Belviq! Belviq! Belviq!

Miami Marlins: There’s absolutely no truth to the rumor that management is considering renaming the team the Florida Bath Salts.

New York Mets: The front office is too cheap to provide drugs, so the players sit naked in the ice tub eating snow cones as quickly as possible.

Cincinnati Reds: When Johnny Cueto leaves the mound, he counts the number of Ks he hung on his opponents and takes an equal number of Klonopin with a chaser of Arizona Mango Iced Tea.

St. Louis Cardinals: Missouri has been the meth capital of America pretty much since they started keeping track of these things. So it’s hardly a surprise that during Tony La Russa’s time as manager he ran a Walter White-style operation out of Busch Stadium.

Pittsburgh Pirates: In 1985, Tim Raines, one of the best lead-off hitters of all time, testified that he used to keep a gram of cocaine handy for use during his games and that he slid headfirst to avoid breaking his vial of candy.

Milwaukee Brewers: Ryan Braun, aka the Hebrew Hammer, wants you to know that he has nothing to do with Braun PharmaCare in Chicagoland. He thanks you for your support during this difficult time.

Chicago Cubs: It’s a closely guarded secret that everyone in the organization is a hopeless ketamine addict.

Los Angeles Dodgers: When word gets out that 22-year-old Cuban Yasiel Puig has been smoking blunts dipped in plantain oil since he was fourteen, every Mercado east of Western is going to be overrun.

San Francisco Giants: During home games, an assistant to the team dietician randomly doses one cup of Gatorade with liquid LSD. Closer Sergio Romo is almost always first in line.

Arizona Diamondbacks: Set-up man Heath Bell has been known to wander off into the desert with a baseball bat, a handful of Oxycontin, and a bottle of Jack. When he finds a saguaro that reminds him of his father, he washes down the pills and dismantles the cactus with his bat.

Colorado Rockies: Did you know Rocky Marciano was born in Colorado? And that he died in a plane crash when he was just 45? And that his daughter, Mary Anne Marchegiano, did time for dealing coke?

San Diego Padres: Everyone likes Padres skipper Bud Black. That’s why his sex tape, in which he reveals his passion for poppers and “moresomes,” is going to make Bud a pariah in the dugout and popular at the club.

Jim Ruland is the author of the short story collection Big Lonesome and co-author of Giving the Finger, which will be published in early 2014. He lives in Southern California where he curates Vermin on the Mount, an irreverent reading series now in its ninth year.