HInterland Transmissions: AIDS on a Toothbrush 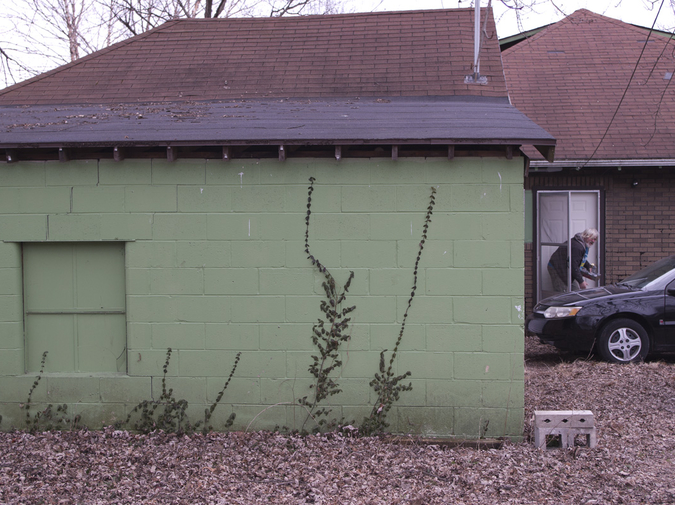 It's the middle of winter. My last submission was rejected with good cause. It went a little off the deep end. And even though the weather has been pretty tame this year I'm beginning to feel the effects of it. Hard to find motivation for anything more involved than taking off my clothes. Falling into bed. And pulling the blankets up over my head with a pathetic sigh.

Originally I was going to blather on for a few hundred words about the effects of cabin fever. Bore you to death with complaints about the snow and ice and grey skies. But I couldn't pull it together. It sounded fake as fuck to me. I deleted it. Deciding to go in another direction altogether.

Instead I'm going to tell a quick story. Something from my youth. Something to take your mind from the cold winds howling on the other side of the glass. So grab yourself a hot chocolate. Or a bottle of wine. Light a fat joint and huddle around the glow of your laptop. And listen to old Uncle Steve tell you a tale while warming your heart.

It was sometime in the early nineties. The brother of my stepmother had been living with us on and off for years. He was down and out. He was always down and out. Preferred to drink his money away than spend it on rent. Or groceries. Or anything else for that matter.

Which for a teen was a pretty good racket. Because he was always too fucked up when he finally came back to notice. Instead he'd drop down more cigarettes and piles of change. Restocking before falling into the bed face first. Causing a great wave that rocked from headboard to footboard. Threatening to burst the sack and hopefully drown him in the process.

But we were never that lucky. He always woke up. And things weren't all free cigarettes and casual pornography. He loved to fuck with people. Antagonize them into fury. He'd continually brag about his strength. Make children hang from his biceps. Whisper lewd comments in the ear of his brother's wife. And was sure to pull his cock out at a wedding.

I must've been fourteen at the time. Sitting in the backyard on a swingset erected for my much younger half-sister. I'm not really swinging. Putting none of my own effort into. Letting the cool Canadian breeze push me back and forth. I feel suffocated by the small town I live in. By the rules of my stepmother.

That's when I hear the music. Skynyrd or Aerosmith or maybe it was Zeppelin. I don't remember for sure. But I do remember that it was cranked. And it cut through the air of the quiet village like a fart at the library. It was noxious. And before the tires of his GMC Jimmy pulled into the long paved driveway I knew it was him.

I sat there as his truck came to a quick halt. Looked over my shoulder as the door slammed and he came around the side into view. I must've looked pretty pathetic. Overgrown for the child's swingset. Long face. Alone in the late afternoon sun of Southern Ontario. So I get what I have coming.

'S'up pussy,' he slurs at me as he stumbles across the pavement and onto the grass. I'm young and have no confidence so when I tell him to go fuck himself it comes out as a whisper. Like the sound of a giraffe. He watches me as he moves across the lawn with his half-closed eyes.

'Hey, tell ya what, pick one of my pockets and I'll give ya what's in it. One of 'em has my whole paycheck in cash.' I look at him as he stands there. I believe him. I believe him because if I can get that pocket full of cash I'm out of here. I'll be out on the edge of the highway with my thumb out. Waiting for whoever wants to slow down and help me run away.

'The left,' I say. He smiles. Reaches down into the front left pocket of his tight blue jeans. He makes a show of it. Really digs around in there. I'm sitting there thinking I've got this motherfucker. That he just made a big mistake. That he just lost his whole fucking week. And when he hands it over I'm going to laugh in his ugly face.

But I don't get the chance. Because instead of a fat wad of cash he pulls out his empty hand. Middle finger raised. 'Looks like you lose again faggot,' he sneers at me then laughs maniacally while swaying drunkenly in front of the small tin shed. I want to get up and kill him. He stops laughing just like that. Leans forward on his skinny legs.

'You know what?' he asks me, 'if I ever get AIDS I'm gonna come back here and jerk off on your toothbrush.' Then the laughter starts up again. I don't know what to say. My brain never saw that one coming. I stammer. Sputter words. He stops laughing and leans in a little closer. And then it comes to me.

'Yeah, well, I'm not gonna brush my teeth,' but as soon as I say it I know I fell short of the vicious burn I was looking for. His face recoils from me in disgust. Like he just saw the blood-soaked scene of some horrible and violent crime. He takes a couple steps back from me. I feel like a leper. An idiot. A god damned screwup.

And then. Just before he swirls around on his lanky frame. Stumbling off around the side of the house and the door there. He lets me know what he thinks. 'You're fucking gross.'

And I couldn't disagree.

Steve Anwyll's novel Welfare is coming out with Tyrant books sometime this year. He runs the twitter oneloveasshole.