Him or His Brother 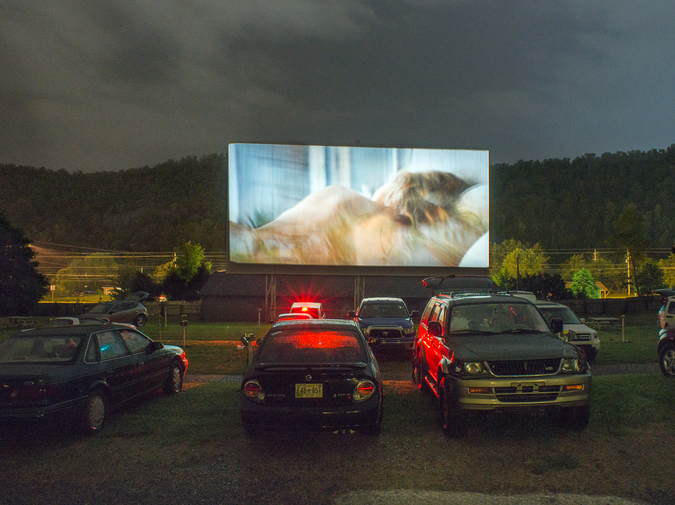 I was wearing white lipstick when I pressed a kiss onto the dirty window in the back corner of his mother’s garage, pasting spider silk and bone-colored dust to the glass. I left that mark to be discovered at an unspecified moment. In the future. I left that mark, a ghostmark, for him to see. Him, or his brother. It’s hard to say which is Him, which is His Brother. I knew them both. Knew them, with a child’s charming lack of moral intelligence.

Bob Hicok writes miles of miles and miles, but to me Texas was years of years and years, the expectancy that this time would stretch ever on, arcing its backbone to follow the curvature of the earth, disappearing over the horizon line, face up-angled to the biggest sky. That it would move, with no selvage, into the future.

One of them said your guileless eyes. The other said I know that unconditional love exists because of you, and my mom. But I often have doubts about my mom.

One of them sprawled in the cemetery grass, plucking syrupy dandelion stems between finger and thumb, offered his body like a prize. The other carried me, cradled in his arms like a shot dog, when I broke my knee and howled at the rainclouds, demanding mercy.

One of them wrapped honeysuckle arms around my fresh hips, then stood nude in a bluelit room, with a box fan perched on his slim thigh, his hair like fluent Spanish in the gust. The other folded penciled poems and pressed them into my palms, danced in the dark of cruciform shadows, melted into the mattress the way brown sugar trembles to nothing on the tongue.

I looked at myself in the mirror, in the girls’ restroom, when my face was like wax paper. The color of it, the sound of it crumpling with every cramp. I bled, hunched in the stall, like I’d never bled before. Blood, two weeks late. Shining and clotted. And I told myself I didn’t know for sure. I wouldn’t know for sure until I was a woman, in the future, until my husband and I were trying, and it happened again and again. I cried thunderhearted and silent, with my hand clamped over my mouth, as girls came and went with mascara giggles and aerosol hush. I took off my tights and balled them in my underwear, limped slouching to the school nurse, barelegged in combat boots, to mewl into the phone for my mother. I swallowed blue tablets and lay on crinkling paper, face cast to a crack in the ceiling plaster. I never told. I never told him. Or his brother.

Anna Lea Jancewicz lives in Norfolk, Virginia, where she homeschools her children and haunts the public libraries. She is an Associate Editor at Night Train literary magazine, and her writing has appeared or is forthcoming at Bartleby Snopes, The Citron Review, matchbook, Prime Number, and many other venues. Yes, you CAN say Jancewicz: Yahnt-SEV-ich. More at: http://annajancewicz.wordpress.com.