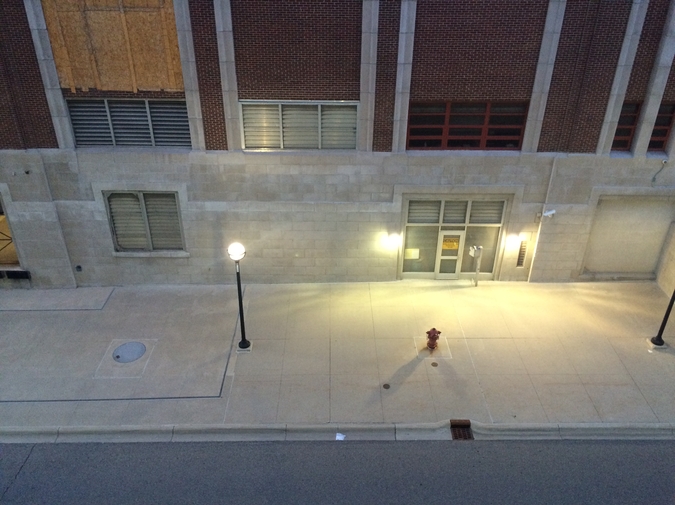 Long after the death that sealed her fame, I paid Grace to cut my hair.

Grace has psychic powers, and most everyone in Gorham knows it’s true. When the town’s high school basketball star died from cancer, his mother, Eileen, went to Grace to get her hair colored before the service. Grace told Eileen that she saw him. Eileen asked if he said something. Grace said yes and told her.

His death was swift, he only missed one game in the season, his name was called during the graduation ceremony, and quickly a plaque was put on a wall. But it was Grace who told Eileen the right thing and it stuck.

I wanted my black curls to fall just under my ears. She called me brave. Here, I corrected her. She smiled. With several sharp gestures, my ponytail came loose, and she presented the fat curls to me in the mirror. She held it tight, her thumb and pointer finger, a small, french-tipped python, strangling what was just part of me, and asked me how it felt. I told her that it felt much lighter.

She marked the sale in her books. I mostly had quarters in my bag, they were easy to come by at the laundromat where I worked—I fidgeted their total in my palm. Without looking at me, Grace told me that she had seen my future, that I would be a mother by my twentieth birthday. She told me there were worse things to be.

It was ordinary the way Grace saw it, the way she could call up time. Ordinariness came from the dirt, was a carpenter and a secretary—it was the thing that never left home. The thought would have never crossed its mind.

On my twentieth birthday I did not have a baby. Instead, I learned about Megan. A woman who hung herself when she was twenty, when I had just turned five. A cousin who had what I have. Megan is a biggest feeling I have, have always had. There’s a photo of us—my back is faced toward the camera, head of tight, black curls, and I am reaching around her. She is smiling so hard her eyes are closed, and she is reaching back.

In high school, my social studies teacher decided that to better understand the Salem witch trials, our class should enact the burning of Joan of Arc. Ours was a world that devised its own sense. He knew I recently appeared in a high school theater production, which made me specifically qualified to be Joan. He projected flames onto the white board, made me stand on a chair, and encouraged the class to shout at me. I was not acting the part enough to his liking. He told me that Joan would have had been bound to the stake. He told me that Joan would have felt pain. He told me to scream. I did not feel anything at all.

I began to love her—my Joan of Arc—and when voices spoke to me, I wished they were important angels, like hers. Now, angels hurt all over my body; the war, unspecific. And I think of Megan who fell through it, drawing out her own match for the pyre no one could name.

Every moment I have ever lived has felt like either two things—either, an old dying horse that needs to be put down, preferably by an empathetic owner, or, a very pregnant cow who is in the process of giving birth, its calf, be it dead or alive, hanging halfway out.

Mary Alice Stewart is recieving her MFA from Bennington College. Her work has appeared in Washington Square Review and anthologized in The Dead Animal Handbook edited by Cam Awkward-Rich and sam sax. She is from Maine.