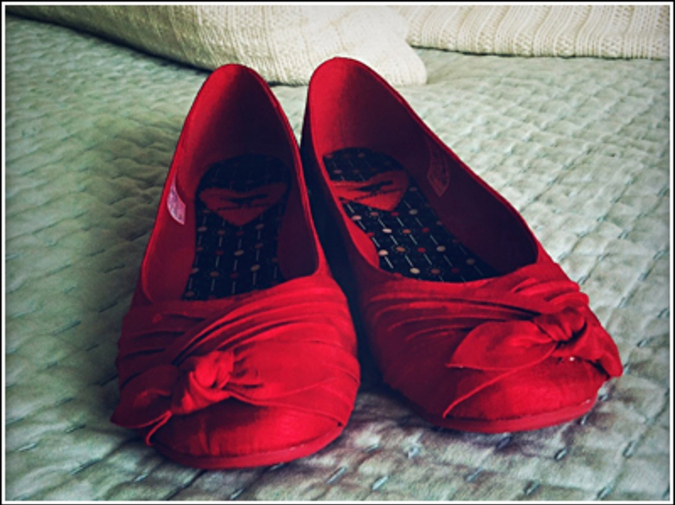 The toilet is leaking again and the handyman’s been here twice already. The refrigerator was failing every other month and the radiators were calling to each other from across the apartment in loud clangs like locomotives hoping to mate. I thought I’d take a look for myself, but when I open up the lid on the toilet and turn the screws and jangle the bulb it all seems like I’m an engineer in the Emerald City and that the Wizard and Dorothy will escape into my bathroom. A disappointment for all parties involved.

But it does remind me of when we were kids. Me and my sister watched The Wizard of Oz every year. This was before even VCRs, so it was a kind of family holiday when one of the networks would show it on a Friday night instead of reruns. To me and Joan, the black and white was more novel than that blown out color. Some things about that movie are still true. Having an army of monkeys massed against you, flying or not, is a terrible thing and seems a precursor to inevitable death. Persons severely lacking in even the most basic human abilities can nevertheless become close and valuable friends. Or maybe everyone is botched in some fundamental way. I don’t notice the leak until I think about it and then there it is. And then I can’t stop.

In my sister’s case, the obsession is clinical. She thinks for example her floorboards are made of paper. She might hold her breath in the dining room and pause at the end of the Oriental runner. She might decide that the words in a book will spill onto the floor like ash. It makes me check that the beginnings and ends of my thoughts haven’t frayed.

Our main drama is getting her to her doctors. I have to go over early. She says the moldings in the room look like the wavy frame on a bulletin board. “How did you get into the kitchen?” I ask her.

And she says, “I know. I came in from the bedroom but I was thinking of getting a glass of water.”

As far as I can tell, what she knows and what she believes just don’t match up. I helped her move in! The floorboards undulate like dozens of streamers. We carried her dresser up three flights and it hasn’t fallen through the floor. I try again, “Shouldn’t I have dropped onto your downstairs neighbor’s couch by now?”

I feel like maybe I’m yelling or getting close to yelling. Pay no attention to that man behind the curtain.

It always bothered me there was no organ for the lion. It’s not like he got a kidney from the Wizard and then went out and widowed gazelles. And he also wasn’t imaginary. Scarecrows and tin men can’t usually walk at all. Even if all they got was a change to get out and mix it up a little, bully for them. But the lion was out there bolting from crickets. Up came the sun and the shadows reached like arms for his fur. I imagine I was a bothersome kind of child. Even now simple kinds of maintenance evade me, and I have to leave a message for a man whose name I think is Mike to come over, spread out some tools, and solve what I’m thinking of as an ecological tragedy.

I take the glass of water from her and dump it on the floor. I’m checking my watch twice a minute.

“I’m standing right here, the floor didn’t disintegrate.” I reach out and grab her hand. It stiffens.

She says, “I’ll just pretend I’m weightless, but don’t let go of my hand or I’ll float away.”

Chad Chmielowicz lives and works in Chicago. His work has appeared in the Prism Review, the Journal, and elsewhere.