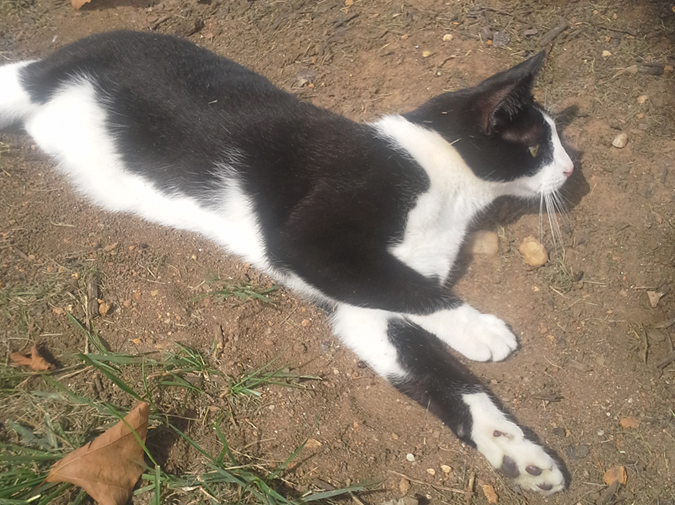 On that rainy morning of that last day, I delivered some homemade ajiaco, Colombian chicken soup, to my mother, and my ex-girlfriend who was expecting a child that might be her husband’s or mine.

I went to see my mother first. Her apartment was fifteen minutes away from me. We talked for a little bit. I was excited about the soup; it was a good batch I told her. She wanted me to deposit a check for her. She didn’t come out of the house much, unless it was with me. I grabbed the check, kissed her on the forehead and left.

I was pretending like if I had work that day. If she knew I’d taken the day off, she would have pestered me about taking her shopping to Walmart or Macy’s. Who wants to go shopping at Walmart on their day off?

My ex-girlfriend’s job was five minutes from my apartment. I parked and she was already outside, waiting for me under the building’s parking garage trying to avoid the light drizzle.

I walked through the rain and handed her the lunch bag.

“What happened to the umbrella?”

“That thing is bulky, I just wanted to get out the car fast,” I said. “Here is the soup, cookies, bananas, and a couple of tangerines.”

I visualized placing my right hand on her belly. She was three months.

She kissed me on my wet cheek.

I acquiesced; we kissed again and I left.

I stayed up late the night before making her favorite soup, using all organic ingredients in case I was the father of the baby.

When I got home, I drank some coffee, put on some depressing music, and watched my gray cat be lazy on the purple rug.

I sent my ex a quick phone text about the limes in the lunch bag. Did I mention them? She will see them.

Then I started texting an old love of mine, in another state, trying to convince her to come the following weekend, despite the world possibly ending soon, “We could have one last good weekend before nuclear annihilation…wink, wink.”

She took too long to respond and I got bored.

I went on Twitter and tweeted photos of my cat. I retweeted stories about the ten items to include in your nuclear fallout emergency kit and an easy pistachio cake recipe for busy professionals.

I heated some of my homemade soup and texted again my pregnant ex.

Read two short stories about Chileans in Russia written by a Roberto Bolaño from Chile.

I avoided the television on specific instructions from Ray Bradbury. (My favorite writer)

I got a text informing me that a co-worker’s elderly father passed away. I wept. He came to our office once and made us some delicious gumbo. He gave everyone hand-made wooden crosses and birdhouses. I gave one to my mother. He talked to us about surviving the Pearl Harbor attack and then meeting his wife the very next day.

I called my mother and told her I loved her.  She said she enjoyed the soup so much she was taking a nap. We hung up and I started thinking about the conversation we had last Sunday after grocery shopping.

We were talking about dreams. She always dreams about food before someone dies.  So I asked her what she dreams of when someone is going to have a baby.

“Did you get someone pregnant? Am I going to be a grandmother?”

I laughed it off nervously, and tried to change the subject.

Fawzy Zablah is a graduate of the American public school library system. He is the author of the short story collection Ciao! Miami (Little Havana Press, 2006) and the novel Rarity of the Century (Tiny TOE Press, 2014). His short story, This Modern Man is Beat, was adapted into an award winning short film by screenwriter David Schroeder and director Alex Merkin in 2015. You can follow his ramblings at: https://fawzyzablah.tumblr.com/