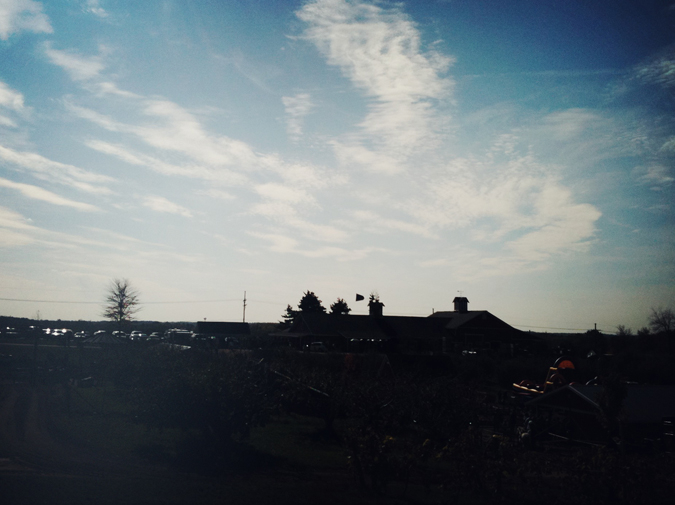 Doug's house looks the same as Bob's house. Bob lives next to Doug. On the ground surrounding their houses they have planted blades of vegetation. Thousands of them; millions perhaps. They call this vegetation grass. In Bob and Doug's neighborhood, the more of this vegetation you have surrounding your house, the better people will think of you.

At the mid-point between their houses Doug has constructed a series of six-foot wooden slats. There are two reasons for the slats: To remind each other which blades of grass belong to Doug and which belong to Bob, and to make it difficult for Bob to see thegrass Doug has planted.

Since the natural amount of rainfall is too little for the grass to thrive in the region Doug and Bob live, the two men are forced to soak it with water every four days, lest it shrivel and die. Bob uses a series of hoses and hose attachments to disperse the water evenly. Doug employs robots that rise from the ground to disperse the water. Bob wishes he had robots. Additionally, Doug and Bob cover the grasswith manmade chemicals every sixty days, striving to make it thicker, fuller and greener than nature intended.

To cut the vegetation, Doug and Bob enlist the help of machines designed specifically to cut four centimeters from each blade of grass. Left with millions of grass pieces 4-centimeters in length, Bob uses a primitive pronged instrument to gather the grass, a job that puts blisters on his hands. Doug, meanwhile, employs a machine that generates a controlled wind to corral the clippings. He makes the activity appear as unchallenging as possible (especially if Bob is watching) and directs his nose to the sky when he sees Bob using the primitive pronged instrument. Bob is embarrassed and ashamed that he does not have a wind-generating machine to corral his grass.

In addition to their houses, in which they eat, sleep and watch television, Doug and Bob have separate houses for their automobiles, called garages. The space in their garages not occupied by automobiles is occupied by possessions they have no use for in their regular house. For Doug it is primarily exercise equipment purchased while watching television late at night. For Bob, it is boxes of clothing, compact disc cases and random trinkets that have gone unopened through four moves. Since their garages are full of boxes and exercise equipment, Doug and Bob build smaller, third houses to store the machines they use to cut and corral their grass, called sheds. These third houses are larger than most people's first houses.

After Doug and Bob had kept their grass at 8 centimeters for years, Jerry builds a house next to Bob. This house looks the same as Bob's, and, in turn, Doug's. To cover the ground around his house, Jerry does not need as much grass as Doug and Bob needed. Doug and Bob laugh privately about this and direct their noses to the sky. Like Doug and Bob, Jerry has a garage. But unlike them, Jerry has enough room for his automobiles and the machines he uses to cut and corral his grass. Doug and Bob are puzzled by this and every morning look to see if Jerry has finally built a shed.

Doug and Bob begin to wonder if Jerry knows about the 8-centimeter rule. They also notice other differences between their grass and Jerry's grass and how Jerry's grass doesn't have the thickness, fullness and greenness of their grass. They wonder why he doesn't notice these differences or care about them as much as they do. One morning Bob puts his fist through the wall in his foyer after determining that Jerry's grass was not as green or thick as it could be.

After each writing strongly-worded letters concerning Jerry's grass, Doug and Bob meet for the first time on their way to place the letters inside Jerry's screen door.

Doug eyes Bob's envelope. "That about his yard?"

"You believe this clown?"

Seeing Doug and Bob approach, Jerry meets them on his front porch. The three exchange names and discuss local weather patterns and sports teams. They beam and chuckle and say it is terrible that they hadn't met and discussed weather patterns and sports teams sooner. The conversation then turns to Doug and Bob's envelopes, which makes Doug and Bob stammer and fumble their words. Eventually they explain all about the grass and the 8 centimeters and the corralling. Jerry understands and pledges to find a solution. After all, he is a consumer scientist and finding solutions to such problems is what he does best.

Over the next month, Jerry gets the OK at work to devote all his time to grass. By the end, he has found a solution, creating a commercial substance from rubber and plastic whose look and feel is almost indistinguishable from grass. He invites Doug and Bob to his house on a Thursday evening.

"It's synthetic so it will always be this thick, full and green," says Jerry. "And the best part: It doesn't grow."

"You won't have to put chemicals and water on it?" asks Doug. "It will always be that thick, full and green?"

"It will always be 8 centimeters?" says Bob.

"My only concern is that your fake grass won't look as natural next to our grass," says Doug.

"No, we can all replace our grass with this. It's better than grass. In fact, you can throw away all your cutting machines and raking utensils and watering devices. You'll never need them again!"

Bob tilts his head to each side to stretch his aching neck.

"No cutting machines, no tools or utensils or devices relating to grass at all?" asks Bob.

Doug is more flustered than before, "Then what will we do with our sheds?"

"Don't you see? My grass will be just like your grass. No blade better or worse than any other. And we wouldn't have to worry about keeping each blade thick and full and green. No getting up early on Saturdays to cut it back to 8 centimeters or staying out until dusk making sure each blade receives adequate water and chemicals. Wouldn't that be wonderful?"

Doug and Bob consider this for a moment, then speak in unison: "No."

David Holub's work has appeared in more than 30 publications, most recently at 3 AM Magazine, Monkeybicycle and McSweeney's. He recently traded his lawn mower for a pasture.