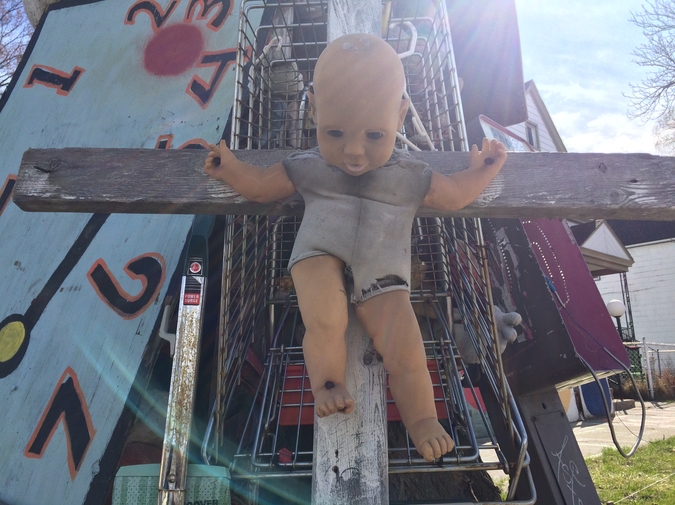 You write a book with three parts. Sure, a few critics come down hard, but mostly the book is appreciated. It becomes a trendsetter. The fans are respectful. Interviews are great.

You write a sequel to the first book. It’s a departure. Less violent. This book has a great main character, one of your best. He’s a sacrificing kind of guy. Dies young. You include a post-mortem epilogue. The hero’s message lives on. Maybe he does, too.

The second book is a bigger hit than the first. Absolutely colossal. People all over the world are dying to speak to you. You’re as patient with the fans as you are with the journalists. You stay in touch, although it’s time to write another book.

And you do. This one mixes bits and pieces from the first two. You toss in a new hero. A bit of a loner. Not really a hero, but he has a great adventure. You get experimental. More science fictiony. Speculative is what the critics call it. You gain a whole new fan base. It’s thrilling at first, all these fresh people full of excitement. Even so, a problem arises. The fans of your first two books can’t stand the third. And the fans of the third book hate the people who love your earlier work. Go figure.

You lie low. You wait for the storm to pass. You take a vacation. You gain perspective. Maybe books aren’t your thing. Maybe it’s movies. You go to Hollywood and sell yourself. Directors come calling, some with massive egos, bigger than your own. You don’t sweat it. You shake hands. Many movies are made. Some are hits. Strangely enough, no director will touch the third book. What’s wrong with it? You suggest doing a storyboard. No one’s willing to draw the protagonist.

You enter a period of crisis. Maybe you should write another book. Fuse all the characters from the first three into a magnum opus that will bring all the fans together. You try and it proves harder than expected. Re-reading your earlier work, you see how immature it is, how infantile and unsophisticated. You browse through the second book. What a load of crap. The first four chapters are identical despite the changing points of view. Plus, the cast lacks development. Nobody arcs. And the finale? You throw up in the toilet.

You don’t want to skim through the third book, but you do it anyway. Now you’re filled to the throat with self-loathing. The book is a hopeless mess. Always the same setting. Why can’t you write a decent end?

You drink yourself into a depression. The only solution is to write something new. To prove you’ve still got what it takes. Although this time you’ll keep it short. No more epics. So you turn to something called social media. You open an account and give yourself a “handle.” It’s the simplest one you can think of. Nobody believes it’s actually you.

Daniel Presley is an American author and screenwriter living in Paris. His film Populaire (2013) was released in over thirty-five countries. It won Best Narrative Feature at the San Francisco International Film Festival and Best First Feature at the COLCOA Festival. His fiction has appeared in Hunger Mountain, Wigleaf, Drunken Boat, Thrice, Akashic Books, Queen Mob’s Teahouse, and is forthcoming in The Minnesota Review. He's currently finishing a second movie, a novel, and a collection of short stories.