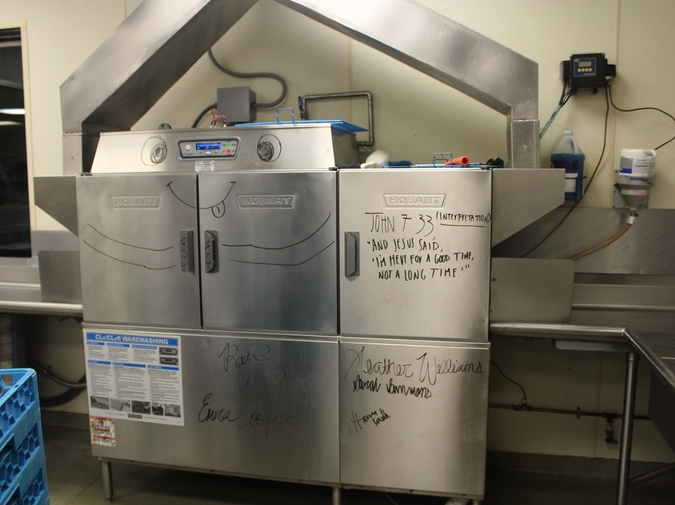 Q-tips were her guilty pleasure. She loved the feel of them caressing her inner ear, reaching the itch she could otherwise not scratch. Even when there wasn’t a swish of water lodged within, she loved the touch of the cotton swirling round. She found herself in the bathroom cleaning her ears when she was in a rush to get ready for work, when a phone call with her father turned sour, when her younger brother didn’t respond to her texts.

As a kid, her mother stocked a box of Q-tips in every bathroom, and her stepmother kept them in glass containers on the counter by the cotton swabs and floss wands. Even at her grandmother’s house, Q-tips were tucked in the lowest drawer of the bathroom vanity. Wherever she went, Q-tips abounded.

At fifty, her aunt got vertigo, falling in the shower, and the doctors admonished her for using Q-tips, saying they often pushed wax into the ear instead of getting it out. Her aunt’s recounting made her pause, but when the itch called for scratching, she dug to the back of the bathroom drawer for what she needed. She swabbed her inner ear, felt the tickle and sighed. The Q-tip was nearly clean and she felt a ping of guilt tossing it into the trash.

Trash bothered her: on the curb neatly tied in a plastic bag, or broken apart and scattered on the beach. Contained, or uncontained, there was no good trash. It stunk and rotted, and sometimes, even worse, did not rot, only sat or floated for eternity. She’d watched a documentary about trash collecting in the vortexes of the oceans, forming islands of floating waste, the largest of which rivaled the size of Texas. The sight of Styrofoam began breaking her heart into a million molecules of plastic as light as air.

Cutting out plastic grocery bags, Ziplocs and straws was simple. She stopped purchasing paper towels and began dusting with rags. In the bathroom, she faced toothbrushes, floss and Q-tips. Only the latter appeared optional, and she vowed to discontinue its use. Millennia of humans had lived with wax in their ears, perhaps even lived well, as the wax seemed meant for the ear as tears were meant for the eye.

She knew other people would say that she thought about the Q-tips too much, but she sensed the actual problem was that she didn’t think enough, that she belonged to a generation whose lives were trashy smears on a non-renewable earth. If all the trash she’d ever made, from the unconsented diapers to the plethora of single-use water bottles accompanying high school athletics to the car she bought and totaled at twenty-six, were piled in her backyard, it would topple over her two-story home.

At the start of the new year, she told herself it was time to change. She would not buy another Q-tip for as long as she lived. When she informed her husband, he protested, “Do you want my ears to be filthy?”

The final box of 150 Q-tips, purchased before the ban, dwindled, and her husband got the final swab. In the back of the drawer, she found the empty container, lined with flecks of cottony dust, and jammed it into the trash, sobriety thrust upon her.

The itch of her inner ear called, but she did not answer. She grew stressed at the computer, walked into the bathroom, opened the drawer, and finding it empty, only then remembered. Water lodged into her ear while she showered, and she shook it free, the bathroom a blur as her head rocked up and down. Early in the morning when her ears itched after sleep, she jammed her pinky as deep as it would go and raked hot, melted wax with her nail.

One day when her husband was in the shower, she stepped into the steamy bathroom and saw a used Q-tip on the counter, its end dirty and yellow.

“I bought a travel kit at Meijer.”

She opened his toiletry drawer. A blue travel kit of fifty Q-tips sat among his razor, deodorant and toothbrush.

“How am I supposed to clean my ears?”

She reached into the drawer. The shower ran. She pulled a Q-tip from the sleeve. White, pristine, sleek in its austerity. She wet its tips with her mouth like she always did, and inserted the Q-tip, felt the release like a groan within her ear.

Coated with wax yellow and hard, she tossed the Q-tip into the trash and took another. The second came out nearly spotless and her inner ears ached for a beat or two, so clean, so exposed.

Her husband said nothing. As his stash of fifty waned to five, she lingered in the grocery store, eyeing the box of 150 Q-tips for $1.89. As the urge to buy grew, so did her self-disgust. Why couldn’t she be stronger? Forget about them, she told herself. Forget they exist. She forced herself to walk away.

“Hey! Let’s talk. I miss you,” she impulsively texted her younger brother in the check out line, pressing send without giving herself a chance to think twice. He responded once every ten messages, if that. It hurt to reach and reach and never hear back, but if she didn’t reach to him, who would?

Three dots instantly appeared and she sensed him, as if on the other end of a long thread, holding his phone and typing a response. The dots vanished as the cashier called, “Next.” In the parking lot, on the drive home, in her kitchen, she checked and rechecked, but his response never came through.

Late at night, she found herself crying like she was wont to do, snot clogging her nose and unable to breathe, remembering what it felt like to be young and so terribly out of control, her brother yelling in pain from the other room.

Her husband slept soundly beside her. She knew she was not there, was not in the past, but her heart beat wildly all the same.

She imagined her brother now as an adult over-dosing and being found dead in his bed, a waxy replica of himself. His warm, loud presence, his playful grin and easy demeanor suddenly snuffed out.

He didn’t use those kinds of drugs though, right? Alcohol, pot, those dulled the moment, cut the edge, but they didn’t flip the light switch off in the cerebellum and stop the heart and lungs. He took psychedelics occasionally. Mushrooms. Ecstasy at dubstep concerts, where he wore a Camelbak of water because the dancing made him so thirsty.

If he used harder things, would he tell her? Probably not. He wouldn’t want her to worry, she worried.

If she had the money, she’d pay for him to go to therapy. She’d been in therapy for eight years and she felt her brain slowly thawing, coming off the high of chronic stress that had pumped into her system while she shuffled between two pristine middle class homes. Her clutter-free childhood was spent putting every item in its rightful place, weekends dedicated to dusting, sweeping, scrubbing. The clean was never clean long enough, and to cut the edge of impending dust, her parents drank. With her father, the drinking sometimes led to yelling, a burst of rage, his face contorted and red, spittle flying, often at her brother, and in those moments, she raced to the closet in her bedroom, listened, chest throbbing, wishing she could make it stop, that she could scoop her brother up and take him somewhere safe. No one noticed the missing beers her brother snuck to the basement at twelve. She herself drank Mike’s Hard while sun tanning at thirteen, but soon a streak for following the rules sent her reeling and she didn’t touch alcohol again until she was properly twenty-one, and even then, her consumption was miniscule. She stayed in the lines while he tore the lines apart, the quiet to his loud.

If he died, she’d speak at his funeral and cry as she cried now. She’d try to put into words how he’d been with her every day at whichever home, one of her constants, how sorry she was that she couldn’t protect or help him, how he’d be with her everyday still.

Her husband sighed in his sleep. The tears kept flowing. She got out of bed, walked silently through the dark to the bathroom, shut the door and turned on the light.

She wet the tips in her mouth and closed her eyes, relishing the sensation deep within her skull, and felt the calm overtake her as she cleaned the second ear.

Elizabeth Droppers spends her mornings crafting her debut novel while in the afternoons she works as a Marriage and Family Therapist. She holds an MFA from Pacific University. Follow along @_EDroppers on Twitter.