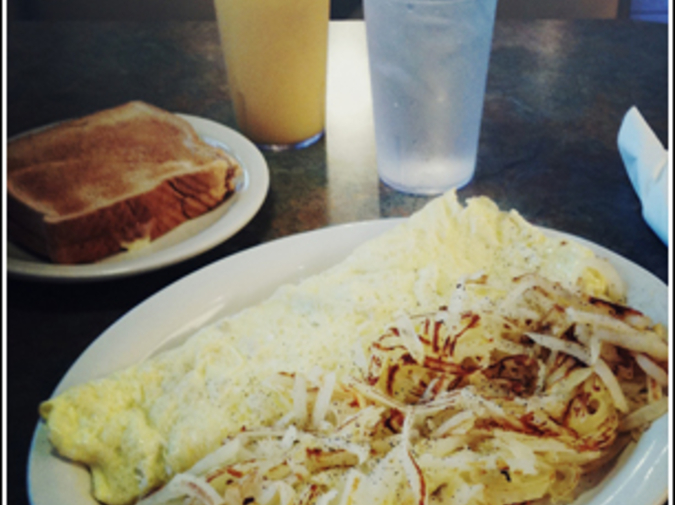 The madness was generally good about eating the women’s shoes in pairs, so that neither of them ever had to throw away a shoe with no match, and no shoes ever went to waste. The women chastised the madness for this habit at first, but when they realized that on nights that it ate a pair of shoes, it was not hungry for dinner, or breakfast, or often for days, depending on the height and material of the shoes, the women decided to let it be. The madness had to eat, they agreed, and one food wasn’t really all that different from another. On days that the madness didn’t eat, the women had dinners of hot pockets or jam sandwiches, standing in the kitchen or on the sofa in the living room, playing puzzle games on social networking sites.

Ira enjoyed all of the shoe shopping. At first she replaced the eaten shoes with shoes that looked similar, but they were eaten too, and the woman who worked evenings at the shoe store stopped making conversation with Ira at the checkout. So Ira began to try new styles: boots with sharp heels, flat canvas shoes that looked like boats, sandals with bows. This was so much fun for Ira that she got carried away, coming home with sparkly rubber sandals and clear wedges filled with water and floating plastic fish, until she realized that the madness’ affinity for shoes did not stretch this far and such ostentatious shoes would not be temporary.

Ira wore her fishy wedges economically but less and less enthusiastically, and Ruth Ann poked fun at them and ignored them, alternatively. Ira began dressing down and wearing nude lip gloss rather than strawberry morning or pop pink to balance out her shoes, but she soon decided that the blank space of the rest of her body allowed the shoes to shine even more, and she quit trying.

Her students loved her shoes, and after a parent-teacher conference, one told Ira she was almost like a stripper. He seemed to mean it as a compliment.

Ruth Ann eventually stopped mentioning Ira’s shoes, and then one night, when the madness was menstrual for the first time, it ate every rubber and plastic pair.

For six days after, the madness groaned and stopped around the apartment. Ruth Ann thought the madness needed a long talk, and Ira suggested it wanted a reversion, a nipple, though there was nothing to suggest it had ever had one. Luckily for the woman, the madness bared its teeth at this suggestion and, as if to prove Ira wrong, began to eat on a bigger scale: the shoeboxes, the shoe organizer, and then the organ pipe cactus between the closet and the door.

Is that type of plant all right for it? Ruth Ann asked.

Or a bank, Ruth Ann said.

A hospital might ask too many questions; a bank might tell them their madness was worth nothing. It was the second possibility that scared them the most.

Ruth Ann went to bed early, but Ira stayed up to keep an eye on the madness. It crouched under the coffee table, looking bloated. Ira watched it for ten minutes, and it did not move.

You must have poor self-esteem right now, Ira told the madness.

She drew an image of the madness on a piece of printer paper with a felt-tipped pen, but she made the madness sleeker and more symmetrical. In Ira’s drawing, the madness also had an hourglass waist and a thinner eyebrow.

Ira showed the drawing to the madness and said, Look, it’s you.

The madness shut its eyes.

Ira watched the madness with its eyes shut until she grew bored. Then she folded her drawing into an airplane, and then a cootie catcher, and she left it on the coffee table above the madness before she went to bed.

The next morning while Ira showered, Ruth Ann played the cootie catcher every way she could think of, but each way gave her a piece of the same thing. The madness crawled out from under the coffee table, where he had grown in the night, and startled Ruth Ann into opening the cootie catcher too forcefully so that it ripped along a crease between two of the flaps. Ruth Ann unfolded it; the drawing of the madness looked up at her with a gash across its eye.

I should have known it was you, Ruth Ann told the madness, and they both began to cry.

Ruth Ann drew her own picture of the madness, but she drew it in her journal, and above the picture she wrote, I hate this madness.

Ruth Ann referred to the madness to capture its proportions. It seemed to know what she wanted and stood very still for her, wearing Ira’s pop pink lip gloss and earrings.

When Ruth Ann finished, she closed her journal and put it in its place on the second shelf of the nightstand on her side of the bed, where it was visible but safe. She felt sure that the madness could not read or understand the text above its picture. It might look at its picture later, when she was away from the apartment, she thought; the madness might think of itself as a muse. She laughed at it in advance.

The picture and text were safe from Ira, too, because Ira respected Ruth Ann’s personal space. Ira never entered it, unless she happened to roll into it when they were having sex, which did not happen that often and did not involve a great deal of rolling. Moreover, Ruth Ann’s side of the bed was furthest from the door.

The picture and text were safe from everyone, in fact, because neither Ira nor Ruth Ann planned to let anyone else into their bedroom. The madness might be out, and neither of them wanted a visitor to catch a glimpse of it and begin asking questions.

The madness had followed Ruth Ann to the bedroom but had lost an earring along the way.

Ha, Ruth Ann said to it, aren’t you a beauty.

This sounded sarcastic in her mind but doting out loud. This often happened when she addressed the madness, and it confused her, which made her uncomfortable. She averted her eyes so that she would not feel guilty about not pointing out the madness’ missing earring, which would involve speaking to the madness again.

Aren’d you beauties, said the madness back to her.