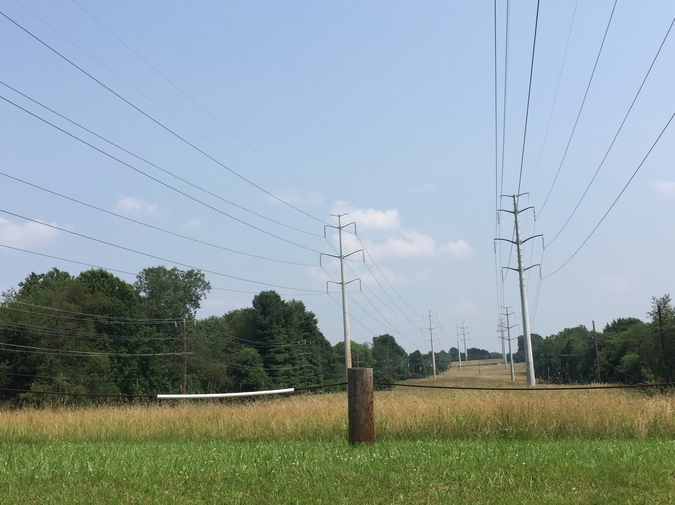 Girl I Want to be in Chinatown

I carve horses out of watermelon. I swallow
fish eyes like gum drops. I pray under

neon chandeliers, string chrysanthemum
in my hair. I know every secret my aunts

exchange in the bathroom. Even my mother
can’t recognize me, the way I speak

her language. I bribe my grandmother
for egg tarts. I make her a wig from my hair.

New Year. Ruby writes her name with silver
gel pen on the inside cover of each book she owns.
For Anne of Green Gables, she slows down, as if
hand-lettering a party invite or practicing
her mother’s signature. Under the table lamp
the letters glitter like her diary’s plastic lock.

Valentine’s Day. Ruby’s mother gives her
a package of multi-colored hair ties. Technicolor,
Ruby thinks, a word she learns from TV
to describe magic coats and cartoons
her parents let her watch. But I’m not her
Valentine, Ruby writes in her diary, imagines
wearing a jacket made of light rays.

St. Patrick’s Day. Ruby’s mother says Asians
don’t look good in green, so Ruby has no
green clothes to wear to school. Only a hair tie,
its sparkle like Christmas wrapping paper.
Worn as a bracelet it feels like the scratchiest
wool sweater, leaves a pink ring around her wrist.

Fourth of July. Her parents upstairs, Ruby
watches fireworks on TV, her tongue stained
red. She is eating a strawberry popsicle, tracing
her mouth with its melting tip like a wand
of lip gloss. After it’s gone she decides
to change her handwriting to all caps, small
as the blue letters on her popsicle stick.

Halloween. Ruby is an angel for the fourth year
in a row. Her halo of gold pipe cleaner, shedding
down to its inside wire. She doesn’t want
to admit she’s scared, like her mother, of blood
in her mouth, haunted houses, and warts.

Christmas. Ruby asks God for bell-bottoms
with iron-on patches. Blue eyes with icicles
inside them. A kiss from any white boy at school.

One day, there’ll be more Michelle Kwans than we’ll know what to do with. Michelle shaking the vending machine next to you, Michelle smearing Tiger Balm on her bugbites, Michelle’s hair blowing around her at the bus stop, Michelle’s hangnails on your sofa. They won’t be relieved just by seeing another Michelle, won’t just have to befriend each other. They won’t be asked, are you Michelle’s sister or cousin or mother or daughter? They won’t wonder, do people like me because I’m named Michelle? Where there is zero, one day there will be one or two or ten or twenty, on TV, peering up from a college brochure, at the top of an Olympic pedestal. One day—even farther into the future—the Tara Lipinskis won’t be afraid of so many Michelles.


How to Live Inside a Storm

Each morning I unlatch the dollhouse so it opens halfway, like the cross-section of a burger if all its pieces held together. I take out Mother from her bed, light as a birthday candle, park her in front of the TV downstairs. I move Father outside, stand him next to the azalea bush. Brother locks himself in the bathroom for a daylong shower. Sister twists on the kitchen faucet where she pretend-washes her hands. Each night I put them back into their beds, shutter the blinds that agitate like eyelids. One morning I unlatch the house to find Mother swimming in her bathrobe—tiny on the sofa—Sister’s eyes peeping above the neckline of her dress. Another morning, Father can jump inside the plastic bushes, holes where the azaleas fell off. Mother watches TV, dwarfed by newscasters that say a hurricane’s coming. Brother stands full height under the kitchen counter. I can hide Sister in the bathroom sink, curled up against the storm. Mother begins counting cans of beans while my hand scrapes the staircase walls, putting Brother and Sister to sleep. Soon not only my arm, but my body can fit in the staircase if I crouch down low enough. I pull the house shut from the inside before I can’t anymore. A roll of duct tape rattling my wrist, I mark the windows with Xs.

Lisa Low was born and raised in Maryland. Her poems have appeared or are forthcoming in Passages North, Drunken Boat, Vinyl, The Journal, The Collagist, and elsewhere. She lives in Bloomington, IN, where she recently earned her MFA in poetry at Indiana University.