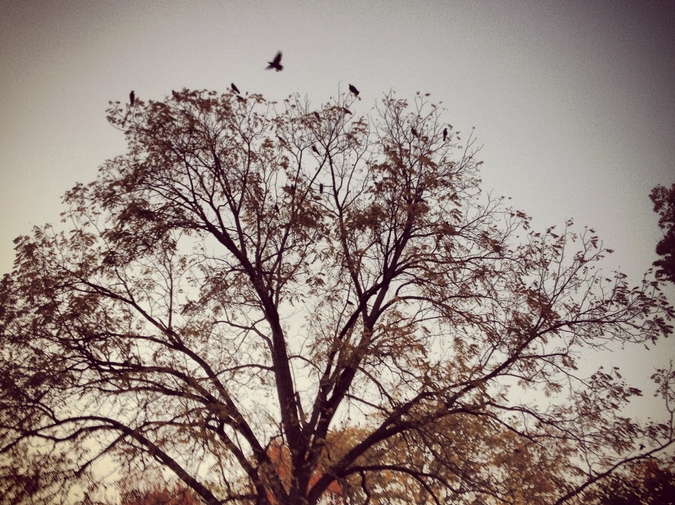 My Wife Has Bad Dreams About David Koresh Again

Waco flutters her wings and your stupid
match goes out.  I told you we never

should have named a Lovebird
after that city.  And that cage

written all over it.  We should have
made our own decisions, seen advice

for what it was: a pomegranate
picked clean, even of its pith.

Let’s face it:
we hung ourselves with a love

we forced silk upon, and all its
attendant cocoons.  In one, eHarmony

breaks a harp string, and therefore
loses a thumb.  Let it, and us,

become peaches again, and if not
peaches, then perches to clawfeet

sticky with oranges, to a feather
that was never light, was never

light as.  At a certain point,
no sex becomes a little Branch Davidian,

I’m sorry to say, in spite of your drool
and moans.  That point, I’m guessing

is a dyslexic prophet with coffeecup
glasses, burning to embers

in a cavernous ranch.  In fire, you mutter,
is a free haircut, an excuse to spill

the Chardonnay.  I say, you can’t
put out a fire with goat’s milk,

but your mother insisted
it’s healthier.  With a hoe

let’s till our kiss, dig up its red
decoder ring, prosciutto rind,

cracker at the bottom of the world’s
bathtub.  Where, you ask,

are the silver drains?  I want
to say something about our hearts

but am afraid that’s the wrong answer.
Hoses, are more like it.  Your mother,

the revisionist sleeping
on the couch, insisted also that

pomegranates are blue, that drowning,
to the fish, means birth.

The frog in the jogging suit, this
cardiac arrest.  How did his socks
stay dry, the Boneyard Creek

avoid ridicule as a child?  You know
how creeks are.  In winter, the swallows

stop their hearts, bury themselves
in the thinnest ice.  There’s
something to say about the walnut

who flew in from Gaul.  The salts
in our mouths can’t resist the cracking
resurrection, Himalayan pink

and coarse as your mother’s gravy.  All sorts
of things happen when we’re

gone:  You’ve become a world-
class fly-eater, the strange organ
of a bird we mistook for dead.

The tongue as leash, and leashed.
The instant oatmeal that now

wants to take its time.  I’m
wearing my flag pants.
The stripes are jumping.

Here, dialectics are a gamebird, or
their parts.  Pheasant breast, squab
tongue, this bluish liver of the quail.
Squawk! you say, and the wind keeps
our vitals in check, even through
these jackets—Blue Songstress, Corn
Smut, Raven Shit—zipped up and filled
impossibly with down.

There’s a foxfire in the labia of the bee,
you say, and later, I’ll know you’re
deconstructing indigenous and river
mouth, swing bridge and baby names,
but now, looking up, without a single die,

it’s all I can do
to mistake this for another
call of another kind
of bird.

When a mother barks, that’s
the beginning of the end.  This

is how leash is the saddest
walk in the world, our tongues
hanging in the wind,

our clothesline mouths.  Your father,
like my father, will microwave us

omelets.  The kind that need
plenty of ketchup, that allow
the mosquito the designation

of benefit.  This kitchen is full
of them.  Between bites, you say,

even the mosquito has a womb.
Tonight, we name it Manny
after your mother’s goldfish.

In this egg, is the yellow
of his tailfin, never once slapping

the bowl’s glass.  This is how
a fish lives on a nightstand—
next to reading glasses, an unread

book.  A book, if the doctor
is right, she’ll never read.  You

should know this: It’s tough
to come home after bathing
in the Hondo River, how the train

tracks here are ignored, tough
after showering in a theater

who will be the one to give
our mothers their shots, to feed

their three drifting dogs ground
beef and rice.  Kiss me and pray
it still works.  That we still hide

explosion in our bodies.  The good
kind.  Years ago, when we could

live elsewhere, the stars
were brighter than breakfast, but
Andromeda caught the heartworm.

This is how an omelet fails.
She used to send us grapefruit.