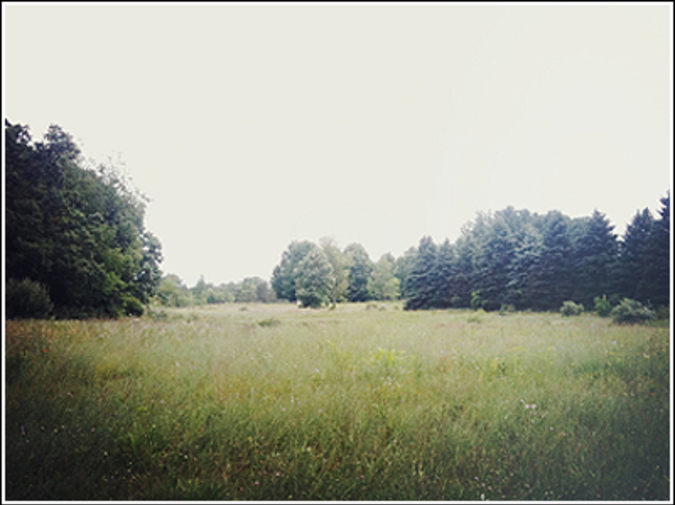 Fitzhugh was there for the convention. Marcy held out a brochure which he took, then on his third lap around the hall, he asked her to dinner.  Over better-than-average calimari, he told Marcy about his dead wife Darla. I mean, she might as well be dead, right?

Gone on another month-long retreat in the Blue Ridge, learning that love is a leaf, peace is a stone, and God is that feeling you have when you forget who you are. He felt hopelessly earthbound next to Darla. She commanded the spirit world Fantasia-like, while he couldn’t properly cook a frozen dinner. She said everything about Fitzhugh was misaligned, blocked and bent. His conduits of energy were all dammed up. Nothing flowed right.

Fitzhugh lamented that he would never be able to go barefoot like her guru, the glass blower with the flamboyant gray hair, due to chronic tendonitis in his left foot. All of Fitzhugh’s shoes had orthopedic inserts and he could never remember if it was spelled like this orthopedic or like this orthopaedic or whether both were acceptable.

In the dark, under the polyester hotel comforter, he traced Marcy’s contours with his fingers, and she moaned, a little too dramatically he thought, but he appreciated the effort. She touched dormant parts of him, ignited untapped nerve endings. Facedown, Fitzhugh bit the pillow and a shockwave of pleasure coursed through his body. They trembled together and laughed, a thin sheen of sweat lacquering their bodies. Marcy swung her long leg over his hip, and they fell asleep in each other’s arms.

In the bright morning light, Fitzhugh noticed deep lines spidering out from the corners of Marcy’s eyes. By the hang and drop of her full breasts, he assumed she was a mother, but he couldn’t remember for sure. He gave her a golf shirt that had the logo of a company that made accounting software. Marcy seemed moved by the gesture and she held the shirt close to her chest, thanking him with too much sincerity, but by this point he didn’t care if she was being genuine or not.

In his room, he packed his bag and called Darla to tell her he would not be home for the weekend as planned, and in the background he heard several voices, laughter and tribal drums. Who’s there? he said. No one, she said.

Fitzhugh and Darla loved each other once, near the beginning, when undressing her was like unwrapping a gift.

A great granite dome appeared in front of them, far in the distance. They hiked to the top after several breaks for Fitzhugh to catch his breath. At the top, they looked out over purple hills and a winding river. Fitzhugh felt Marcy take his hand, and they stared at the remnants of the sunset that they had missed. The light was fading fast and she looked at Fitzhugh and said she loved him and that everything was going to be okay now, and Fitzhugh saw himself tumbling down the granite dome in the dark, smashing his head on the rock, because they had waited too long to begin.

Todd Cantrell lives in Lithia Springs, GA. His fiction has appeared in Pif, The Collagist, and The Legendary. A story is forthcoming in Twelve Stories.