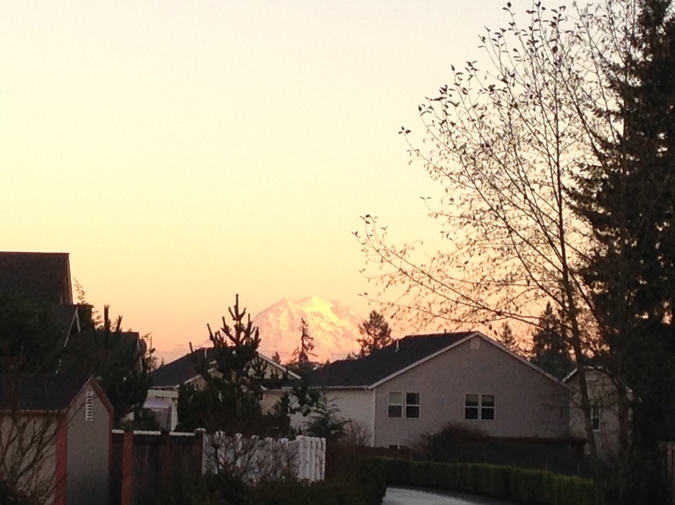 Betty crossed her yard and our street and my yard holding a bundle of mail. She dropped most of it into my trash can before she climbed the steps to my front door. There she stood, holding a single letter she had not dropped into the trash.

“What’s your address?” she said instead of hello, how are you, isn’t this heat terrible.

“114 Gadsden,” I said and indicated with my glance that my husband had painted the number on the trashcan she’d just used. She confirmed this with a couple of short breaths through her nose.

The envelope had my sort-of name, Mrs. Joshua McAvoy, over Betty’s address: 119 Gadsden. “You don’t live there,” she said.

I said the bank must have mistaken the “4” I’d printed by hand as a “9”. I apologized. I told her I’d contact the bank and she went home.

Three weeks later she posted another letter from the bank onto my mailbox with a twisted piece of masking tape. She wrote on the envelope: You do not live here. All caps. Three exclamation points.

I still hadn’t called the bank.

Josh posted the letter on the fridge next to a commentary he clipped from the newspaper: “Do You Know Your Neighbors?” and wrote an unnecessary “ha ha” above the headline. This should have reminded me each time I reached for food.

“At least Betty has limits,” I said. At least she wasn’t opening the letters. I pointed this out later that night when Jeopardy! went to commercial.

“You should really call the bank,” Josh said.

I reached for my phone.

“Tomorrow,” he said. The bank was closed.

She posted the third letter with masking tape on our glass door with a sticky note attached: You do not live here. This is your FINAL WORNING. That, followed by no less than five exclamations points.

“Freudian,” I told Josh. “I am totally wearing this woman out.”

I dialed the bank and got an automatic menu. I had no desire to navigate the catacomb of dials and returns looking for a place to change my address. “You have thirty minutes,” Josh said. He drove me to the entrance and stayed in the car to flip through the radio.

Everyone in the bank was like Betty: heavy voices set on low volume. Fifteen minutes later, the teller told me his database was down. He told me go home and change the address online.

I looked and I looked on the website but could not find where to change my address. “There is something wrong with me,” I said.

Across the street, Betty sat on her steps leading to her door, stiff as a gargoyle. She stared at the house next to ours.

Josh couldn’t find it either. I settled on a link: Contact Us, and waited in front of an empty text box for the right words.

Nora's stories have appeared in places like Shenandoah, Juked, the Bellingham Review, the North American Review, and the Best American Non-Required Reading 2010. She currently lives in Tallahassee, Florida, with a dog she's named after Woody Guthrie.