Faye, it’s a Present for Your Birthday by The Fourth Sad Boy 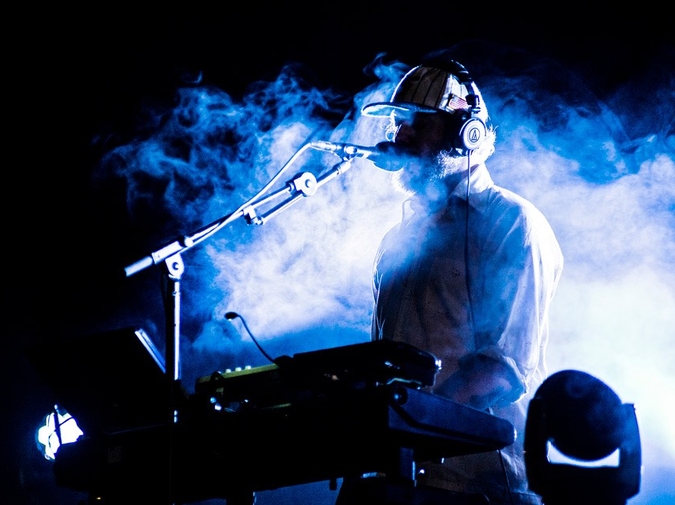 Taylor was in her older sister Faye’s room watching a red marble roll under the bed. She crawled after it, her hands and knees pressed against the floor, as she scooted forward. The marble rolled towards a thirty foot-hole that was dug into the hardwood.

A blue light shined out of the hole. It was bright.

The marble dropped into the hole and bounced against the sides of it. Taylor was nine, but Faye had always told her she had an old soul. When she reached over the hole and touched the blue light with her hand, its bright glow was starting to fade. She peered over the edge.

Actually, the hole was a deep well. And it descended about 80 feet underground.

The marble had to be retrieved. It belonged to Faye, and she had been staying at Fairfax, INoVa hospital, stuck in bed with her body under a thin blanket, clear skinny tubes sticking out of her neck and forearms. Taylor wished her sister were awake, knew wishing never really did much to solve her problems, of which she had many.

Faye collected small toys, trinkets really, stuff she’d stolen from retirement homes, or daycares, gas station bathrooms, indoor gyms, the sushi place down the street in the strip mall where people rented dvds from red boxes. The paramedics had given Taylor the red marble, someone had said it belonged to Faye. She had recently gotten a job, at an appliance store. This month, the store was selling Christmas supplies. Faye had sold a pack of huge plastic reindeer, along with a fat jolly Saint Nick to a hipster named Bob Iver.

He gave her the red marble, said it was a birthday present, and then left the store.

But back in Faye’s bedroom, Taylor was feeling the edges of the well, and soon she found the stone steps embedded into the sides, noticed how they spiraled into a descending staircase. She took a deep breath and then clung to the well, and put her feet on the steps.

They were big enough to walk on, so, Taylor started climbing down the steps, going deeper into the well. She thought about Faye and thinking about her made Taylor feel some bravery, a small part, the amount sustaining her.

After half an hour, Taylor had managed to make it to the bottom of the well, and here, the blue light was less bright. However, it had a sufficient portion of light to see the long-chipped bones and white reindeer skulls. She turned back to the steps, and lifted her foot up on one and then it collapsed and crumbled into dust.

She was afraid now. She looked back at the bones, saw the red marble had lodged itself into the eye socket of a reindeer skull. Taylor walked over to the skull and plucked the marble from the skull. As she looked at the marble in the palm in her hand, a shadow loomed over her.

The skull was staring down at her and floating in the air.

Bob Iver came back to Northern VA, that was how the story began in the second chapter. He ate spring rolls and drank iced coffee. No, he didn’t do any of these things. All of his friends relied on him. That was a lie. Bob Iver told many lies. For personal reasons, he refused to spend money on alcohol. He wasn’t related to Bon Iver, but he knew there could be a possible familial relation. He was in love with his friend Faye, had known her since elementary school. She worked at an appliance store in Northern VA. But he never had the courage to tell her how he felt about her.

Faye worked at the front of the building, stared at her phone when the customers weren’t asking her questions, looked up photos on the internet of important people: Ava Duvernay, Warren Buffett, Drake, Kate Hudson, Alexandria Ocasio-Cortez. She thought maybe she could be important one day, thought maybe in the future, a girl from Virginia, working at a retail job might look her photo up on the internet. What would she find? Her sister Taylor had a habit of using her phone. Maybe Taylor would one day work at a retail job and look up Faye’s photo on Google Images. Faye kept her phone charged, always, never thought about leaving it off, dealt with the staleness of work with videos of fires, floods, twisters, droughts; anything to keep her mind off of her routine at the appliance store. She rolled a red marble around her palm. It belonged to her.

She didn’t have feelings, anymore, for Bob Iver. She used to like him, back on the playground days, perhaps even loved him at one point. Didn’t realize when she stopped having feelings for him. It was like when you—

Taylor was backing away from the skull when a second red marble dropped on the floor. She scooped it up, and put it in her pocket along with the first red marble. Then she saw a rope ladder dropping in front of her. She grabbed the ladder and looked up. A helicopter was spinning around, lifting the ladder up. She rose higher, her hands shaking as she held onto the ladder, leaving the bottom of the well, the reindeer skull growing larger with every passing second. She noticed that the helicopter was actually a big hand, and it belonged to a man.

Bob Iver played music for sad boys and his sadness often made people write personal essays that was usually an exercise on structure and time. He was in a townhouse hanging out with four sad boys, singing and playing guitar in the living room. All four of the sad boys wrote personal essays.

The first sad boy wrote: “I was living in Springfield, VA, in a house that looked ugly and smelled like cat urine and tuna and spoiled milk and it was, at least for me, home.”

The second sad boy wrote: “Climbing a hill and scaling the stone steps of a tower, only finding out that it was a well. That meant I found nirvana”

The third sad boy wrote: “I lit incense for a reindeer Buddha statue. I didn’t even believe in Buddhism. But I made a temple for the statue out of bones.”

The fourth sad boy wrote: “A girl named Taylor was playing with a red marble. Thinking about her older sister Faye. Faye was in the hospital. She had a giant hole under her bed that shined with blue light…” He didn’t know that he was writing fiction, thought it was a personal essay. Artifice and truth, sometimes, coincided for him. The fourth sad boy put his pen and pad down on the coffee table, picked up a red marble from the tabletop and flicked it towards Bob Iver. But he flicked it too hard, and the marble passed Bob Iver’s feet and then trailed into a tiny hole in the lower right-hand corner of the wall.

The red marble belonged to Bob Iver. He made them from blowing glass and torching the glass. That was how he made glass into marbles. He had made a cherry red marble for himself, and a strawberry red marble for Faye. But both marbles looked red, and were hard to tell apart. He had let the fourth sad boy play with the red marble, thinking he wouldn’t lose it. He always believed in the hearts of humans, though forgot these hearts were fallible.

Bob Iver set his guitar down against a lawn chair.  He was frustrated, knew this marble could potentially get lost. He reached forward and slid his fingers into the hole that was shaped like a house cat laying in a square sink.

The four sad boys had been listening to Bob Iver play his guitar. Bob Iver didn’t know any of them. He had been hired off of Task Rabbit. And his task was simple: play Bon Iver songs (anything but Skinny Love, songs like Michicant and Beth/Rest) while they moved their boxes, a long brown desk, an AC unit, three pairs of white Nike SBs, shit like that, black trash bags full of clothing from J. Crew and Uniglo.

Bob Iver relaxed his fingers, as he touched the side of something soft and round. It was rope. A long strand stretching out into two thick braids of rope. He saw something. Someone.

He pulled the rope ladder, pulled it until his hands burned. The hole grew larger.

After work, Faye was crossing Fulton street when a Mega Bus smacked into the right side of her body. She flipped over and rolled across the asphalt, her arms and legs splayed out, a look of gratitude on her face. The Mega Bus drove through the red light. Faye was alive; maybe that was why she smiled.

The red marble rolled out her hand, and it trailed down the street, disappearing into view.

Later on, the paramedics would find the red marble and hand it to her sister Taylor.

No one read the news that day.

He was pulling on the rope ladder. He held out his hand.

She grabbed it without thinking. She was gasping for air. And she looked around and saw she was in a room with four boys. They looked so sad.

Last night, Bob Iver read a Facebook status about global warming and noticed it had gotten six likes. Now he was sitting on the floor, legs crossed. He looked at the girl and asked her, “How is this possible?”

“What do you mean,” the girl asked him.

“I was in my sister Faye’s room. And I lost control of her red marble and it rolled under her bed. And then I crawled under the bed and saw a blue light. It was coming from out of a hole in the floor—”

“Did you find the marble?”

“The marble. The red marble.”

The girl looked at him. “It’s you, isn’t it.” She held out her hand. Two red marbles were sitting in her palm.

Faye was in a hospital bed, wrapped from head to toe in white adhesive bandages. She looked over to the side, tried to raise her hand and block the sun from shining in her eyes.

But it wasn’t the sun. It was a blue light shining into the room.

Faye woke up. She started to cry.

Andrew Tran is a writer from Virginia. He used to live in Brooklyn where he worked for a CBD company. He’s working on a novel called ‘Calendar’. He’s forthcoming from Maudlin House and PANK. Follow him on social.