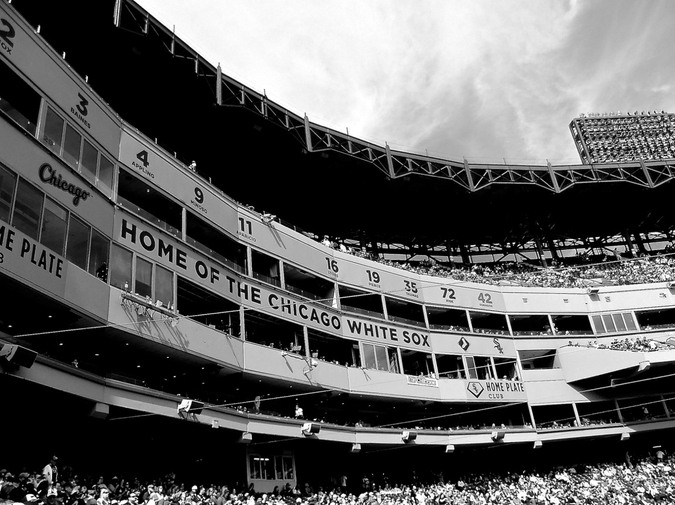 Last season I knew good and goddamn well, even before April gave way to May, that the White Sox weren’t going to be challenging for any titles. That’s not to say I was disinterested. The 2014 Sox offered a glimpse of the kind of ballclub Rick Hahn intended to build. Beginning with deals near the end of the 2013 season and the subsequent offseason, the Sox brought in Adam Eaton, Jose Abreu, and Avisail Garcia. With those pieces in place, the new-look Sox promised intensity and excitement on the South Side, and they brought it when they weren’t shelved with injuries (Eaton’s and Abreu’s relatively minor but nagging, Garcia’s significant). Yet even with the upgrades to the roster, when the Sox re-signed Paul Konerko for one last go-round, the front office signaled that they didn’t expect to contend in 2014. Essentially a million dollar gift to the face of the franchise, his roster spot provided PK with the opportunity to leave the game on his terms in exchange for mentoring the new generation of Sox during a low-expectations season.

That low-expectations season quickly became a no-expectations season. Garcia suffered a torn labrum on a diving catch ten days into April. Battling a sore back, closer Nate Jones failed to retire a batter during his first (and only) two appearances of 2014. During rehab work following microdiscetomy surgery, Jones blew out his elbow and required Tommy John surgery. It wasn’t all bad news, however. Chris Sale and Jose Quintana continued to impress at the top of the rotation. Though Eaton played just 122 games, he hit .300 with some pop and compiled a .362 OBP. Abreu burst through MLB’s doors like some kind of Señor Kool Aid and won the American League Rookie of the Year Award unanimously. Konerko made it through his final campaign (mostly) intact.

Looking back, the 2014 season reminded me of most of the summers I spent as a kid, following bad White Sox teams and having a lot of fun doing it. Because back then, for me, baseball wasn’t about winning titles. I cared about individual games more than seasons. Their second-place finish in 1972—the year I saw my first Sox game—remained the club’s high-water mark during my lifetime until they won the American League West in 1983. Great seasons don’t come along often for Sox fans, and those eleven years taught me to appreciate baseball for the long journeys, not the destination. It’s a mindset that served me well. But today, on the cusp of the 2015 season, it just won’t do. With Zach Duke, Jeff Samardzija, Nate Robertson, Adam LaRoche, and Melky Cabrera joining Eaton, Garcia, Ramirez, Abreu, Sale, and Quintana, the 2015 Sox are loaded for bear. Welcome back, high expectations.

T.S. Flynn is an educator and writer with a baseball jones. His baseball blog is called It’s a long season (mightyflynn.tumblr.com). He’s @mighty_flynn on Twitter.