Excerpt from the novella Orange 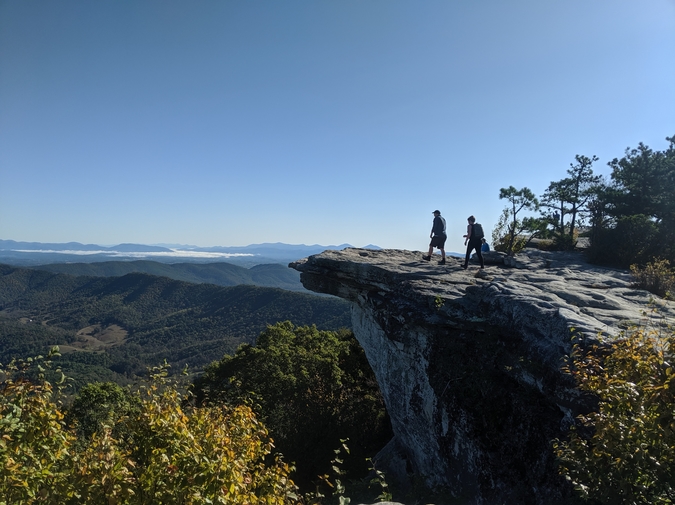 Maybe I’m an idiot, but those waves are
talking to me. They fall apart on the beach
then recoil, and the phytoplankton glow in
their recession. That’s where I think what
they’re saying is. It’s in the blue and green neon
leave-behind those little sea guys
create. I could run a finger through the pile
and spell my name, but the letters would
disappear when the water ran back ashore,
so I don’t know. That’s probably why I’m an
idiot. Because knowing all that, I’d still take
the time to spell something.

Ah, anyway, that isn’t the point. The point is
to be somewhere strange and far. And
think about the heavy things. Like, in a bar
hunched on a stool, sending empties back
to the hand that gave them. But they don’t
have bars here. It’s just shacks and a
swimming pool, and the drinking happens
outside. Where me and the boys hover
near picnic tables and modified Japanese
cars, and we sip what we have until it’s
time to pick up another, lighting the next
cigarette, letting the sunburn layer on.

They’re all about it. You know, the boys.
The boys talk about the machines in an
obsessed way, bonding, while I listen
and think about my place in all this, and
sometimes a straggler wanders through
our circle to take a knee and snap a
picture and say something nice about
what they’re seeing, like the engine. The
women do all this differently.

The women brought cars. They take
questions from the boys. I like these
interactions. The boys smile wide,
forgetting, and the women answer in
stories. Theirs tell the listener what there
is to know. I watch the boys nod, content,
and I watch the women feel something I
don’t know, but it’s in the eyes. It’s back
past whatever brings an image into
focus, something I can’t have.

The waves can’t have it either. All they
want to say is, “It’s a weekend for the
free.” All it is is night right now. I’ve
walked across sand dunes, lugging the
few cans of beer I have, and my
headphones carry the start of a song
that’s been repeating for a while. I don’t
want to hear the ocean. It’s really pretty,
though, the ocean. Maybe I should. All
the sound could go well with all the stars
up there. But I’d rather boil life down to
something sensible. A thing you can hum
or recommend or take home.

That’s why I came down here earlier to
piss. I wanted to connect with the water,
stream to shining sea, dick in praise of
the dolphins, and instead I found two
boys holding pointer fingers toward the
horizon, saying frantic things, and I lost
the urge. I lost it all when a cop spoke
into a radio.

“His mate’s out there.” I heard that, and
thought, “Oh, baby, no no.” But an old
woman looked into my eyes, suntanned
as all, friendly, and her hand moved just
fine. It motioned to someone curled over
in the sand before it took my arm and the
rest of her said that sentence again. “Go
see how he is. Man to man.” And a thing
like that will float through you ! Yeah. Ok.
Fuck. Man to man. Man to fucking man.
So I walked over there. Like old steel.
The other man drooling, struck dumb,
eating whatever air his mouth caught for
him, and I got a thumbs up between all
the sirens. Like, the old curve of that digit
will send ‘em home. Like, an ol’ ask no
questions, please, brother, not til you
need to know.

So I walked away, thinking, “Yeah,” and
just took in the scene. That’s when the
crowd came and more police, and others
climbed the nearby hills for a better view,
in between the trees. They called out his
name: Dan. While another somebody
held their phone to all the other eyes and
showed a picture of him standing in a
garage, a car on floor jacks, his body
ignoring the viewer, but his face just so in
enough time for the image. And that’s
OK. I got the point. The back of his t-shirt
said Pubes in the plainest font possible,
and he was smiling.

He turned into something else.

We got our look, and some shook their
heads, but down where the waves
covered your feet, a young woman
stood, and she wouldn’t break eye
contact with the water. She just kept
pacing a few feet before cycling back,
like she was hoping the view out there
would change. I didn’t quit watching. I
wanted to know everything. I wanted the
whole show, but she didn’t cry. No one
did.

It was just this transition. You know,
people grasping a new thing, however
quiet or violent, and things shift ? I
wouldn’t see the rest. I wouldn’t see
things move forward or any of the growth
or the people involved go on and teach
others what they’ve learned, so long as
they’ve healed. Because not everybody
does, I think. People never really move
on from things like that. They hold on
and go over and over and over it.

I find the whole thing admirable. Dan
went out there and died. He did the
craziest thing anyone can do, and he did
it alone. Now there’s a party back at
camp in his honor, and it sounds like a
good one, a very, very good one. The
boys haven’t let the afternoon spoil
anything. I’ll go there soon and get
trashed and listen to the speeches they
shout and raise whatever beer I’m given
because Dan came here with friends to
do something he liked, and in all that he
ended up clear the way out there in the
dark.

Tonight I’ll hear all about him. I’ll know
what made him laugh. The memories
others have kept will come out, and
maybe I’ll even learn what it was about
all this that he really wanted to see.

I hope he brought that car from the
picture, and I hope the boys drive it
through the gravel pathways, yelling in
salute, fireworks overhead. Maybe I’ll
hang out the passenger window ? My
arms dangling almost to the ground,
close to dragging, and I’ll feel that
sunburn begin to sting. And I’ll think
about Dan. How he did what he wanted
to do right until the waves came in. And
how the word Pubes on a t-shirt isn’t all
that stupid. And how I’m probably an
idiot.

Down the beach, two figures stumble.
Their calls and shouts don’t mix well with
the waves’ sounds, so I barely hear
them. A third figure trails behind. They
spit out, “Oi, hey, ya ripe cunts!,” and the
pair buckles over laughing because what
a weird thing to say to someone. What a
weird way to say hi. Their laughter filters
well through the surf, and I feel a little
easier. So I smile. And I watch the three
come together for one to take a knee and
grip a beer bong while another pours the
liquid from a height. And sends it.

I crush the can of beer in my hand,
feeling my own kind of excellence, and
walk to where the phytoplankton rest and
dig a hole. Even deep down I see blue
and green. The empty goes in. The water
will wash it up later. Someone will walk
by and see it and think, “how ignorant,”
yet I still draw a heart in the sand as a
marker. “The fallen can, “ I say, and the
heart throws off its faint glow. I look at my
hands. They are alive. Shimmering and
covered in sea creatures. I slowly contort
my fingers into rigid poses as if they’ve
gone mad with power, flexing some sort
of mania. I think about excitement and
how it can influence all sorts of things. I
think about not letting the afternoon spoil
this. Then my head rolls back to the sight
of the Milky Way, and I laugh for a long time.

Alec Berry lives in Wheeling, WV. He has self-published several zines. ORANGE is his first novella. You can get it on his website.