Excerpt from The Big Book of Forgotten Lunatics, Vol. 1 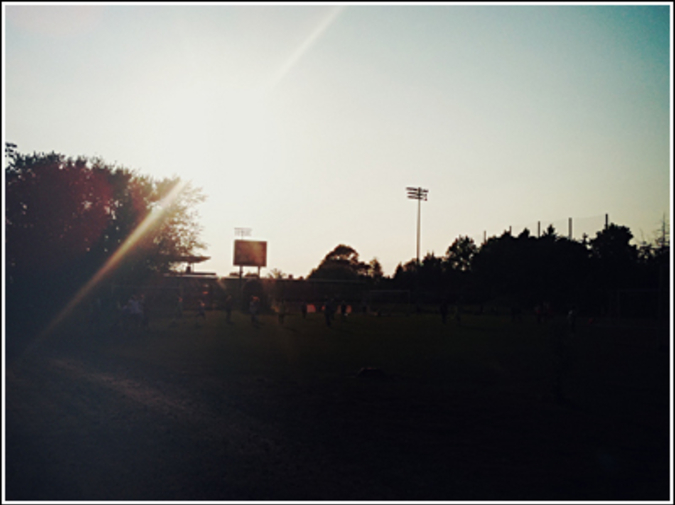 Cage spent three seasons as a backup left fielder for the Atlanta Braves before he was released, posting a .167 batting average and stealing nary a base in twenty-seven attempts. He then signed with the Nippon Ham Fighters in Japan and became famous for hitting himself in the face with his own bat while standing in the on-deck circle. The incident, Cage swinging his bat wildly with one hand as if slicing through dense brush, was subsequently featured in the opening credits of the variety show, Gokigen TV. He was affectionately called “Broken-nosed Mo” by the fans. Halfway into his second season in Japan, Cage disappeared, his passport still in his apartment, his savings untouched. An exhaustive search provided no clues, although there were several theories regarding his disappearance, including unpaid debts to the Yakuza, an affair with the pink film star Reiko Ike and subsequent discovery by Ike’s husband, and a botched procedure to repair his broken nose.

In 1989, three years after his disappearance, Cage was discovered at an open tryout for the Samsung Lions in Daegu, South Korea. He garnered attention from the media because of his uniform, a magnificent silver jumpsuit that seemed to be made of “some kind of space age polymer”. After taking to the mound for the first round of tryouts, Cage astounded scouts by reaching speeds of nearly 100 miles per hour, despite having never pitched at any level in organized baseball. During batting exercises, he hit fourteen straight home runs before he walked out of the batter’s box and could not be encouraged to return. He was offered a spot with the Lions but refused. When asked by the media where he had been for the past three years, he said that he had “discovered a doorway to the mythical city of S’ahra-Sharn” and that he had been trained in the arts of Lapta, a sport similar to baseball. He would be returning to America to play Major League Baseball.  Despite the strange circumstances of Cage’s reappearance, major league clubs were eager to sign him after another series of tryouts in America produced similar results. He signed a multi-year deal with the Chicago Cubs, where he would pitch third in the rotation behind Greg Maddux and Rick Sutcliffe. On days when he wasn’t pitching, he would replace Vance Law at third base. On opening day, Cage went 3-5 with two home runs. Four days later, he pitched seven scoreless innings and drove in two runs. When asked how he had gone from a player with poor hitting skills and no power to the batter of the past few games, Cage explained that the lapta stick was much heavier and, yet, much skinnier than a baseball bat. “Swinging a baseball bat is like swinging a rope of electricity,” he said. When asked how he had made the transition to pitching so seamlessly, Cage stated that he had “learned the methods of the great priests of S’ahra-Sharn. A fiery hand of iron grasped my vitals and, in time, I learned the mechanics of the razor shuuto.” When informed that Greg Maddux, his teammate, also threw a variation of the Japanese shuuto pitch, Cage responded that Maddux might also be a novice in the S’ahra-Sharn practices. When approached by reporters, Maddux said that Cage’s statement was “rife with inaccuracies.”

“The citizens of the mythical city of S’ahra-Sharn are a curious mix of Russian and Asian, with almond eyes and a diminutive stature but with pale, white skin and blond hair.” -from the diary of Moses Cage, 1989

In his 1997 memoir, “The Goat’s the Least of It,” Carl Sunday, a beer vendor at Wrigley Field for thirty-seven years, offered his memory of the fateful “Corked Bat” episode. Cage is out there during batting practice, sending pitches deep into the left field bleachers, one after another. Then I hear this crack, like the leg of a chair gave out, and I look down at the field and I see this red, ropey mass rolling across the infield. And the pitching coach bends over to look at it and immediately starts to vomit and then goes stiff and falls over. Cage is still standing in the batter’s box, holding the handle of the bat like he’s using a pointer to explain a math problem on a chalkboard. Finally, a batboy runs out with a garbage bag and puts the stuff into it and ties it closed and runs into the dugout. I don’t see this kid again after that, never again at another ballgame. People have asked me what it was, and I honestly don’t know, but I think it came out of something that had, at one point, been alive. That’s all I’ll say about that.

Cage batted .357 that year, with 45 home runs; he also went 24-7 with nine shutouts. While he had started off on pace to break the home run record, as well as the record for consecutive wins in a season, he faltered significantly after the All-Star break. He explained that he had spent too much time away from the source of his energy, a giant, heart-like artifact worshipped by the citizens of S’ahra-Sharn, and that American food made him sluggish. He worked with a Japanese corporation to concoct something similar to the single source of sustence in S’ahra-Sharn, a fruit-oat paste formed into squares. The resulting foodstuff was called Momo bars. In a lengthy explanation for the name in his book Batting Cage, historian Ted Reamer stated that the bar was named for the near-hysterical adoration that Japan felt for Cage. Moe, pronounced “mo-eh” is a fetish or love for fictional anime characters. Moses Cage, for Japanese fans, was as strange and amazing as many anime characters. Thus, “Mo (moe) — Mo (Moses)”. Greg Maddux said that the bars “smelled like brown rot, just godawful.”

During game three of the NLCS between the Cubs and the San Francisco Giants, the story of Moses Cage reached its inevitably bizarre conclusion. After the third out in the top of the third inning, Cage began slowly walking back to the dugout. Cage, just as he crossed the third-base line, vanished in mid-step, in full view of the entire Cubs bench, the fans in the stadium, and the viewers on television. For fifteen minutes, groundskeepers and umpires searched the area around where Cage had been walking in case he had fallen into a concealed hole. As they sat in the dugout, many members of the Cubs team stated that they heard a disembodied voice “calling as if from a great distance.” The game was suspended and the search continued through the night, with no trace of Cage ever found. The Cubs went on to lose the series in five games.

In my dreams, I am on the field, the lapta stick in my hands. The pitcher sends a cutting, twisting ball towards me and time seems to slow. I hear the souls of all S’ahra-Sharn, those dead and those yet to be born, and they tell me, “In your hands, a wondrous weapon. Swing, now, for the unmatched energy of connection, from your vitals to the air above us.” And then, without the necessity of breathing, I am home. -from the diary of Moses Cage, 1989

Kevin Wilson is the author of a story collection, Tunneling to the Center of the Earth(Ecco/Harper Perennial, 2009), and a novel, The Family Fang (Ecco, 2011). He lives and teaches in Sewanee, TN.