Elijah Craig 18, and How Things Can Change 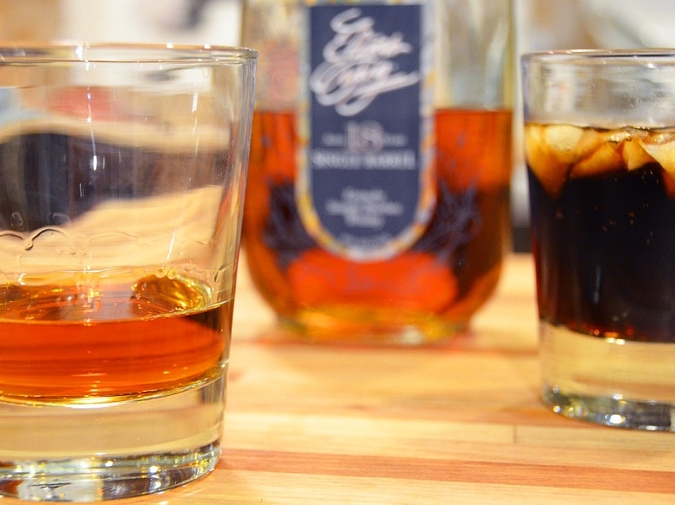 Five years ago I took some pills hoping to lose the perpetual 10-15 pounds that I would always like to lose. Today I’m in Denver because those pills turned out to be sugar pills, and the FDA had a problem with that, among other things. The Feds flew me out here to be a witness in their trial, put me up in a nice hotel in downtown Denver. The process takes awhile. It’s a hurry-up-and-wait kind of process.

The Tattered Cover is an incredible bookstore just a dozen or so blocks from where I am staying. I visited the store a few years ago when I was in Denver for a writing conference. Some friends of mine had an offsite reading there, and I fell in love with the place.

I had plenty of time to go to the Tattered Cover before the trial, but I didn’t. Instead, I walked in the complete opposite direction, to Guiry’s Art Supplies.

Five years ago, I was a guy who took pills in hopes to lose weight. A year ago, I would have made a beeline for Tattered Cover. Yesterday, I walked a mile to buy a calligraphy pen.

When I was eighteen, I packed up my 1985 Buick Skyhawk with everything I cared to own: computer, clothes, my then just accumulating bookshelf, guitar, CD collection, rollerblades. It was a gray day threatening rain. My best friend, Benji, had called earlier to say he wouldn’t be able to help me move to Ball State; his dad was in the hospital.

Within the semester, I’d dropped my English Education major and delusions of grandeur to be the next John Keating. Within the year, my band looked as though it was splitting up, and I was considering moving to Cleveland for a girl. Within the next year, I’d moved to Cleveland, managed a failing record store, moved back to Ball State, and declared a new major in creative writing.

My favorite book then was On the Road, which I’d found on tour that summer at a thrift store in Biloxi, Mississippi. Across the room in my first fiction class, two guys cracked jokes about how obvious it was that On the Road was my favorite book. By the end of that class, I was tired of Kerouac, and those two guys had become good friends.

The next year, my mom died. 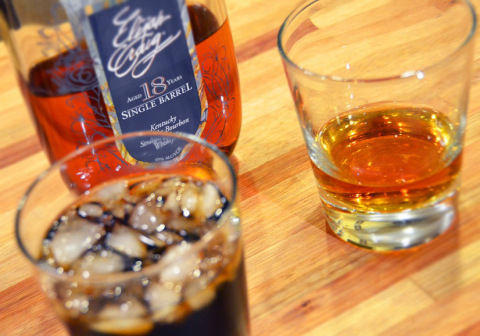 Except for these bourbon columns, I haven’t written a damn thing since last April. Instead, I’ve been drawing letters. On a whim last summer, I drove to an art store, bought grid-lined paper and drawing tools, and started teaching myself the art of lettering, trying to perfect the swoop of an S and the geometry of a drop shadow.

I never knew I was an artist. I didn’t know I could draw like this.

In some ways it’s easier than writing; it’s quieter, the precision is easier to understand, and you don’t have to drag your guts out on to the page. Or at least, it’s a different kind of guts, a kind easier to expose.

A few weeks ago, my wife and I were talking about retirement, about what we thought that looked like.. You know the old retired guys with the wood shop in the garage? I want that, but instead of a lathe, I want a letterpress machine; instead of a table saw, I want an exposure unit for screenprinting.

I thought of retiring not as a writer , but a printmaker.

Right now, I don’t necessarily want kids. They seem like a lot of work and energy, and I have a lot of energy I’d rather put elsewhere. More recently, my wife has started warming up to the idea of having them, and I couldn’t ignore the slump in her shoulders and her quiet disappointment when I said I hadn’t.

I don’t know if it was reassuring to her when I said things can change. Next month I turn 30. When I think of how much things have changed in my life in the last 12 years, there’s no way I can say with absolutely certainty who I’ll be in the next 12.

You have to treat this Craig right. My first finger of the stuff, I went bush league and trickled in a few drips of water. It left me less than thrilled. It killed any caramel I might’ve tasted otherwise and left me with something that had all the complexities of an oak board.

Drink it neat, no water. Pour it, let it get some air under it for a few minutes. Tip it in your face. Get your nose in there.

Sip. You’re going to taste the sweetness at first, let your guard down, and then you’re gonna get tongue-punched by an oak barrel. Don’t say I didn’t warn you.

After my mom died, I stopped using words like “forever” and “never” and “always.” I’ve only recently gotten more comfortable with them again, though I still don’t necessarily believe those words have a place in this world. How can they? How can anyone live that sense of certainty?

Hell, there’s no way I can say with absolute certainty who I’ll be in the next year. I never once since I was 18 thought that I’d go almost a year without writing, but here I am 12 years later, struggling to keep up with even a monthly bourbon column.

But what’s the use of fighting who you want to become? I turn thirty next month. If I’m lucky, I’ll retire around 65-70, which means I haven’t even lived half my life until retirement.

There’s a good chance I’ll be okay with that—even happy, even joyous.