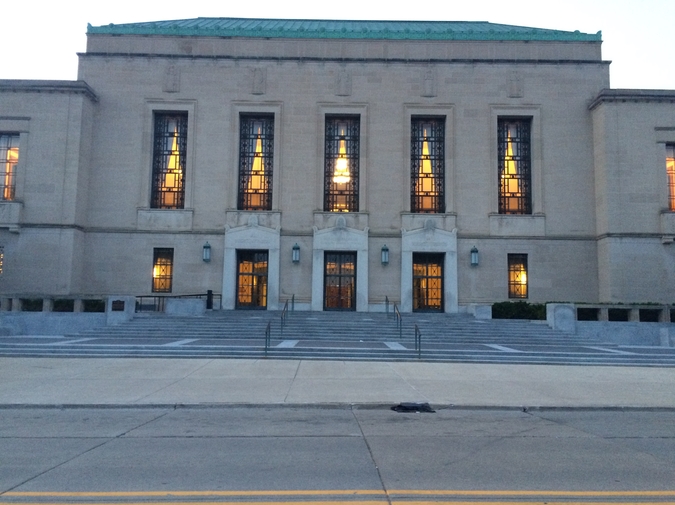 Dr. Sandoval asked if I was planning on having children. I didn’t know whether to go with my head or my heart on this one. My heart is a duplicitous bitch. I have no trust in her whatsoever. Which is something I chose not to share with my gynecologist.

“Women over 35 have a higher chance of miscarriage. But things are much better now for the elderly primigravida.” She said.

Dr. Sandoval had dark circles under her eyes, and the fluorescent light made her olive skin look gray, dusty almost.

“Now that I’ve said it out loud, I realize how outdated it sounds.”

She motioned for me to scoot lower on the examination table. “I’ve been out of medical school for a long time,” she said as if that was a good excuse. She carefully placed my right foot on the padded stirrup.

“You don’t look a day over fifty-five.”

“I’m fifty-one,” she said, no longer smiling. “Relax your legs.”

She turned her back to me. With gloved hands, she pulled out a few large instruments from a drawer and carefully unwrapped each one.

I looked up at the drop ceiling and tried to relax, but when I felt the plastic speculum slip inside, I tensed up. “Relax,” she said again.

I took a deep breath, felt the speculum inch up a bit more, and then felt that little prick which only lasts a second usually, but I swear this time it felt like Dr. Sandoval was lingering. She pulled the speculum out and, without any warning, jammed two lubed fingers up my Hoo-ha.

“Take a picture, it’ll last you longer,” I grunted, but Dr. Sandoval was not a Pee Wee Herman fan.

She pressed my lower abdomen with her other hand. “Do you know you have a fibroid?”

It took me a second to even understand what she was asking me. My first reaction was to laugh because who else would tell me such a thing? Nick?

Dr. Sandoval cleared her throat and said, “A fibroid is no laughing matter.”

She stood in front of her computer terminal, typing up my report. Clickety-click-clacking on the keyboard like she was composing On the Road.

“Should I be worried?” I sat up and pulled the gown over my thighs.

“We’ll keep an eye on it but fibroids are usually benign.”

“Last night, I had a strange conversation with Nick,” I said.

“About having children?” She finally stopped typing.

“Sort of,” I said. “I complained about how much weight I’ve gained since we got together and Nick was like, you gain them in all the right places, and I was like whatever. And then he started telling about one of his cases.”

“Sorry to interrupt, but I do have other patients waiting.”

“Of course, I’ll be quick. I think I told you Nick is now an insurance adjuster? Anyway, he told me about a case where some lady fell on the marble floor of a Neiman Marcus, and there was blood dripping down her legs, and she was yelling: “My baby! My baby!””

“My next appointment is in five minutes.”

“Got it, Doc. Like I was saying this woman was bleeding and her boyfriend insisted on taking her to the hospital. Long story short, when Nick typed in this woman’s info in his database he found out that she had filed the exact claim against Lord and Taylor last year.”

Dr. Sandoval looked at her watch.

“How messed up is that? I asked Nick about the blood, and he said, anyone could buy pig’s blood at a butcher shop.“

“Do you have any other questions for me?” Dr. Sandoval stood up and began walking towards the door.

A patient in the next room coughed. I’d forgotten how thin the pink walls were. Everything in the examination room was pink and mauve except for the spotless white tiled floor.

“Between you and me, Doc, I’m your favorite patient, right?”

Dr. Sandoval sat back down on the stool looking uncomfortable.

“If I do decide to have a baby, should I worry about the fibroid?”

“It shouldn’t cause any problems, but we can schedule a pelvic sonogram if you want.”

I remembered my first appointment ten years ago. Dr. Sandoval’s  hair had been blond back then. Nick was my new love, but I was still messing around with my ex Lo. Still visited Lo at his mom’s apartment in Inwood. I still slept with him in his twin bed. Our sad, teenage love affair long over. I thought I was pregnant with Lo’s baby and asked Dr. Sandoval for an abortion. I sat shaking on this exact table. Dr. Sandoval had me do a pregnancy test. When it came back negative, I didn’t believe it. What if the test was faulty? What if the baby was hiding in there? It took three more office visits and my period to finally convince me.

“Babies are needy,” I reasoned. “And then they get older and need you more. And then you worry about them 24-7. What if they get sick? What if someone hurts them? What if they die? I know I would love my kid too much. Suffocate it. Kill it in a different way. In the way where I wouldn’t let them live their own life, make their own decisions, and maybe that kid will be smart enough to fight me and leave, take off, do their thing, or maybe I’ll kill their spirit with too much love.”

Dr. Sandoval looked at me for some time. “We’ve been here before, Sabi,” she said, reminding me of our past conversations. “Like I always tell you, you don’t have to have a baby if you don’t want to.”

“So why do you bring it up every visit?”

“Because you never tell me yes or no. Are you ready to make a decision or are you still thinking about it? Like I said the longer you wait…”

“Are you in a happy relationship?” She said.

I sat up straighter on the examination table. “Nick’s patient,” I said. “But he still holds that time I disappeared for three months over my head. But after messing around for so long with Lo, I couldn’t jump into a new relationship. So I ran away, followed my favorite punk band across the country. I’m such an idiot.”

“You needed to exercise your freedom. That’s perfectly natural.”

“You were so serious when I took that AIDS test, remember? I told you about the drinking and the blackouts.”

She nodded her head.

“You read the results so fucking slowly. I almost peed my pants. I didn’t want to see Nick again until I knew, and you looked at me and said, “Sabi, go live your life and call that boy.” And now, Nick and I are married. I mean, I still take off on him, but not for three months, more like for a day or a week here and there, but he trusts me. I’m not the same person I was ten years ago.”

“And the drinking is now under control, right?” she said.

In the ten plus years that I’ve been seeing her, I’ve never asked her any personal questions. I felt like I had earned the right all of a sudden.

“There are no pictures of her.”

“Oh,” I said and quickly did the math in my head. “You had her super young.”

“But you seem so straight.”

“I have a tight-knit family. My mother raised my daughter while I went away to school.” She frowned when she said this.

“Does your daughter think you’re a good mother?”

“I’ve never asked her. I did the best I could with what I had.”

“My mother did so much for me. She worked two jobs to help me pay for college. She must fucking hate me.”

“She believes in that Ave Maria crap that a mother must give up her life for the sake of humanity.”

“Sabi, you are not your mother.”

“Last night, for the first time, the possibility of Nick telling me he didn’t want to have children with me choked me up.”

“What did Nick say.”

“He said a kid would change everything.”

“Later while we were watching a YouTube video on the Gabor sisters, he said: “I always assumed you never wanted any.” Did you know that when Zsa Zsa Gabor refused to marry her lover, he hit her and then she proudly wore an eye patch on TV and said to reporters: “A woman who has never been hit by a man has never been loved.””

Dr. Sandoval squeezed my hand. “I really have to go.”

“Who talks about having kids? Don’t they just happen?”

“Lots of people discuss their future plans.” She patted my knee and stood up. “Get dressed and keep the conversation going with Nick.” She closed the door behind her.

I pressed my palm over my left eye to stop it from twitching. I could hear Dr. Sandoval next door apologizing to her patient.

The room suddenly felt too warm. I needed to quiet my body, settle the fire in my belly, and numb the tingling between my legs. Last night, when I diced onions and garlic for dinner, I felt at peace. The savory smells made my mind hum, nose tickle, and eyes water. Today, my fingertips still smell of garlic. I had scraped them with the blunt edge of a chef’s knife, but perhaps I hadn’t scraped them hard enough. I planned to stay out late tonight, I was sure Nick wouldn’t mind.

Gessy Alvarez writes stories, poems, and essays about the middle of things. Her prose has appeared in Asteri(x): A Journal of Literature, Art, and Criticism; Volume One Brooklyn; Lunch Ticket; Literary Orphans, and other publications. She edits the arts and literary journal, Digging Through The Fat and hosts the podcast, Digging Through with Gessy Alvarez.