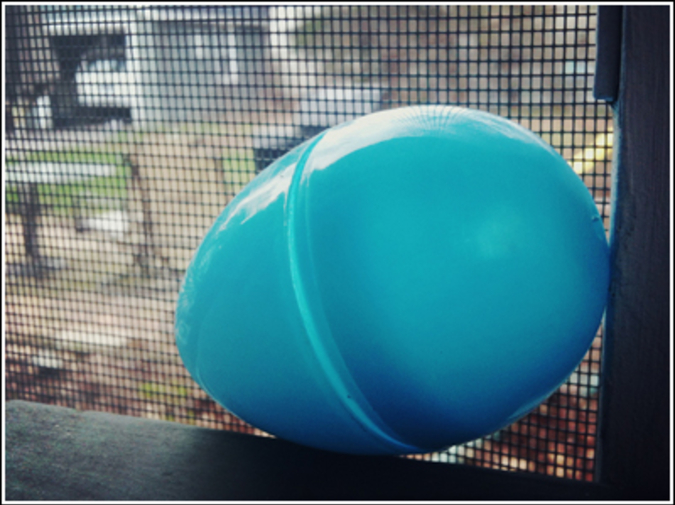 After the divorce, my uncle Nicolai became an amateur taxidermist. His first attempts were on roadkill, then the mice he took from the traps he set in the kitchen. He sent us pictures. My mother wrinkled her mouth before handing the envelope to my father, but she never said anything. It had been a bad divorce. Uncle Nicolai lost custody of his daughter, Lily, and moved into a trailer. He started drinking again. All things considered, the taxidermy was an encouraging sign. “At least he’s not killing anything himself,” my father said.

And he wasn’t that bad. I didn’t know anything about taxidermy, and I still don’t, but the squirrels and mice and chipmunks looked okay. You could tell they were dead, and the pictures never showed the animals’ eyes very clearly, so you never knew if he’d stuck marbles in the eye sockets or, worse, left them empty. For first attempts, though, they were all right.

Of course, the main reason I looked at his pictures was to see if Lily was in any of them. I was secretly in love with her. I was thirteen; it happens. Maybe she was visiting one day, or maybe he needed someone to prop up a squirrel that had a leg squished off by a car. Maybe. But she was never in any of them.

I didn’t see her until the Easter Uncle Nicolai invited the family to his trailer. The pictures had fallen off by then, so my parents were hopeful he’d outgrown the taxidermy. But we found a glass case filled with mice arranged in rows as straight as the American flag. There were shelves full of squirrels and frogs; his prize piece, a Pekingese with a yellow bow in its hair, stood beside the television.

Uncle Nicolai stood in the middle of his trailer, his sisters, their husbands and their children arced around him. He wore a suit. “As you see, I’ve been busy,” he said.

He told everyone to sit, the pigs-in-a-blanket would be done soon, would anyone like a drink? There weren’t enough lawn chairs for everyone, so I offered to help him. Once out of earshot of the rest of the family, I asked Uncle Nicolai if Lily would be there.

“Lily?” He raised his bushy eyebrows. “Yes, she is out back. We’re going to have an egg hunt.” Then he lowered his voice: “With a surprise!”

I helped Uncle Nicolai bring in the pigs-in-a-blanket, setting the trays on TV stands. None of the adults would look at one another. They just ate and sipped the cheap wine from plastic cups. My father checked his watch.

As soon as I could, I slipped outside to look for Lily. When Uncle Nicolai said “out back,” he meant the overgrown lot behind his trailer with an abandoned pickup rusting in the middle of it. I’d only been here a few times, but this lot gave me a weird feeling, like this was my future spreading before me, blank and bleak and unchanging. The sky never really had a color over this lot. No matter when we visited Uncle Nicolai, it felt like Sunday in the winter, when the sun starts going down by the middle of the afternoon, and you could go out and play, but it’s school tomorrow and why bother? I stood at the edge of the lot now, feeling this and not liking it.

“Hey.” Lily leaned against the trailer, smoking. She wore a cream-colored dress with sneakers, her dark hair loose and long.

“Hi,” I said. I came over and kissed her on the cheek. She smiled, but didn’t kiss me back.

“Gonna go hunt for eggs?” She took a drag and blew the smoke away from me. “I hid them good.”

I looked at the field. “Out here?”

She nodded. “Just not in the truck.”

I looked at her. There were so many things I wanted to say. She was a month younger than me, but she looked much older than I felt. Finally I said, “You look great.”

She didn’t say anything, just smiled and took another drag, this time blowing the smoke over her head.

“Lily!” Uncle Nicolai called from the front door. “Are we ready?”

She called back, “We’re ready.”

Soon the rest of my family was standing at the edge of the lot too. Uncle Nicolai said there were eleven eggs hidden in the grass. (One of them broke.) “Plus,” Uncle Nicolai added, spreading his palms, “there’s a special surprise in the grass too!”

My six younger cousins lined up just before the grass. I gestured to Lily, with what I hoped was sufficient irony, to join me. I imagined her tripping on a rock and falling, and I would be the only one close enough to help her up. I’d slide my arm around her side and help her limp back to the trailer, where I’d lay her down on the floor—give her space, people!—and delicately run my hand up her smooth exposed leg. “Does it hurt here? Does it hurt here?” She would never forget this, and I would convey to her with my hands and eyes what I never could with words.

But she shook her head, of course. I mouthed, “Come on,” but she wouldn’t. So I waited with my six younger cousins for Uncle Nicolai to count down, “Three, two, one, go!” before plunging into the grass.

“Be careful,” I heard my mother say. “There might be snakes.”

“I haven’t found any yet,” Uncle Nicolai said.

I started to run, but I didn’t get far. I tripped. My parents saw me go down and ran out to me, my aunts and uncles following close behind. As my mother helped me up and wiped the dirt from my clothes and face, my father said, “What the hell is that?”

He brought a rabbit up out of the grass. It was dead, though; I could tell. As soon as he saw it, Uncle Nicolai said, “Ah, you found it!” He grabbed my ears and kissed me on the top of my head. “That was the surprise.”

He took the rabbit from my father and began idly stroking it. He glanced up at the sky and laughed. Did he see any colors there?

Matthew Purdy's work has appeared in One Story, The Mississippi Review, Quick Fiction, The Iron Horse Literary Review, and The Mid-American Review, as well as Best New American Voices 2005. He is the recipient of a 2003 AWP Intro Journals Award, and he holds a PhD in English and Creative Writing from Texas Tech University. He lives, writes and teaches in Boston.