Down on the Magic Valley 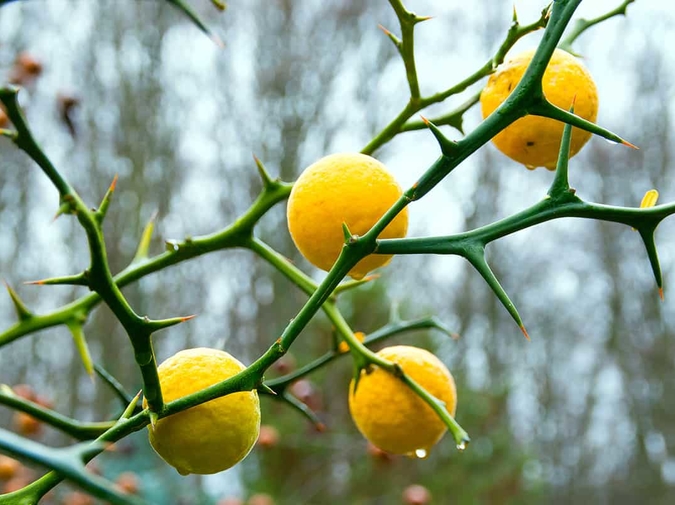 I started working on an essay about Fernando A. Flores’s Valleyesque in early May. Time got away from me—as time often does—and while I was working on the piece, the Uvalde school shooting occurred.

Because I am sure most people have never contemplated a map of South Texas, I am sharing a section of it here: 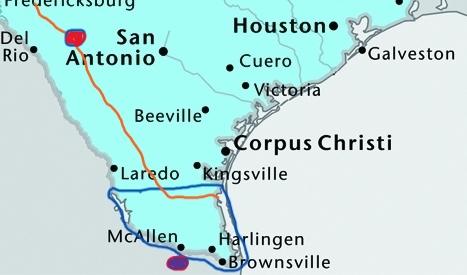 The red dot on the top left-hand side is the approximate location of Uvalde.

The purple dot on the bottom is the approximate location of Reynosa—birthplace of Fernando A. Flores.

The area demarcated with a blue outline is the Rio Grande Valley (approximately).

Local officials have been complaining that the fixation on the border is an underlying issue of the school shooting. )

It is hard to explain to you exactly why you must understand this to understand the work and art of this region, but as the Uvalde investigation proceeds, you will see that along our southern border there is a level of corruption & ineptitude that will dazzle you. It is often performative ineptitude: in corrupt systems, the stupid and loyal get well paid.

But “thoughts and prayers” are just as performative and corrupt. And by this I mean two things:

See, I first heard of Fernando A. Flores when I was teaching at a school called South Texas College in Hidalgo County near Reynosa, Mexico. Like I said, Flores was born in Reynosa, and had previously studied at STC, but I’ve not yet had the opportunity to meet him.

We had both released books in 2013. Mine was Motherfucking Sharks and his was Death to the Bullshit Artists from South Texas, and a friend, Lori Hettler, sent me his book via e-mail. She was working with CCLaP (Chicago Center for Literature and Photography), and they had put out the first edition of Flores’ debut collection. “[H]ow cool is it that you both curse in your titles?” She had said when she sent me the PDF, and, honestly, it made a ton of sense.

Border writers are aggressive artists. The sort of pantheon of authors who have called the area on the above map home have been cantankerous rebels with gigantic hearts.

Tomás Rivera, Gloria Anzaldúa, and William S. Burroughs are the names that are most likely to be remembered, and, honestly, if you’re Anglo, you’ve probably only heard the last one.

They all worked the land down there. Tomás and Gloria as children with their families, and Burroughs as a citrus farmer—the Valley is where he started shooting things (at the time, grapefruits) off his wife’s head.

So there’s Burroughs, and you’ve probably watched Breaking Bad, and if I asked you about the US / Mexico border, you would probably think about drugs and sensational crimes. You would think about the money.

For me, it’s hard to think about the media’s portrayal of the US/Mexico border and not get angry.

The vast majority of writers who use the region (and it’s almost always a usage rather than an homage) do so as a backdrop for their fiction, film, and series. They wield the border setting like a scrap of danger. They have learned about the place through TV. They assume that it operates as little more than a drug-war battlefield. They fill it with American-forged characters who have American-made sensibilities, and they give them Mexican names, and make them all come from the “barrio” (rather than a colonia—which is the term border dwellers more often use for a shitty neighborhood) in the hopes of fabricating authenticity.

If a non-Mexican (and I mean from Mexico Mexican) calls the place La Frontera, get ready to hear inauthentic, appropriated bullshit.

In the American consciousness, the border is positioned as a banner to fly—old school branding—rather than a land to grow from.

Cartels. Savages. American Dirt. Stuff about the devil. That is what American media sees when they look there.

The United States is imperialistic. Our government uses the southern border to make jobs out of friction. They either want us to build a wall that already exists in part, or they want us to tear down that existing wall, even though it’s got miles of holes in it.

It’s a trick. It’s a tease. It’s a ploy. It’s a scheme. They are trying to grease wheels. They are trying to get dollars. To convert drugs into guns and guns into money and money into drugs so they can start it all over again. But it’s almost all invisible. It’s almost all on paper. And it’s the primary story that they want you to hear, invisibly.

To that end, the Rio Grande Valley is an invisible scheme inside of an invisible scheme, because there is no valley there. It’s only a valley on paper. It was a name given to it by real estate developers who wanted to sell the place off in the early 20th century. The Magic Valley, they called it. Florida and California wrapped up as one.

That was the copy. The land is flat as fuck.

These days, it’s striped by canals of brown irrigation water for onions and citrus. The water comes from the Rio Grande. The whole river is emaciated by an irrigation system that redistributed the waters to bring life to what the Spanish once called the “Wild Horse Desert.” The onions were genetically modified by A&M. The thorn-heavy citrus trees are almost the only trees you’ll come by—because before Spaniards brought cattle, which in turn brought seed, the area was nothing but grass and cactus. And then later, when the Anglos took over, they razed the trees to make room to grow citrus. The trees went ‘blip’ there.

The Rio Grande Valley is not demarcated on an official map, but essentially, it is a triangle or farmland at the bottom of our country. A spear head with a Brownsville tip on it. If you draw a line from Nuevo Laredo to the Gulf of Mexico, making certain that the line bisects Falfurrias on its way, you’d have a decent approximation of the Valley. Falfurrias is the first town outside of the RGV when you are heading north on US-281—a stretch of road that cuts through the aggressive landscape of mesquite and huizaches— trees that will cut you.

Just south of Falfurrias, there is a checkpoint where an armed guard with a drug sniffing dog asks you: “US citizen?”

Border people are trapped, in a way. Any direction they go, they have to prove themselves.

Case in point, there is a famous story we tell in the Valley:

When God made the earth, he ran out of everything good before he finished, but there was a Rio Grande Valley shaped hole that he had to plug with something. All the trees and mountains and glades were gone. All he had left was hard dirt and thorns.

But he devised a plan: “I cannot make it nice,” God said, planting needle-sharp thorns in the rock-hard earth, “so I’ll just make people who think that it’s nice there.”

And in that way, God made us Fernando A. Flores, whose latest book, Valleyesque—a delicious and vibrant mediation on the existence between cultures—has given us something holy to feel proud about.

In 14 stories that drift from the metaphysical to the mundane, Flores shows how the place lays in wonky juxtaposition. But rather than fondle the friction of these two colliding cultures (only people who aren’t from borders conceptualize border this way—for border people, borders are gradients), he lets us feast on the stories of the outsiders, stories that look true to these places.

And in each of these stories, you get a central thesis toward writing from a forgotten place.

“All I want is to have a place where anybody can just walk right in and order a bowl of melted cheese” a restaurant manger tells a would be cook in the opening story “Queso.”

A simple dream. A simple life. Because it’s the border. In Los Angeles or New York, starting a restaurant is romantic. It’s sensational. It’s art.

It’s food. You put it in your mouth and it becomes shit. But if you do it in the right place, someone might take your picture, give you a book deal, get you a television show.

The people have already forgotten the border, so why not make friends with the elements?

“I feel I can reveal more by writing stories in the tradition of hard-core, maybe weird literature, rooted in something weird and unknown, and infusing it with my life and where I come from, as unintentionally as possible” a creative writing mentor, who is building an earwax baby with his girlfriend, confides in “Nostradamus Baby.”

This needs no clarification.

“You know what must have happened. The reality Proust created in that book leaked into your reality. Do you see what that occurrence implies? It implies that there are similar leaks happening to other people’s lives all the time,” and eighth grade biology teacher tells his neighbor in “The Science Fair Protest.” “Flannery O’Connor might be leaking down on a teenage girl at the park, or Perez Galdos is leaking into a pensioned widower’s life.”

Flores, like all great Border writers, lives on that leak.

Here are the things the best border writers have in common:

1. They bust genre. The know every border is an imaginary line. They know if you do it the right way, or so long as you don’t get caught, you can have a foot on both sides and still stand proudly.

2. Their language is somehow floral and blunt. Even William S. Burroughs, with his gringo cadence and hard-boiled delivery—conveyed beauty while rattling your cage.

This is Flores’s third book. His first was the collection I have already discussed, and his second, the bizarre and gorgeous Tears of the Trufflepig, established Flores as a writer to watch. It is a bizarre look at cartels but in the vein of Juan Pablo Villalobos or Yuri Herrera. And, indeed, I would consider those two writers, along with Valeria Luiselli, Flores’ contemporaries in Latin American lit.

Valleyesque, though, is a triumph. It is the work of an artist trying to reveal an honest place. It isn’t drenched in phony violence, it isn’t packed with machismo lies. It is situated in a world aware of itself. It is an argument about aesthetic and behavior, and the characters mirror the region they spring from.

Simply put, it’s fiction from a region that you almost never hear about, and that you should all know intimately, because it is one of the most important literary regions in the world.

It’s the place where leaks happen.

And Valleyesque should be considered among the region’s best examples of literature. It should be taught alongside Burroughs, Rivera, and Anzaldúa.

The news from the region, on the other hand, is always disheartening and terrible. If you hear about the place, or see it streaming on the feed, you’ll get the same stories. Pain. Disfunction. Heartache.

But you’ll also get people trying to blame other people. Two sides. One border. That isn’t there but is worshipped.

But it’s great for art.

And Fernando A. Flores is most definitely an artist.

So, if you’re sitting at home feeling lonely and sad for all the children in Uvalde, why don’t you go read the type of book that those children might have grown up to write?

What right do you have, then, to care?

So shut the fuck up or buy Valleyesque. If you don’t do the one, you can’t do the other.

It’s the border. It is leaking. You are not from here. Choose a side.

Brian Allen Carr is a graduate of the University of Texas-Pan American.  His books include Opioid, Indiana and Motherfucking Sharks. He is the only ever white male finalist for the Aspen Words Literary Prize. He currently lives in Indiana where he works in the foundation repair industry.